Wonder Woman FINALLY gets an actress 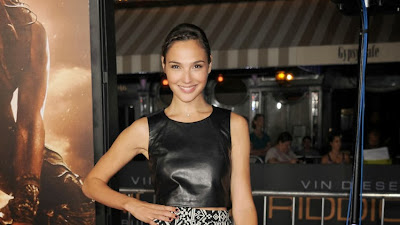 Boy, I go on vacation for a week and D.C. comes out with some hefty news: there's finally a Wonder Woman.

I remember way back to the early 2000's when Chyna, Lucy Lawless and Sandra Bullock were contenders for a potential Wonder Woman movie. 13 years later, Wonder Woman is coming to the big screen.

Gal Gadot has been cast to play Wonder Woman in the Batman vs. Superman/Man of Steel 2 movie that is scheduled for a July 2015 release.

First off, I had no idea Wonder Woman was going to be included in that movie. Second, before looking at her IMDB page, I had no idea who Gal Gadot was.

She's been in a couple of Fast and the Furious movies, so she probably won't have much difficulty making an action movie.

She looks the part well enough, though I think Jaimie Alexander (of Thor fame) would probably have been a better choice. Nonetheless, it's awesome that D.C. is finally making some headway.

D.C. has been left in the dust when it comes to live action super hero movies. Starting with Iron Man back in 2008, Marvel has taken the show.

The Dark Knight trilogy was amazing -- don't get me wrong -- but it's Batman vs. the entire Marvel franchise. Batman can't fend off The Avengers alone.

Thankfully D.C. has decided to kick things into gear, seemingly moving forward with an eventual Justice League movie and presumably a separate movie for Wonder Woman too.

Posted by Batson at 6:13 PM No comments:

Disney's 'to do' list: a live action Jafar movie

Disney is capitalizing on the large set of characters that have become icons through their various projects over the last 50 years. 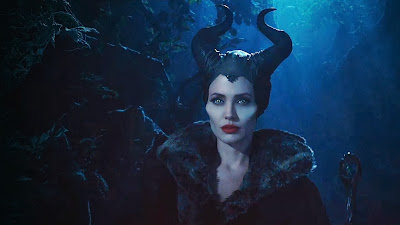 Maleficent, featuring Angelina Jolie in the title role, is set to be released next year on May 30.

Disney describes the movie as "the untold story" of "a beautiful, pure-hearted young woman" who has "an idyllic life growing up in the peaceable forest kingdom" until an evil army invades the land.

"Maleficent rises to be the land’s fiercest protector, but she ultimately suffers a ruthless betrayal—an act that begins to turn her pure heart to stone. Bent on revenge, Maleficent faces an epic battle with the invading king’s successor and, as a result, places a curse upon his newborn infant Aurora. As the child grows, Maleficent realizes that Aurora holds the key to peace in the kingdom—and perhaps to Maleficent’s true happiness as well."

Ever since I read The True Story of the Three Little Pigs, I've enjoyed projects that feature the villain's side of the story.