The search for Charlotte's best cupcake is on!

I was doing some Googling the other day, looking for someplace to get a cupcake, and realized just how many cupcake shops there are in Charlotte. There's quite a selection to choose from.

Where to go? Which one is the best? Those are the questions I intend to answer. Each week I'll go to a new bakery and test out a new cupcake (it's a rough job indeed).

So, without further ado, let’s get to the cupcakes! 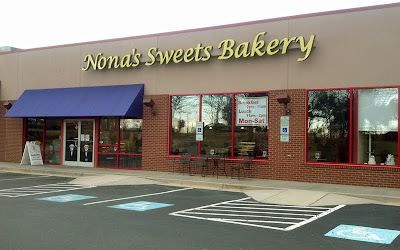 I’d never stopped before though. From the outside it looks like Nona's has a decent amount of store space, but I wasn’t expecting such a large selection of sweets when I walked in. 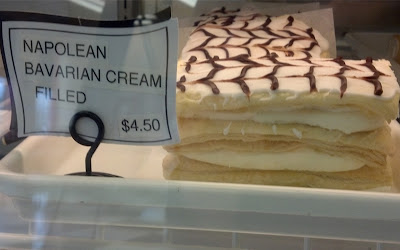 I was there to get cupcakes though, so I focused on that. 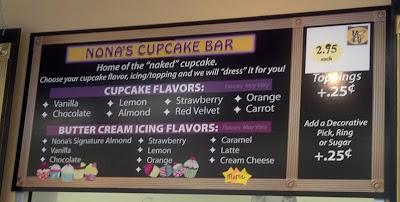 Nona’s promotes itself as the 'home of the naked cupcake.' In other words, once you decide which flavor cupcake you want, you can also choose the flavor of frosting to go on top of it.

There were available samples of the strawberry cupcake with the strawberry buttercream frosting. That one was too good to pass up, so I got a full cupcake.

I had to get another one though. They had a Snickerdoodle cupcake. I love the cookies, so I figured the cupcake would probably be good too. Next I had to decide which kind of frosting to get. I went with the caramel since that’s one of my favorite ingredients in just about anything sweet. 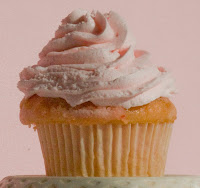 The strawberry cupcake was every bit as amazing as the free sample. Each bite was filled with a burst of strawberry goodness! It tasted just like a wedding cake. The strawberry frosting wasn’t overkill, which kind of surprised me. The frosting was stacked high, but the frosting-to-cupcake ratio was equated properly. Sometimes you get too much frosting and it overpowers the cupcake. That wasn't the case here.

There were no actual strawberry bits in the cupcake, which was a major plus for me. I’ve never been a fan of that. I was worried, at first, that the cupcake wouldn't hold together while I was eating it, but that wasn't the case.

It was soft, but it didn’t crumble when I cut it with a fork. 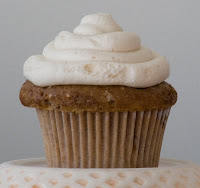 Same thing with the Snickerdoodle.

Just like the cookie, it was filled with cinnamon. It wasn’t an amazing cupcake though. I think the reason it wasn’t as amazing as the strawberry is because the caramel frosting didn’t work very well with the Snickerdoodle cupcake.

I had a bite of the cupcake without the frosting and it was very tasty. With the caramel frosting, it was fine -- wasn't bad -- but also wasn't that good.

Bad choice on my part.

Overall my trip to Nona's was definitely worthwhile. I’m anxious to go back and try the orange cupcake that I passed on -- and probably another strawberry one!