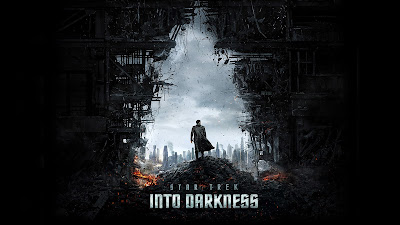 G.I Joe: Retaliation, Man of Steel, The Wolverine, Thor, Iron Man 3 and Star Trek: Into Darkness all made the cut.

After carefully going over all of the evidence, I have to say that Star Trek kicked the ass of all others. It was definitely the best of the bunch.

Thor 2 comes in next -- being almost as good. Jane slapping Thor wasn't needed, despite the fact that Natalie Portman said it was satisfying. She told E! Online: "I found it very satisfying. I think it’s behalf of all my girlfriends who had guys that didn’t call them back or disappeared or just fell off the face of the earth."

Man of Steel came in next. Although it had some problems (click to read about them...though it may make you like the movie less). Still, it was a good movie. It can only get better from there, especially if the sequel has Batman and Wonder Woman involved and leads to a Justice League movie.

Iron Man 3 was good for a third movie in the trilogy, but Guy Pearce and the whole concept of being able to breathe fire brought it down.

The Wolverine and G.I. Joe 2 were both good. G.I. Joe was better than I thought it would have been.

The action scenes (especially the sword fight on the side of the mountain) were awesome!

The Wolverine was worse than I thought it would have been. The sequence on top of the train was great, but the scene at the end with the ninjas shooting arrows? I thought it could have been much more powerful. Add some music to that sucker to make it powerful!


Related Content:
• Movies to watch out for in 2013
• Wonder Woman FINALLY gets an actress

Posted by Batson at 4:51 PM No comments:

If you've talked to someone at work this week, watched a news program or spent any amount of time on the Internet, then you know that Beyonce released a surprise album last week -- titled BEYONCÉ.

It was called a "visual album" because of the fact that she released 17 videos along with the 14 songs -- all at once on iTunes. Without any buildup or promotion at all, Beyonce's album went to number one. Talk about a marketing plan that worked to perfection!

While I've never been the biggest fan of Beyonce (I liked a few of her Destiny's Child songs and enjoyed listening to "Crazy In Love," but I wouldn't call myself a fan), I was impressed with the way she released the album and thought I'd check it out.

I've seen a lot of people tweeting about it being flawless and mentioning that Beyonce showed a lot of growth on this album. After listening to it, I can't say I agree. More often than not, the album is boring, plain and has very few moments where Beyonce actually sings.

Rhythm and blues isn't a genre I always enjoy, but when done right, it can be good. While the album sales are obviously in Beyonce's favor, she didn't impress this reviewer. If you're looking for a review full of praise, you might want to skip this one. 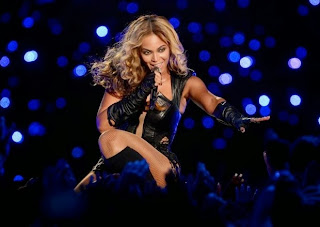 The message of this song is very positive, talking about the pressures to look a certain way:

While the lyrics are impressive and thought-provoking, the song itself doesn't leave much of an impression.

As the search for Charlotte's best cupcake winds down, it's time to take a look at another candidate. This time I went to Pat-A-Cakes Bakery in Rock Hill, South Carolina. It's a nice little bakery that has Tuesday price specials, so make sure to stop by on a Tuesday. 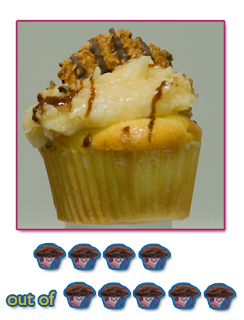 I typically don’t like coconut, so this cupcake had me a little nervous. For whatever reason I do like Samoas though. I figured I’d give this cupcake a shot, but I didn’t have very high expectations for it. There was a giant glob of coconut on top.

This giant glob of coconut doesn’t make the cupcake taste like your typical coconut-covered baked good.

The caramel they mixed with it helped create an authentic Samoa taste. That cupcake didn't last too long.