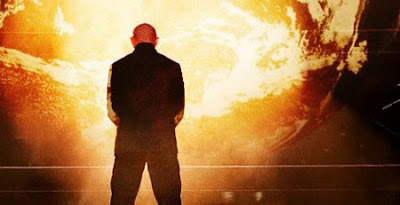 Whatever magic Pitbull had over the past few years, it’s not present on his Global Warming album.

He used to be different. He was unique when he first got mainstream radio play in the U.S. His Spanish accent, his signature phrases (lots of ayeeee's and dale's), and the fun vibe that infectiously spread threw the speakers.

It’s all there on Global Warming, but so are the same stories he rapped about before. There’s only so many times you can hear Pitbull rap about making money, getting ladies (having one night stands and threesomes) and overcoming the odds before it becomes borderline gloating.

He’d have you believe he’s got a lot of street credibility, rapping about his experiences selling drugs (but never expounding past a lyric or two), yet he throws out a line like this:
“I break down companies with all my peeps.”

That’ll up the cred for sho’.

He’d better get some new material because his act is tired and worn out. Truthfully it was getting that way before Global Warming, but now it’s like an overcooked Thanksgiving turkey. 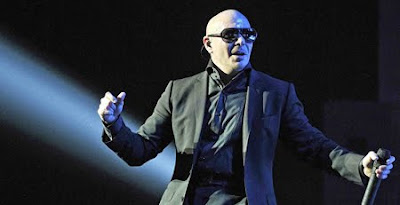 It gets to the point that you start feeling sorry for the guy. Despite racking up the SkyMiles and having the finest of things life can offer, Mr. Worldwide’s world doesn’t consist of anything more than that.

It’s alright for a track or two, but an entire album of songs (and radio release after radio release) is just annoying.

Pitbull has proven that he can be entertaining, but on his own album, you're left wanting more of the numerous people he collaborated with -- not Pit. His collaborators aren't enough to save the album though.

Global Warming (feat. Sensato)
Starting off with music from the Macarena, Pitbull starts off Global Warming by complaining about fake thug rappers and then goes off into how he’s got money and it’s all about billionaires. “Welcome to the new school.” 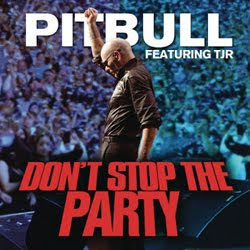 Don’t Stop The Party (feat. TJR)
When I heard this song on the radio for the first time I kept waiting for the hook. Where was the main chorus?

When I figured out that it had already come and gone, I was disappointed with it. It’s just not the most catchy song in the world.

“I’m out for the Benji’s, Franki’s, C-Notes/Just cuz you ain’t me, don’t hate me/As a matter of fact, you should thank me/Even if you don’t, you’re welcome, young kids.”

The lyrics give a bit of insight as to how big Pitbull’s ego may be. I didn’t mind it on his previous songs. I don’t even necessarily mind it on this track.

It’s when you add this song with the rest of them on the album that it becomes too much. 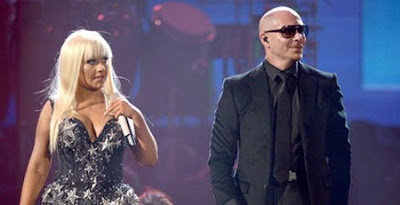 Feel This Moment (feat. Christina Aguilera)
Christina picks up where she left on Lotus, in full comeback mode. She made this song a good listen.

Pitbull, who improved just about every song he was on in 2010, brings this one down. More of the same nonsense about money and how awesome Pitbull is:

The song utilizes the recognizable synth riff from a-ha's "Take On Me." That may be the best part of the song, outside of Christina's parts.


Back In Time
This one, used as the theme song for Men In Black III, is probably the best song on the album. While it’s not a bad song, it’s not Pitbull’s best. That should give you an indication of what to expect from the rest of the songs.


Hope We Meet Again (feat. Chris Brown)
Say what you want about Chris Brown, but he can produce a good song -- and he's not too shabby when it comes to singing.

Pitbull’s bits on the track – once again about defying the odds and finding success (borderline gloating) – had nothing to do with what Chris Brown’s lyrics were about.

Brown, whose lyrics seem to focus on a young lady, sings: "This is the night we won't forget/Whatever happens in the end/I just hope we meet again."

Pitbull raps: "One thing's for certain, two things for sure/Iheartradio, I close show/My life's like broadway/No camera welcome to the show"

"DJ Got Us Fallin' In Love" was fine. After Pitbull appeared on the track, which was on Usher's album, Versus, you had to know Usher would be returning the favor, appearing on Pitbull's album.

Unfortunately he doesn't return the favor very well. It's an alright club beat, but even then it leaves a lot to be desired. The party is definitely over for "Party Ain't Over."


Drinks For You Ladies (Ladies Anthem) (feat. Jennifer Lopez)
I thought "Don’t Stop The Party" was boring, but this one makes that one seem like AC/DC's "Back In Black." Jennifer Lopez’s best songs are long gone, so she does this track no favors.


Have Some Fun (feat. The Wanted and Afrojack)
Somehow even a track featuring The Wanted on this album wasn’t very good.
On this track Pitbull was, “Reporting live from the UK.”

This time around Pitbull borrow's from Sheryl Crow's "All I Want To Do."

The Wanted sings: "All I want to do is have some fun/I got a feeling I'm not the only one."

It's not bad, but it feels uninspired.


Outta Nowhere (feat. Danny Mercer)
This is one of the few bright spots on the album. Danny had some impressive vocals, hitting a few high notes.

Then Pitbull delivers some more of the same.

“I live the fast life/going nowhere fast/I see my past life/and politely pass.”

Thankfully he switches out of that mode after those couple of lines. He raps about some of the same material he’s rapped about before, but he delivers it with more conviction on this track than he has on the rest of the album. 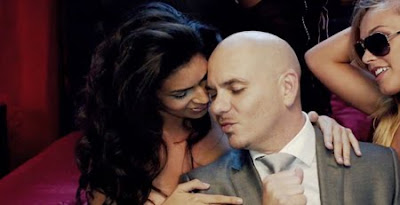 This one is about picking a girl and getting with her.

“We ain’t here for a long time/we’re here for a good time/so take a sip of that Voli and unwind/and let me fuck you blind.”

This one is raunchy and repetitive in terms of the lyrics. There are some decent beats here, but not enough to make the song worth listening to more than once or twice.


Last Night (feat. Havana Brown and Afrojack)
Another one with a decent start. There was some interesting music and some pleasant vocals (thanks to Havana Brown) but it leaves you waiting for the hook.

The lyrics are more stereotypical rapper crap:
“I can’t remember her name/But that ass I remember fo so’!”


I’m Off That
By far the worst track on the album.

Pitbull explains the new lingo he's trying to introduce into pop culture at the beginning of the track:

For those who care, here's what he's loves and what he's off.

With much of the country still trying to recover financially, Pitbull is singing about being over maseratis. Out of touch, arrogant, or being real? Regardless, it’s a shame he didn’t put this on his Facebook profile instead of wasting three minutes and 18 seconds on his album with it.


Echa Pa’lla (Manos Pa’rriba) (feat. Papayo)
As you can probably guess by the title, this track is in Spanish. It’s got some Spanish flare to it, so it’s a nice change of pace. Part of what probably made it better is that I didn’t understand the words, so there wasn't anymore bragging about money, cars, women and everything else loose and fast.

Everybody Fucks (feat. Akon and David Rush)
Forget about it being wrong and give into your inhibitions. That's essentially what the song is about -- or what the title says.

"Let your body decide what it does."

It's nice to hear Akon's presence on a song again, but overall, 'meh.' This one will probably hit the radio at some point (obviously edited).


Get It Started (feat. Shakira)
By this point in the album, I was greatly relieved to hear Shakira’s voice start this track off. It’s been a while since I’ve heard something from her.

Then we get the same thing Pitbull gave on the first track – lyrics about how worldly he is:
“Two passports, two cities, two countries, one day, now that’s worldwide/If you think it’s a game, let’s play”

There’s of course a Voli reference on this one:
“Now there’s Voli everywhere I land.”


11:59 (feat. Vein)
I guess this is supposed to be the club-stomper on the album, but even this one isn’t that exciting. This was my introduction to Vein. He’s actually a lot of fun on this track. His whistling and his lyrics (assuming he’s the one who wrote them) weren’t half bad.

Okay, so they’re simplistic and repetitious, to the point of headache-inducing, but the rest of the song is good. Vein’s contribution makes this track worth whatever it’s worth. 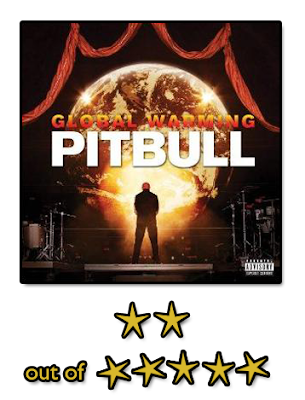 And that’s a wrap. I think this album would make anybody re-think their stance on illegal downloading if they paid full price for it.

Unfortunately all his signature sounds come off as stale and overdone rather than purposefully done.

Maybe I’m being a little too harsh because I was so blown away by Bruno Mars’ ability to keep his signature style without compromising his ability to innovate on Unorthodox Jukebox.

By comparison, Pitbull comes off as a one trick pony that simply isn’t capable of evolving.

Posted by Batson at 3:45 PM No comments: