10 totally cool items that should be real 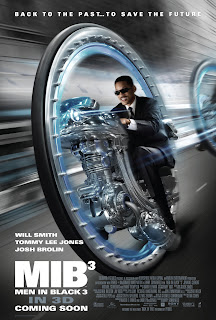 I watched Men In Black 3 the other day (pretty good movie...a review likely to come at some point) and saw their completely awesome....uni-motorcycles, for lack of a better term.

The one, large wheel was on the outside and the seat was inside of it. The design allowed easier maneuvering than your typical two-wheeled motorcycle. The bikes also made for a pretty fun action scene.

Mostly, though, they made me want to ride on one of those for real. If only...

It got me thinking about some of the other things in movies and TV shows that should be real. There's actually several things that came to mind pretty quickly.

Here's the list I've come up with. From 10 to 1, these are the totally cool items that should definitely be real: 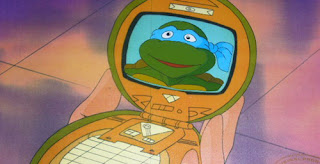 For those not familiar with the TMNT universe, the TurtleCom was a way for the turtles and their pal April O'Neal to communicate with each other in times of emergency because let's face it: super heroes don't have time to stop and find a pay phone.

The turtles just whipped out their TurtleComs and quickly communicated with each other whenever they wanted. It was the originally cell phone. True, you can play Angry Birds on your iPhone, but is it shaped like a turtle shell? I didn't think so. 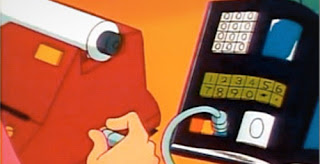 In the animated Inspector Gadget series, the Inspector's niece, Penny, was always helping him out. Her most useful piece of technology was a book. Inside the book was all kinds of technological possibilities.

Penny could look up information, record video, make calculations and do pretty much anything else she wanted to do. Apple obviously took notice and created the iPad, but kids probably have a harder time getting away with using that in the classroom than they would if it were shaped like a schoolbook. 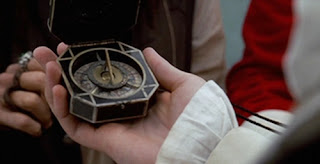 No matter what kind of crazy situation Captain Jack Sparrow found himself in (and he did find himself in some pretty crazy situations, didn't he?), he always managed to find the Black Pearl. You'd think that would be tough, but it wasn't -- thanks to his handy dandy compass. It wasn't your typical compass -- showing North, South, East and West directions.

It gave directions to what you wanted the most. If I wanted to find the world's best tasting maple donut, more than anything else in the world, I'd be able to because this magical compass would show me the way. Not always useful, but if you've lost something valuable it certainly would be handy tool in your search. 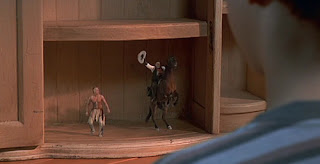 7. Omri's magic cupboard (The Indian in the Cupboard)

How cool would it be to have a cupboard that made your toys come to live? All you have to do is put the toy into the cupboard, shut the door, and turn the key to lock it. After that, you unlock the cupboard and open it to find your toy come to life.

I have several old action figures at home that I would bring to live. First there's Beast, from the X-Men series. Because of his intelligence, I think he'd react well to finding out that he's an action figure in my world and that I transported him here with my magic cupboard.

Then there's Master Splinter. He's already a rat, so nobody would even suspect that I had a pet that could talk and was once an action figure.

The action figure I would definitely avoid putting into the cupboard is The Hulk. I'm pretty sure he'd bust the inside of that cupboard open and you'd be stuck with a small, crazy-strong green monster running around, destroying things in your room. 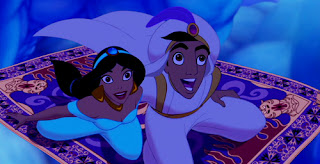 Imagine having your own magic carpet at your beck and call. You have to go get groceries on a nice day? Don't drive the convertible. Take the magic carpet!

The only bad thing is there's no seatbelt, so you get a big gust of wind or a temperamental carpet and you end taking a nosedive. I guess there's also probably a weight limit because the carpet on Aladdin got trapped under a large rock a couple of times.

Unless you're The Big Show, you'd probably be fine. 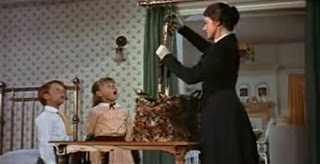 From a magic carpet to a magic carpet bag. Mary Poppins knew how to travel. She flew using a magic umbrella and she packed everything she wanted in a single bag. It was like the never-ending bag of goodies. She pulled a lamp, a large mirror, a coat rack and a tape measure out of the same bag.

Forget calling Uhaul -- just use the bag. No more mini-vans packed to the roof during holiday trips. That little bag would make any kind of travel a lot easier.

I don't think the airlines would like it, but I sure would. One carry on bag is enough for me! 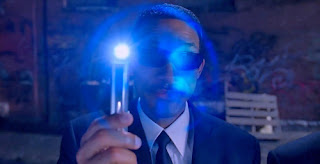 4. The flashy thingy (Men In Black)

When you are trying to keep your inter-galactic battles with aliens out of the public's eye, a flashy thing that erases people's recent memories is an essential tool of the job. You may not be a Men In Black agent, but there's still a lot of uses for this one.

You get angry at your boss or maybe a family member during a reunion and want to get it off your chest? Go ahead! Tell them exactly how pissed you are and then have them look at the flashy thing. It'll erase their memory of what you said.

Better yet -- say something stupid on a first date? Instead of an awkward goodbye at the end of the night, flash that thing in her face and tell her that she had a wonderful time, that you were funny and that she agreed to a second date.

Dating, anger management -- yep, I could think of a lot of uses for this one. 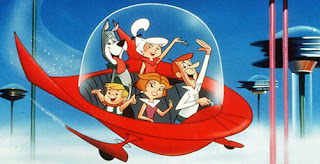 Talk about an awesome way to avoid freeway traffic! No more five o'clock rush hours or multi-mile backups when there's a tractor trailer accident. The Jetson's definitely knew how to travel.

As if that wasn't cool enough, the car folds up into a briefcase when you're parked. No need for a parking ramp.

I'd let Apple tweak this one a little though -- so that it compacts down into an iPod. That way you don't have to carry the briefcase. 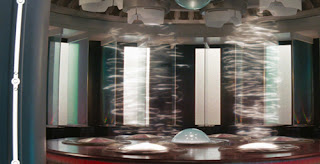 An even faster way to travel than using the Jetson's space car is using the transporter from Star Trek.

It may not be as convenient as the space car. After all, you'd need someone to operate the machine, beaming you to wherever it is you're headed. Operating a DVR can require looking at an instruction manual these days, so I'm not sure I want my family members beaming my particles anywhere anytime soon.

On top of that, there's always the possibility of a technical malfunction, resulting in your particles not re-accumulating. That would leave you stuck between transports -- as some kind of floating, particle mess.

Still, if all goes well, it would be a pretty cool way to travel. 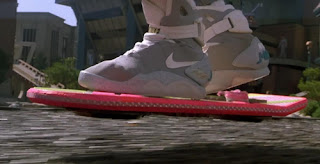 1. The Hover Board (Back to the Future)

You can't travel through time with this board or make people forget things, but it would be damn cool to have on a boring Saturday afternoon.

Could you imagine hovering around the neighborhood, hanging onto the bumpers of cars to get around? Marty McFly sold me on this one the moment I saw it.

I was a kid when rollerblades first became popular. I remember how cool they were. Just imagine being the first kid on the block to own a hover board. No matter whether it's the past, present or future, the hover board is an item on the 'must own' list.