The Jurassic Park universe was new to me as recently as 2015.  I'd never seen the movies growing up because dinosaurs weren't a major interest to me.  I was more into spy movies and superhero movies than anything involving a dinosaur.  Maybe Barney ruined them for me!

I decided to watch the trilogy on Netflix and I was pretty impressed.

As it is with many movies, the quality of the movies decreased with each sequel that was released.

But then the franchise was relaunched with Chris Pratt (coming off of his Guardians of the Galaxy success ... see?  It all goes back to superheroes).

I'm usually one to watch movies or television shows in order, so I watched Jurassic World before I could even think about watching Jurassic World: Fallen Kingdom.

It wasn't a bad movie.  There were definitely some 'Sure, like that would happen' moments, but that's to be expected when you're watching a movie about dinosaurs.

Talk about a disappointment!

Jurassic World gave me hope that the franchise was worth watching again after the awful Jurassic Park 2. 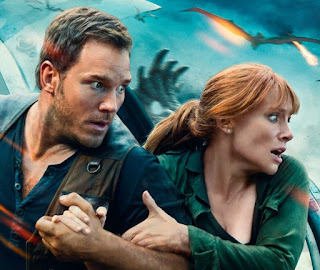 I don't think Bryce Dallas Howard added much to either movie.  I just found out that she's the daughter of Ron Howard.

She's gorgeous!  She has a great look, but her acting didn't leave me impressed.  It wasn't awful, but was middle-of-the-road for me.

She has more of a role -- or at least it seemed like it -- in the first movie.  She played Claire Dearing.

The second movie kind of started on the path of following the relationship of Claire and Owen Grady (Pratt).  I feel like the writers forgot about that halfway through the movie.  Their little romance was an afterthought.

I don't think I can blame the actors for this lackluster Jurassic World sequel.  The blame falls on the writers / producers / director.

The story was very messy.  I don't mind complicated stories.  Inside Man was a great movie that made you think.  Man on Wire was interesting.  That wasn't your usual movie.  Baby Driver had a lot of double crosses that most probably didn't see coming.

This was just a sloppy script that seemed rushed in order to make a sequel.

I guess there's a Jurassic World 3 in the works, but I predict it going the way of Pirates of the Caribbean, doing worse than its predecessors. 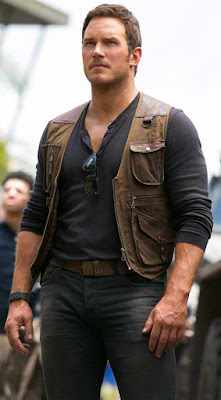 Back to this movie though.

Pratt did a good job as the headliner.  It felt like the script was too crowded though.

Pratt should have been the main draw, but the other characters and script issues made it seem like he was almost in a filler role than the main star of the movie.  Pratt, Howard and the dinosaurs were the main characters that returned.

The movie didn't seem to be about the Owen Grady that was fun to watch in Jurassic World.  It seemed like Grady was just along for the ride.

Pratt's acting was on point.  He brought some action to the movie and a good amount of comedy.

He was believable in a world of test tube dinosaurs.  He made that world seem legitimate and made the silly script seem at least somewhat legitimate.

Who else did we have?  Franklin Webb (Justice Smith) and Zia Rodriguez (Daniella Pineda) were two characters that I just couldn't get behind. 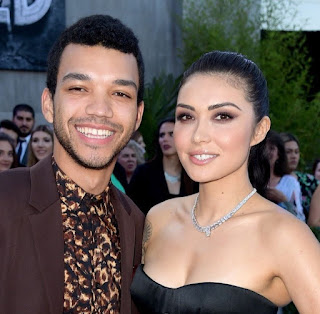 The actors were fine.  The characters were OK.  There wasn't much to connect me to them or draw me in.

They were disposable characters unfortunately.  They were given their own little side storyline, but I wasn't intrigued by it.

I think the better route would've been to keep them as bit characters that provided comedy.  Jurassic Park and Jurassic World both had some characters that were there for comedy and it worked very well.

Instead of following that model, these two were supposed to be main characters in the movie, but if you don't care about their storyline, then they were just kind of there --- eating up screen time the way a T-Rex eats its' prey (little dinosaur analogy there).

One problem with the movie is that there were so many bad guys.  Again, I don't mind shades of gray and complex storylines, but Eli Mills (Rafe Spall), Gunnar Eversol (Toby Jones) and Henry Wu (B.D. Wong) all appearing as villains who didn't even really get along with each other was too much.  Just too much going on. 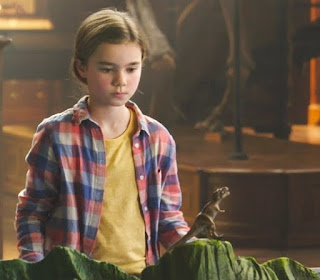 There was the old guy and a little girl in this movie as well.  I don't remember their names.  They didn't appeal to me, so I felt there was too much focus on them as well.

I didn't find myself really caring about either of them.

The old man was supposed to be a big-time player in the world of dinosaur expeditions and cloning and whatnot.

Yet I don't feel like his background was explained well enough.  It was almost as if the writers said, 'Ok, he's a big deal.  Got it?  Good!' and then moved on.

I would've preferred a little better of an explanation as to who he was and why I was supposed to care about him for the rest of the movie.

There was a big reveal about the little girl -- or what was supposed to be a big reveal --- but the foreshadowing gave it away long before the movie characters figured it out.

Sometimes movies can weave together multiple stories seamlessly.  Other times, they can't.  This was one of those times where it didn't work out.

There was a simultaneous problem in this movie: too much going on and not enough care factor for the stories that were being played out.

The little girl probably should've been caught by the bad guys or a dinosaur a couple of times, but somehow she evaded the villains of the movie like a ninja. 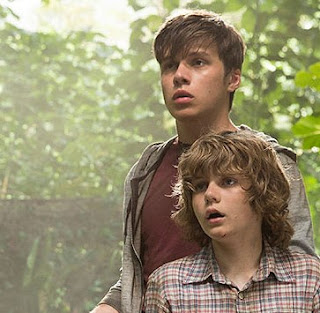 Maybe it was the whole brothers quarreling side story that I liked.  I'm not sure.

I would've rather have seen them somehow introduced into this storyline than the old man and the little girl.

The story in Fallen Kingdom just wasn't that good.

The island is exploding so we have to save the dinosaurs, but wait -- there are bad guys who want to sell the dinosaurs!  All the while the humans are still messing with the dinosaur DNA.  They just never learn. 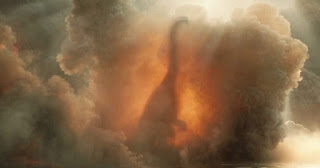 The more simplistic 'dinosaurs break out of their cells' story from Jurassic Park and Jurassic World were much more appealing to me.  Jurassic Park 3 --- rescuing the kid from the island --- made sense, too.  Jurassic Park 2 was sloppy, just like this one.

The ending?  Stupid.  Just stupid.  Howard's character --- Claire Dearing --- made the right call, but then the little girl made the wrong decision.  In the character's defense, she's a little girl.

But how selfish was that?

Jeff Goldblum's character was the voice of reason in this movie.  He spoke logically about dinosaurs.  As much as they are living things, they don't belong in the human world.  It's just not something that can co-exist with us. 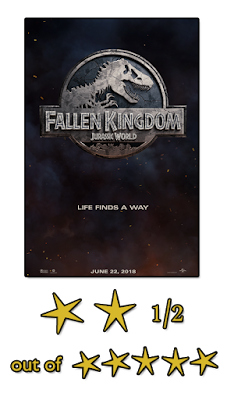 The image of the brontosaurus being abandoned on the collapsing island was very sad.  Absolutely.  That's life though.  That's just how things work.  To quote the Lion King: "It's the circle of life."

This felt too much like an activist movie trying to sell us the point that dinosaurs deserve to live instead of being a story about characters whose paths cross with dinosaurs.

Goldblum did a good job at making a lasting impression, despite not having a big role.  I hope that he and Pratt have more screen time and are a bigger focus in the storylines in Jurassic World 3, which I'll probably rent from Redbox.  No theater screening for me, however.