I was really excited about a new adaptation of Peter Pan when I first heard about it, especially after hearing that it’s a friendship story between Captain Hook and Peter Pan.

Peter Pan is one of the most repeated stories there is, so having this fresh take on it was a fun idea. Then I saw the trailer. That’s where the excitement ended.

Tiger Lily (Rooney Mara) looked like she went shopping in Cher’s closet rather than being tribal member. Then again, she’s not Native American, so I’m not sure why she was cast in the role in the first place.

Then there was Blackbeard. Hugh Jackman seems like a great choice to portray Blackbeard, but good Lord! The costumes and the awful hair piece ruined any excitement I had in seeing Jackman in the role.

He looks like a freaky pirate version of Michael Jackson --- and that’s not a compliment.

So, yeah. Questionable casting so far and bad wardrobes in the trailer. Not a great way to get people excited for a movie, huh? Oh yeah – the graphics looked like they would be hit or miss, too.

I figured I’d give it a chance, though. After all, my apartment complex had it available for free. Unfortunately, (fortunately, for me), that’s the right price for this movie. 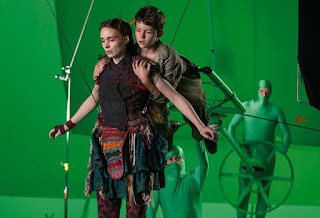 My biggest problem, overall, was the graphics. The movie was released in 2015. I can name you some TV shows and movies from the 1990’s that had better visual effects. A good portion of the movie looked like it was shot in front of a green screen.

Well, I’m sure a good portion of the movie was shot in front of a green screen. But I don’t want to know that when I’m watching a movie. I want a realistic looking setting.

It’s a fantasy film, so it’s important to take the audience to Neverland and whoever was in charge of the graphics or whoever limited their budget ruined the movie. 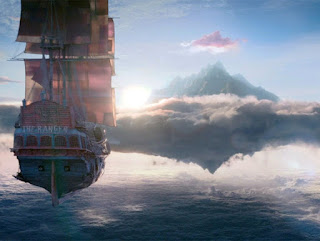 The trip from England to Neverland was more than a little overdone, lasting several minutes, especially with the bad graphics.

Floating bubbles (that birds would fly through) filled with alligators were present for some reason. There was a floating-ish mountain as well. The makers of this movie should’ve checked out Avatar before trying to bring Neverland to life. They did it much, much better.

One of the final scenes, which took place in a cave full of crystals, looked alright, but I shouldn’t have to wait 100-some minutes to get a scene that looks good.

There were a few fun concepts. There’s a lot of rope work in this movie. People are flying down from above on bungee-like ropes and then bouncing back upward.

There’s a scene with a large exchange of gunfire. Instead of blood being shed, the heroes blow up into colorful clouds of smoke, keeping the movie PG. That was creative. I’ll give them that. 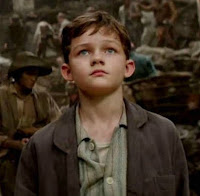 Levi Miller played Pan. Miller didn’t astound me, but seeing as how child actors are generally awful, Miller did an okay job. I have no major complaints on his performance.

He grew on me a little bit, even, by the end of the movie.  I think the focus was a little bit too much on him though.  I know it's a movie about Peter Pan, but giving such a large leading role to such a young actor?  It's risky.  Here it somewhat worked.

Like I said, Miller wasn't bad, but the real star of this movie was Garrett Hedlund, who did a very good job playing a not-yet-evil Hook. 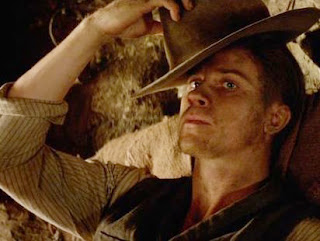 I’d actually seen a lot of his movies (Troy, Eragon, Georgia Rule and Tron: Legacy), but I guess his work wasn’t too memorable to me because I had to IMDB him before writing this blog.

Hedlund’s performance as Hook was one of the highlights of the movie for me. Like I’d said before, the concept of him being a mentor of sorts to Pan was different and it’s what initially generated my interest in the movie.

It was a little bumpy along the way. Pan is taken from an awful orphanage run by a heartless nun and is then taken to Neverland to work in a slave labor environment, before Blackbeard makes Pan walk the plank – all within the first half hour of the movie.

Oh!  We can't forget about the semi-musical number that was completely unrealistic as well.  So here Pan is, set in a World War II  timeframe.  Thousands of miners halt their slave work to sing a Nirvana song.  No joke. 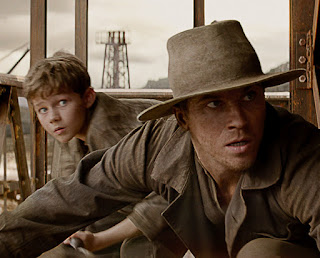 However, it was neat to see Hook and Pan foster a relationship that would eventually lead into a never-ending rivalry.

The budding romance between Tiger Lily and Hook probably helped the story more than it hurt it.

After losing her Cher garb, Tiger Lily displayed some decent fighting skills, but a fighting female has become the norm in movies these days, so it doesn’t come off as original here.

It was interesting that Blackbeard’s final fight scene was against Tiger Lily, rather than Hook.  I figured there would be more of a Blackbeard / Hook rivalry in this movie than anything else, but Hook didn't do much of the fighting, really.  Blackbeard was after Pan because he was the 'chosen one.'  He was the one who was there to fulfill the prophecy that had been predicted several years ago.

Oh yeah – there were mermaids. 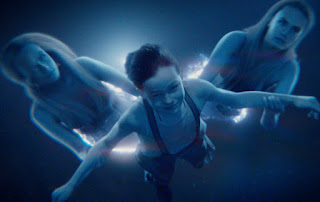 That’s pretty much the only thing you can say about them because that’s about the extent of their importance in the movie.

I'm surprised Cara Delevingne was even given a credit in this movie.  I wonder how much money she made for her 45 seconds of screen time?

I should quite being so negative about this movie, but I was hoping for so much more.  It seems like a waste of a good opportunity with the acting talent of Hugh Jackman and a different spin on Peter Pan.

I think the wasted potential is why I'm more disappointed in Pan than I usually would have been.

We’ll end this review on a couple of positive comments. One: there was a massive alligator that did a dolphin leap over the boat that Pan, Hook and Tiger Lily were in. That was a pretty cool visual! There was some innovation in that.

It would freak the hell out of me since I'm scared of alligators -- even more so with this abnormally large one that's able to leap out of the water! 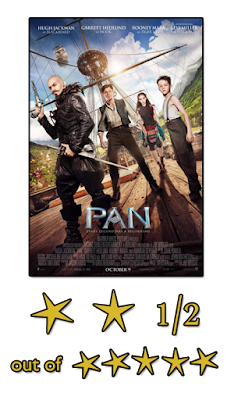 Another original concept was the mermaids lacing the waters with memories, bringing the past to life in a visual photo book of sorts.

Lastly, the writers did a decent job of telling the story of Pan’s search for his mother and building to an important moment: Pan truly flying for the first time.

I watched this movie while unloading my groceries, paying my bills, and filing some paperwork. That’s how I’d recommend watching it. Have a little something to keep yourself busy because if you give Pan your full attention, you’ll probably be too bored or disappointed to finish it.