Some of the best and worst movies of 2013 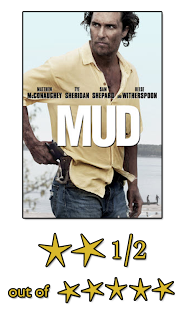 I kind of feel like I should give this one another shot. After all, I was playing Candy Crush when I was watching it. Then I fell asleep. That's how boring it was though. It failed to keep my interest from the start.

Mud is a drama about two young boys who find a man named Mud hiding out on a secluded Mississippi island. The two boys -- Ellis and Neckbone -- help Mud in what he says his goal is: trying to win back the woman he loves. In return, Mud will give the boys his boat.

Mud ends up tricking the boys into stealing. All the while there's other drama unfolding with Ellis' parents, who are separating. The entire movie seemed pretty disjointed, but maybe Candy Crush is to blame for that (love that app!).

Joining McConaughey are Tye Sheridan, Sam Shepard, and Reese Witherspoon. Usually Matthew McConaughey movies are watchable, but this one was a struggle.

I'll probably end up watching it again one day -- just so I'm sure that I gave it a fair shake. 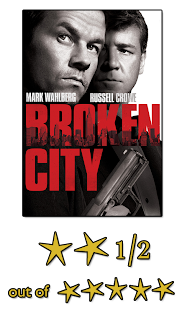 Catherine Zeta-Jones, Mark Wahlberg and Russell Crowe star in this snoozer about an ex-cop (Wahlberg) who is blackmailed by the mayor (Crowe) into doing dirty work when the mayor's wife (Jones) is suspected of having an affair. There is a twist or two, but who cares about a twist when you don't care about the story in the first place?

Despite the (somewhat) surprising twist, the movie is fairly typical. What ends of happening is exactly what you'd expect to happen after reading the description of the movie at the Redbox.

It's a political blackmail movie that doesn't come close to being as good as a lot of other political thrillers. You don't end up suffering through this movie, but when it's over it leaves you questioning why you wasted your time.