When The Amazing Spider-Man was first released in the early part of July, it wasn't on my list of movies to see in the theatre.

I'd just seen The Avengers in May and The Dark Knight Rises, which was on my must-see list, was going to be released just a couple of weeks later.

Unfortunately, the new version of Spider-Man was the summer super hero flick that didn't fit into my checkbook.

That changed last Tuesday though.

I was trying to figure out what to do with my evening. I noticed that Cinemark 10, in Matthews, was showing The Amazing Spider-Man. I'd never been to Cinemark 10, but it was the cheap theatre, from what I'd heard. 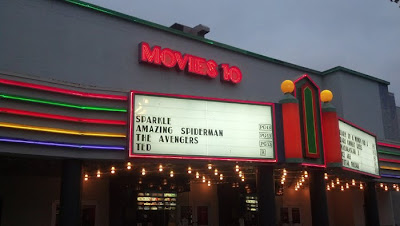 I figured watching Spider-Man on the big screen would probably be more fun than watching the DVD on my 20" Vizio television at home.

I got to the theatre and it was pretty much deserted. I was literally the only person in the lobby. I purchased my ticket from a machine. It took me a few minutes to get the ticket because I stood there for probably 30 seconds, trying to figure out if the total was correct. 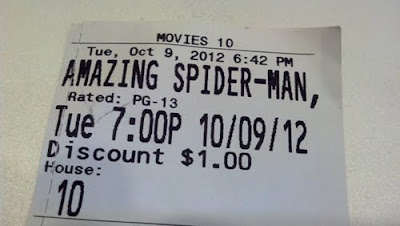 Surely that couldn't be right. The total stayed the same after I deleted the ticket and added it again.

If you got to Cinemark 10, make sure to eat beforehand, though. The popcorn and soda prices are about $4.00, minimum, for each. It's still cheaper than a regular trip to the movie theatre, but not by much if you get the large soda and popcorn.

Onto the movie though.

I was one of the fans who thought it was too soon to resurrect the Spider-Man franchise. The Tobey Maguire franchise had it's issues, but overall it was a good trilogy. Spider-Man 3 is just 5 years old.

It's Spider-Man though. Plus, the hilarious Emma Stone is in the film, so it has to be good right?

Thankfully, the answer is: abso-freakin'-lutely!

Emma Stone brought a combination of comedy and seriousness to the Gwen Stacy character. To be honest, she did a much better job playing the female lead in just one film than Kirsten Dunst did in three of them. Yes, Kirsten, Emma lived up to expectations. 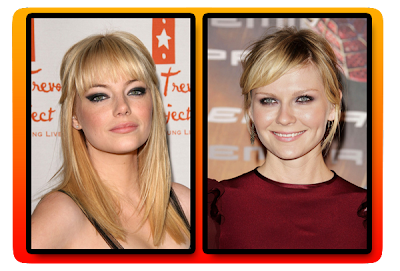 I was expecting that out of Ms. Stone though.

I wasn't expecting Andrew Garfield to steal the show. He did a very modern portrayal of Peter Parker and he did it very well. Tobey Maguire was perhaps a more classic, nerdy Peter Parker, but Andrew Garfield brought a much more relatable awkward teenager vibe to the role. 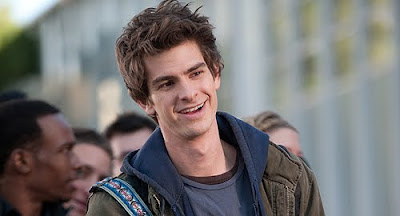 This was the first film I'd seen Garfield in even though he has acting credits that go back to 2005. He definitely left me wanting a sequel and another one after that. 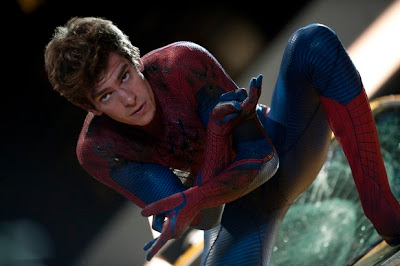 Sally Field successfully portrayed Aunt May and Martin Sheen was a quality choice to cast as Uncle Ben. 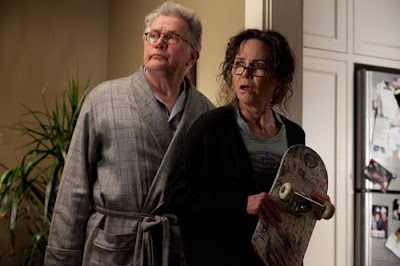 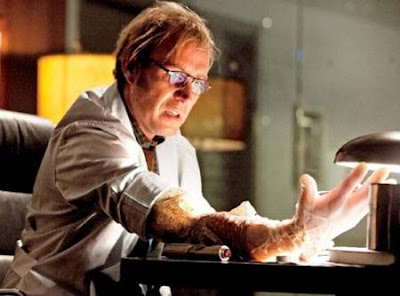 He was a little bit lackluster as a villain, but I'm sure that can be forgiven by any Spidey fans out there because we finally got to see a big-screen version of The Lizard. The Sam Raimi trilogy gave us The Green Goblin, Doc Oc, Venom and Sandman. Four very good Spider-Man villains to include, no doubt, but The Lizard was one I would've preferred to see before Sandman. 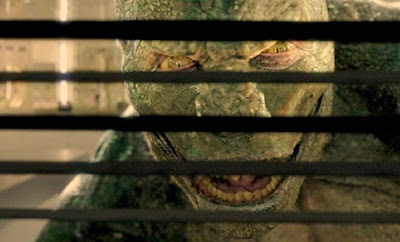 The Lizard and Spidey had some creative fight scenes together. When it came to the fight scenes, I didn't notice any repetition from the Maguire trilogy. The last fight sequence in The Amazing Spider-Man actually felt more epic than the most of the action scenes in the Maguire movies.

It wasn't all action though. There was a lot of comedy -- something I think the Sam Raimi-directed movies lacked. His emo twist on Spider-Man wasn't a fail in my book, but I do prefer the levity that this Marc Webb version delivered.

Along with the action and the comedy was, of course, a little bit of romance. The relationship between Gwen Stacy and Peter Parker was fun to watch blossom throughout the film. 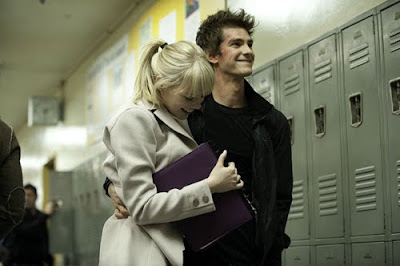 It all seemed very natural, which makes sense since Stone and Garfield are apparently dating each other in real life.

Overall I was really impressed. It felt like a fresh story.

If you rent the film on DVD or see it in a cheap theatre near you, yes, you should stay until the end. There is a bonus scene after the initial credits. Unfortunately it doesn't really lend a clue as to who the villain in a possible sequel would be. 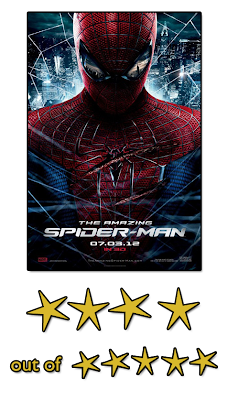