There were rumblings that Nicki Minaj may not be back for another season of American Idol, but it turns out that AI original, Randy Jackson, won't be returning next season.

As American Idol struggles to stay relevant and remain on top of the ratings battle, they've pretty much resorted to musical chairs with their judges. First Paula ABdul was out. Then Kara Dioguardi and Ellen DeGeneres were in.

Then Ellen was out. Then Kara was out. Then Simon was out while J'Lo and Steven Tyler were in. After a very boring season with Lopez and Tyler as judges, they switched it up, signing on the level-headed Keith Urban along with the feisty Nicki Minaj and "the Diva" Mariah Carey.

That's a lot of switching around. With so many judges swapping spots, leaving and coming on board, it kind of takes the attention away from the aspiring singers. This is supposed to be the search for the next big music superstar -- so why so much focus on the judges?

If Minaj ends up leaving as well, then some of the tension won't be lingering around.

Now could be a good time to give the show an overhaul and try to refocus again. The next judge shouldn't be someone who is going to be there for a hot minute in order to promote their next album, perfume line or live tour. It should be someone who genuinely wants to help mentor a future superstar. Someone who has an opinion and doesn't think 'everyone is great' like Lopez and Tyler did. Rather than a contentious judge who stirs the pot, the new judge needs to be someone who can get along with the rest of the panel.

So who would be a good choice to fill the available seat? Here's a list of my top candidates: 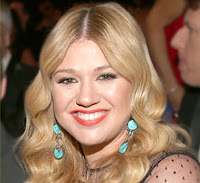 Clarkson has avoided much of the drama, drugs and other troubles that seem to come with fame. Instead she focuses on her music and entertaining her fans.

Clarkson's bubbly personality suggests she would get along well with the other judges. Meanwhile, there aren't many people more qualified than her to tell the contestants what it takes to win American Idol.

In most cases, it irritates me when someone who is actively promoting a product of some sort is a judge on one of these music shows. Like I said before, the show seems to become more about them than the contestants. In Kelly Clarkson's case, however, I would make an exception. 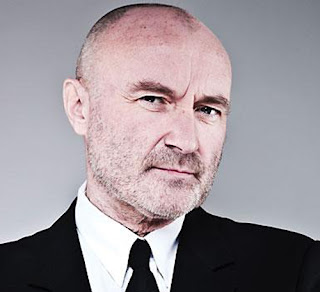 Phil Collins knows how to write pop music. He has seven number one hits to his name. That’s just his solo career, not factoring hits from his time in Genesis.

He retired from music, so it's not as though he'll be using American Idol to promote any upcoming projects.

Given his own unique sound, I don't think Collins would favor hopefuls who sound generic. Given his lengthy career, I also figure Collins won't settle for choosing someone who doesn't have their heart and soul invested into the competition and the future afterward.