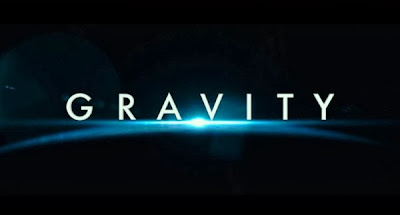 The rave reviews and building intrigue got to me. I went to go see Gravity.

I wasn’t really sure what to expect. No bad reviews? That’s a gamble.

After all, when people rave about movies, there’s a safe bet they won’t be good. Half of the movies that earn Academy Awards each year are more boring than entertaining.

Meanwhile, how was a 90-minute moving going to be able to capture my attention when the focus is on an astronaut being stranded in space?

Well, the reviews were right and the movie had my attention from the get go.

So if you see any headlines that say, ‘Gravity soared,’ ‘Gravity was out of this world!,’ ‘Get pulled in by Gravity’ or any other cheesy puns, you can probably believe them.

It wasn’t the best movie ever. It was groundbreaking in a way though. It’s essentially just two actors – Sandra Bullock and George Clooney – in a weightless, soundless environment.

I’m not sure how accurate their depiction of space was (moreso than Star Trek and Star Wars, I’m sure), but you won’t see Superman speeding faster than a bullet or laser beam wars amongst giant spaceships.

There were a lot of camera shots that started in one spot and moved with the actors, as they floated along at a sluggish pace (it is space, after all).

The effects were very detailed too. I don’t know how much, if any, of that footage was from an actual trip outside Earth’s atmosphere, but it was convincing.

One major issue I had with Star Wars: The Phantom Menace and, more recently, The Hobbit was the horrible special effects. A lot of those two movies didn’t look real at all. I know they are fantasy or sci-fi movies, but if I wanted to watch a computer-animated sequence, I’d watch The Lorax or Brave.

Back to Gravity though.

Despite the fact that the movie moved at a slower pace than most, it didn’t fail to be suspenseful. It was action-packed in it’s own sense.

The characters faced a crap-load of obstacles in Gravity – more than I’d expected. Every story – whether in book or movie form – is about characters facing (and usually overcoming) obstacles, but I had a hard time imagining any greater obstacles than being dislodged from a shuttle's transporter into space. The writers did a nice job coming up with ways to make the movie a maze of obstacles though.

There was a good bit of comedy in the movie too, which was nice considering the fact that the movie is about an astronaut being lost in space.

Sandra Bullock’s line – “Space sucks.” – had me laughing. The stories that Matt Kowalski (George Clooney) were telling at the beginning of the movie made for a nice light hearted start to the movie too.

Real Life pondering moment #1: was that Thomas Haden Church’s voice as Houston? It sure sounded like him. Turns out it wasn't. It was Ed Harris. 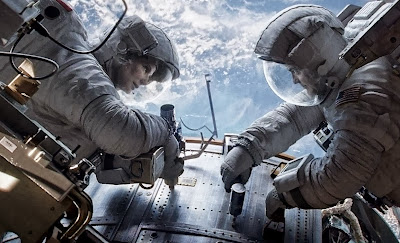 Kudos to them for that.

In a movie with so little effects or location changes, the acting has to be up to par and it was.

Who would think that two actors in front of a green screen (filled in by the blackness of space) with long camera shots could work so well for 90 minutes? Like I said, it’ll probably be considered a groundbreaking movie in that aspect.

Gravity is not a movie I’d buy on DVD though. It’s kind of like Lost. Once you know what happens, there’s not much point in getting the DVD. A lot of what made the movie for me was trying to figure out what was wondering what exactly was going to happen and how it was going to end.

Still, I don’t think most people will be upset they spent money to go see it (or rent it down the road).

Ok – here’s your warning: spoilers ahead!

We have to talk about the ‘controversial’ scene, the ending and the plot.

Only continue reading if you’ve seen the movie or if you don’t mind hearing how it ends....