Where to start with this one, huh? 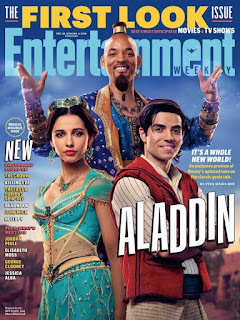 When I heard that Will Smith was cast as Genie, I was actually pretty happy about it. He is close enough to Robin Williams in the ability to deliver an over-the-top performance but he's not a complete replica. He's got his own style.

Then I saw the horrible Entertainment Weekly cover with no blue makeup and I, like many others, was not irritated that they weren't making him blue.

Then I saw the horrible makeup job with the blue paint and I thought, 'Maybe he shouldn't be blue.'

Besides Genie and his lack of blue / poorly done blue makeup, the costumes looked like cheaply made (but still overpriced) Halloween costumes you'd find at The Disney Store.

Lastly, the casting is way off here. Mena Massoud looks like Aladdin, but he doesn't have half the style or swagger that the animated version does. Marwan Kenzari neither looks like Jafar or has his demeanor.

Those were my issues after seeing the first full trailer --- long before the movie came out -- so this movie had an uphill climb to win me over.

I can't say that it really did. The movie was as I expected. 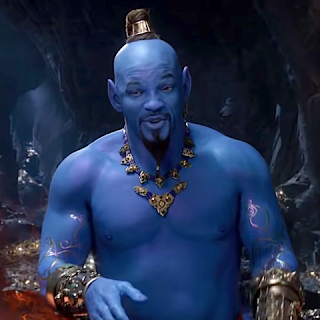 Will Smith did well in the Genie role. He really did, despite the bad blue CGI.  He stole the show here.

Robin Williams made Aladdin a really good movie, but Aladdin, Iago, Jasmine, Jafar and the non-speaking magic carpet all had more personality and value than this new cast did.

Most of the performances were wooden.  It was disappointing to sit through, wishing I was watching the original version instead.

Some of the musical numbers were good.  I'll say that.

The flying carpet looked pretty cool in CGI form -- much better than Abu or Iago.

Outside of those few things, I don't have much positive to say. 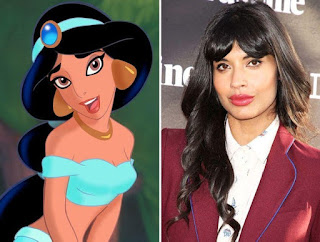 Naomi Scott's performance as Princess Jasmine made the character even more annoying than the original Jasmine. Scott doesn't look Jasmine at all.

Personally, Jameela Jamil would've been my choice to play Jasmine. She looks like her and seems like she'd deliver a good performance as well.

Bad casting choices aside, the story wasn't very compelling. They changed some things but they were all off the mark.

Jasmine, as a strong 2019 woman, isn't rescued. She saves herself. Congrats to you, but it didn't make for a good story. 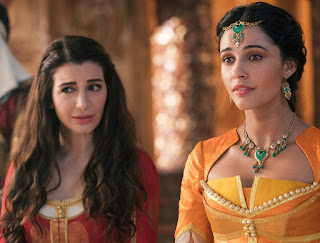 I'm fine with changes so long as they are done right, resulting in improvements.  Instead, all the changes made in this movie made it a far inferior product than the animated version.

For example, they added Dalia as a servant / confidant for Jasmine and a love interest for Genie. Her role didn't add anything genuine, comedic or entertaining to the movie.

There's an extra dance / musical sequence added, but it lacks any of the magic the other (original) performances had. 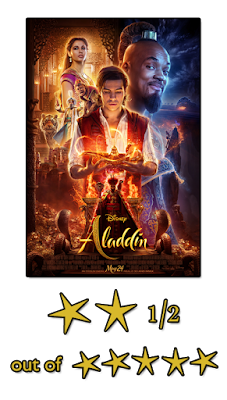 Despite making box office bank, this movie is not worth your time if you're particularly enjoyed the original movie.

I guess you could look at it as though it were an adaptation from a book --- making changes to the original content rather than doing a live action version of the same content.

Then again, that doesn't do much for me because I generally prefer the books to the movies when changes are made.

Two and a half stars may be a little harsh.

I'd probably give it three or three and a half if I weren't comparing it to the original, but that's the box Disney put itself into with these live action movies: it has to be better than the original because people will be comparing these movies to the animated versions.