A solo Sony Spider-Man might be a good direction 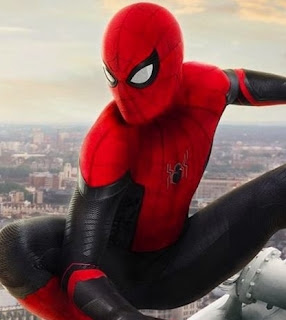 Everyone is talking about the Disney (Marvel) / Sony feud right now.

It's a complicated situation, especially since we don't really know what the tone of all the discussions is like. There are some conflicting reports.

Based on what I've seen, Sony and Disney made a deal. Spider-Man was successful in the MCU, so Disney wanted to renegotiate so that they had better terms in the deal.

I don't blame Sony for saying 'Hold up' because legally they've been doing everything right.

But the MCU is where all the action is, so of course fans want Spider-Man there.

That being said, I think now may be the best time for Spidey to go solo with Sony. Both of Spider-Man's movies so far benefitted from having Nick Fury, Happy Hogan and Iron Man (or at least references to him in the second movie). Spider-Man got a huge rub from Fury and Iron Man.

It's time to take that and move on and do his own thing.

It's honestly kind of irritating that every single Disney / Marvel movie these days has to feature a whole host of other MCU characters. It's not just Thor anymore. It's Thor featuring Hulk. Or Dr. Strange featuring Scarlet Witch. Or Guardians of the Galaxy + Thor. Or Captain America 3, starring The Avengers.

What Marvel and Disney did so well in the initial MCU films was build characters. Avengers is where the fun came in. They built the characters in the solo films and then the Avengers movies is where they got to interact with each other. It was a great formula.

It was a lot of fun to see them all interact with each other in a way that you can't see anywhere else. It's not as though we ever get to see James Bond interact with Ethan Hunt. Marvel gives us Hulk and Iron Man (plus dozens of other characters) on the same screen at the same time.

Ever since Captain America 3, however, it seems like you have a hard time getting a solo superhero movie. That's a shame because as much fun as the interactions are, it also doesn't mean as much when you see them in every movie.

I understand the mindset on the team-ups and the interactions. They are profitable.

Disney's Marvel is moving onto a new phase without Captain America or Iron Man or Black Widow so I imagine the team-ups may continue because those were established names that drew at the box office and Dr. Strange, Captain Marvel and Black Panther aren't as established.

I don't think people (outside of hardcore comic book fans) are excited for the Eternals or Shang-Chi and the Legend of the Ten Rings. That's why they need a heavyweight like Thor and a Black Widow prequel.

This may change. People may fall in love with the new set of characters we'll be presented with. Ant-Man and Guardians of the Galaxy were gambles because they weren't the more well-known characters and both have done very well in the MCU and in their own films.

But the MCU may have peaked with Avengers: Endgame. Once you've established great characters and then teamed them up in an epic conclusion to a 22-movie build, it's hard to top. It'll be especially hard if they don't focus on these characters solo before throwing them into cameos and crossovers.

In all fairness, it's also not as though there's an endless amount of time to create these movies with fun interactions. Actors have different projects, contract disputes happen, actors age, actors get pregnant and actors get tired of playing the same characters. So you have to strike while the iron is hot. Still, a little more focus on the individual characters first (before team-ups and crossovers and cameos) is my preferred method of building to something meaningful. 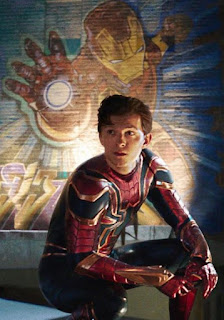 He's got a whole host of villains he could interact with, too. I'm looking forward to Tom Hardy's Venom and Tom Holland's Spider-Man coming face-to-face at some point.

Sure, we had Venom and Spider-Man face off once before in Spider-Man 3, but that was so long ago and there's much more that could be done with these two Toms.

Now, if they build it right, their interaction will be a big crossover movie itself. That's good strategy right there. Build them up separately and then pair them together for a blockbuster.

That was Marvel and Disney's very first formula with phase one and it worked like a charm. DC tried to do it with Justice League, but were too quick to jump on that ship. Wonder Woman and Superman were the only two with solo movies before that movie.

They should've waited until Aquaman and The Flash had solo movies before doing the big Justice League team-up. It didn't mean nearly as much to see them all together because Justice League was introducing us to a lot of those characters for the first time.

I'm excited to see what a solo Spider-Man can do in Sony's realm instead of trying to outrun an Iron Man shadow in the MCU.

Sure, the Fury and Iron Man relationships helped Spider-Man's character and helped the movie perform at the box office, but Spider-Man is ready to graduate from the MCU and soar with his own webbing. 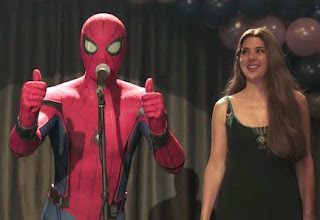 A deal could still (and will likely) be reached:

Let's not forget that a deal could still be reached. Regardless of whether a deal is reached, I want more of a focus on Spider-Man going forward.

No more Skrulls. No more Happy Hogan. Just Spider-Man and his foes, his family and his friends.

If a deal is reached, rumors are it could include Venom. So we'll see what happens there.

In the end it may be a win-win for everyone.

Sure, it may take a while before everything is finalized and sorted out, but the result could be good for everyone.  Let's say a deal isn't reached right away.  There's still potential that a deal could be reached to allow Spider-Man to appear in another big Avengers movie, but for him to primarily remain solo with Sony.  That could work, too.

One thing is for certain: Spider-Man has to perform after all this media attention. Nobody can argue that fans don't care about Spider-Man, that's for sure. But it has to translate at the box office.

After being featured in the MCU, I have a feeling Tom Holland's Spider-Man will be fine on his own.
Posted by Batson at 9:05 AM No comments: