The 10 Friendliest and Meanest Aliens

To celebrate, I present to you the friendliest and least friendly aliens from entertainment history.

I made the list for IMDB, which I recently joined. I always used it to look up information, but I never realized that it’s actually a pretty fun website too. You can give movies ratings, make lists that rank movies and characters, and write movie reviews. It's not as addicting as FarmVille, but I've spent a few hours on it already.


Here’s a look at the top five aliens from each of my lists. 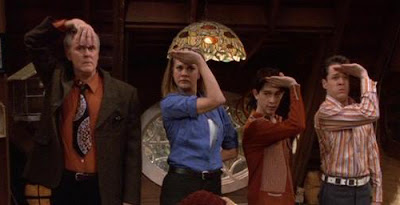 5. 3rd Rock from the Sun aliens
They came to Earth to study it. To do this, they took human form. Over the course of their mission they realized the pitfalls and the positives of being human. Once the mission was completed, they left. It seemed like they'd be singing the praises of the planet in their future travels. Granted, there were several points when the Big Giant Head (William Shatner), Dick and Sally immediately jumped to a "let's kill him" solution if they ever encountered problems with a human. However, unless angered, they seem relatively peaceful. 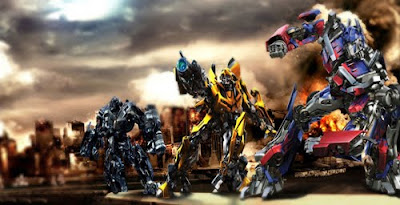 4. The Autobots
They defend Earth against the Decepticons -- without a real reason to do so. Granted, according to the movie, they did have a hand in bringing the Decepticons to Earth when they stored the AllSpark here. However, they could have simply used Earth as a battleground, with little compassion to the inhabitants. Instead, they chose to help the human race. They have compassion for humans and want to guide us to a peaceful existence on Earth. 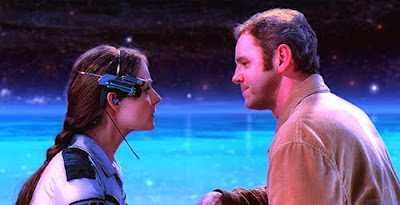 3. The aliens from Contact
Aliens hear our radio and TV signals from Earth and, in return, send us blueprints on how to build a space travel machine. There's not a lot of information given about these aliens. We don't even know what they look like since the only one Jodie Foster had contact with took human form so that it wouldn't be so overwhelming for her to meet it). I'm assuming they probably have some kind of advanced technology (and probably advanced weaponry) because they knew how to send the blueprint to Earth. 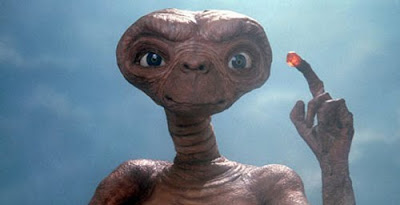 2. E.T.
All the guy wanted to do was go home. He obviously had some powers, but he didn't use them to hurt anyone who wasn't trying to prevent him from getting home. He brought a plant back to life. Obviously, there's not a destructive nature in that alien race. Plus, E.T. ate M&M's -- which indicates that he favors candy over human brains. That's always a good trait in an alien from outer space. 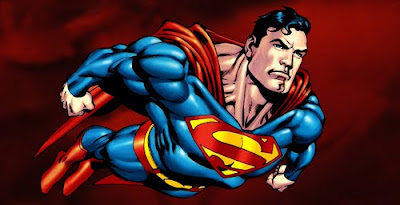 1. Superman
Aliens just don't get much friendlier than Superman. Despite being supremely powerful, Superman uses his powers to defend the people of Earth against all kinds of dangers, whether it's super villains, mother nature, or themselves. When his planet was destroyed, Earth became Superman's home. If there's one alien you can count on, above all others, it would have to be Superman.


Now, onto the 10 least friendly aliens. Here are the top five: 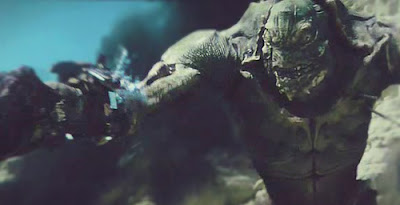 5. Cowboys & Aliens aliens
These aliens came to Earth to take gold. They took humans to experiment on as well. If they encountered any problems with humans, they simply destroyed the ones they didn't abduct. 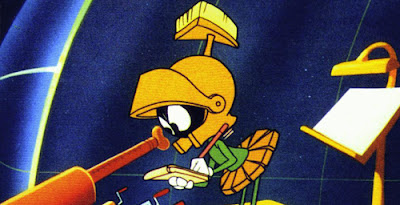 4. Marvin The Martian
It seemed like this angry little martian was always pointing some kind of rocket at Earth. It didn't matter what day or time it was. His mission was always the same: send a missile to Earth to destroy it.

He may be on Loony Tunes, but he's an evil dude, that's for sure. 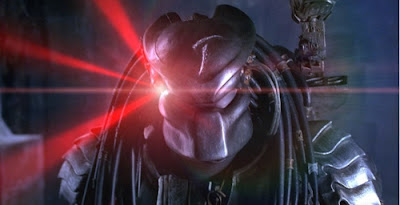 3. Predator
Aliens that hunt human for sport. Yeah -- I'd say they make the list pretty easily. In Predators, the most recent movie in the Predator franchise, it was just humans who were killers themselves who were transported to the alien planet. In Alien vs. Predator, the Predator seemed to take mercy on the human who was helping him fight off the evil queen. So perhaps they do have a conscience of some sort. They still rank pretty high, however. 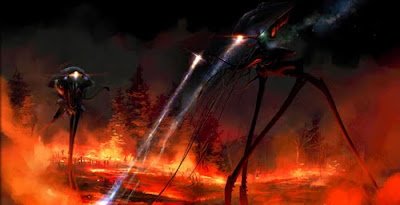 2. The aliens from War of the Worlds
They came. They destroyed. If memory serves correctly, there wasn't much of an explanation given as to why. They simply wanted Earth for themselves, which meant killing all humans. Greed is one emotion they obviously have, while compassion isn't. 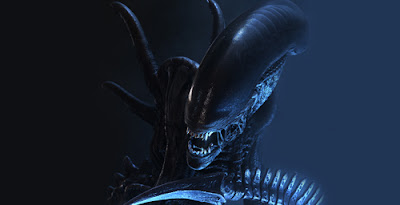 1. Alien
Talk about a freaky, scary alien! It's enough to give you nightmares.

The Queen definitely tops this list. No real motive other than to infest and reproduce.

I doubt there will ever be another cinematic alien as frightening as this one.

Posted by Batson at 4:00 PM No comments: