Matches that should happen at Wrestlemania 30

The Royal Rumble, disappointing as it may have been (none of my 'should be' surprise entrants made an appearance), is in the books.

That means Wrestlemania is right around the corner. Batista seems set to be in the main event at 'Mania. WWE has traditionally put that number one contendership on the line at some point in February, however, so things could still change.

C.M. Punk changed the Wrestlemania card the day after the Royal Rumble by essentially handing in his resignation (that's another blog for another day...I don't think it's a work though).

WWE has several weeks worth of buildup ahead of them. I'm hoping they end up with an awesome card, but there's been more than one Wrestlemania lineup in recent years that have been lackluster. That's why I'm offering my help. These are the matches I'd like to see at Wrestlemania.

Actually, I should amend that statement. These are the matches I'd like to see that have a realistic chance of happening.

A.J. Styles, C.M. Punk and Daniel Bryan in a triple threat at Wrestlemania 30 would be amazing, but there's zero chance of that going down.

So, realistic matches that should happen at Wrestlemania 30: 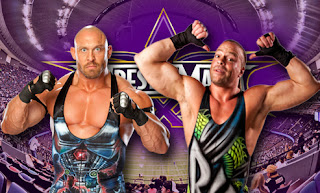 Goldberg wants millions of dollars for one Wrestlemania match? Meh. Who needs Goldberg? RVD vs. Ryback would definitely provide more athleticism anyway. RVD isn't about to walk into Wrestlemania and main event it.

He didn't come close to main eventing 'Mania when he was a regular member of the roster.

He's still got legions of fans and WWE knows that, so RVD could easily deliver a hot opening match or pick up the pace in the mid-card. RVD and Ryback squared off on the September 9 edition of Raw last year. There's still a lot that could be done between those two though.

A full-on feud would definitely help Ryback get back on track and would give us a fresh RVD feud. As much as I like RVD, I don't want to see him do battle against Batista, Chris Jericho or John Cena. Been there, done that.

Give Ryback the victory and then have both superstars move on from there -- or follow it up with a rematch at Extreme Rules in May. 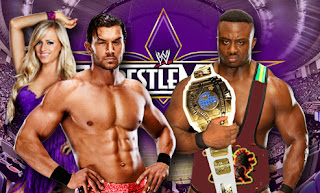 I can't stand Fandango. I thought Johnny Curtis was one of the underrated talents on NXT, but the Fandango gimmick is horrible. It's such a blatant rip-off of Dancing with the Stars and serves no real purpose.

His dance? Alex Wright, Disco Inferno and Emma all have better trademark dances than Fandango.

That being said, I hope this match happens. The Intercontinental Title should be defended at Wrestlemania. Let Big E. plow through Fandango in a quick, 3 or 4-minute match.

WWE will probably want to feature Summer Rae on their biggest pay-per-view since she's going to be on the next season of that God-awful Total Divas, so give her a comedy spot or two.