When I heard that Daughtry was coming out with new music I was ecstatic!

Besides the fact that he's a fellow Batman fan, I was a impressed with Daughtry, the 2006 album Chris and the rest of the band released.

Their 2009 follow up -- Leave this Town – was even more impressive with more of a rock sound on several of the album’s tracks.

Break the Spell was far and away their best work though. That album has more plays than any other that I have imported in iTunes.

This time around, Daughtry apparently worked without his band mates.

How does Baptized compare to Chris' previous work? There are some decent songs on it. I don’t know that it quite measures up to Break the Spell. It’s a solid effort though.

"It was one of the first songs written for the record and it's probably my favorite song on the album," Chris told The Hollywood Reporter.

It's not my favorite, but it works.

I was waiting for that high note -- the climax of the song -- but it never happened. Daughtry has the vocal chomps to pull it off, but it's like he only went to a certain level and held back from that point on. Kelly Clarkson belts out notes. Pink belts out notes. Daughtry does the same. That's part of the deal with them. It's what I like to hear.

The song works without the big moment, but not as well. 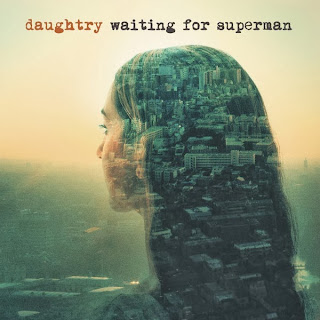 This was the first single from the album. It’s probably the catchiest song of the album, so it seemed like a good comeback song. The song peaked at

It got a lot of people talking because of the "more electro-pop" sound. I honestly didn't notice a difference compared to some of his other songs. Sure, there's electro-pop, but Daughtry's stellar voice and rock vibe are still alive and well on this song.

If you like Lifehouse and Matchbox 20, you'll probably like this song too. It's radio-friendly, but still has more of a rock edge than a lot of songs on the radio these days.

The song has a nice, ear-pleasing melody, but almost lacks that certain something that makes it stand out as a 'must hear' song.

La Roux's "Bulletproof" is still probably the best pop song featuring lyrics that use weapons and warfare to describe their relationship.

It's a decent tune that's borderline-sappy, like many of the songs on the album. Daughtry's convictions make the songs work though. He believes in them so you somehow do too.

You know those songs where you can't wait for the chorus to play because that's the best (or sometimes the only good) part of the song? This song is the opposite of that.

My least favorite part is actually the chorus.

The rest of "Wild Heart" is really good though. It's kind of got a lite elevator feel to it, but Daughtry's killer vocals make up for the softer sound. 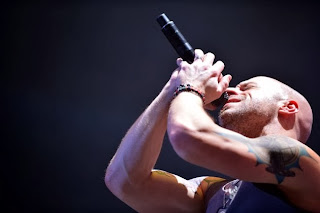 I’m not typically a fan of songs that praise a certain genre of music because they can result in a corny song. “I Love Rock and Roll” and “Old Time Rock and Roll” are and always will be classics.

“Long Live Rock and Roll” is Daughtry’s best effort to pay homage to the genre. Thankfully, it’s certainly a better result than Brad Paisley’s “This Is Country Music.”

Some have compared Daughtry's new sound to Bruce Springsteen. While I can see that comparison, this song vies me John Mellencamp vibes.

"I would have never picked up a guitar and wrote this song. I never would have gone the folk route. I just thought the irony of it was hilarious. Long live rock and roll and big guitars, and it doesn't have any loud guitars," Chris told The Hollywood Reporter. "It's all like this folky, country vibe, and very rootsy. I loved that"

Me too. When genres successfully blend together this way, I'm a fan too.


The World We Knew

This is another folksy/rock song. It's basically a throwback, remembering simpler times and happy times in a romance of the couple that the song is about.

Chris Daughtry can sing any kind of song, so no issues there. I think the country vibe and background vocals end up making “The World We Knew” a little bit underwhelming though. 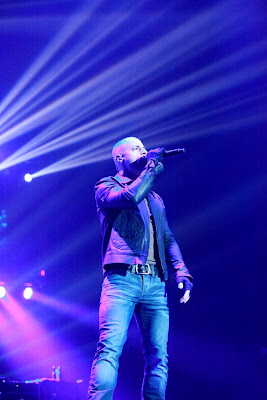 High Above The Ground

Chris shows off his range in this song, utilizing some high-pitched vocals for the song’s main chorus.

The song starts off as being about a couple that come from different worlds, but the lyrics quickly transform into mentions of stars, the moonlight and other mystical elements.

Essentially, this couple is on cloud 9 because of their love for each other.

It’s a nice, positive, lovey-dovey song, but seems lyrically familiar to "Wild Heart" and musically similar to "The World We Knew."

Accompanied by the piano, Chris starts this song off as a ballad. It's about a man who is not at all on the same page as his woman:

The high-pitched, soft chorus makes this song sound similar to “The World We Knew” even though the musical elements are completely different.

The beautiful piano accompaniment and Chris’ always impressive emotional vocals make this one worth listening to.

Daughtry is one of the few groups that’s able to make inspiring music that doesn’t come off as preachy.

His Christian faith wasn’t showcased much on Break The Spell, but it’s present on Baptized.

Like I said, it’s not preachy, but there's a little bit of southern flare on this song.

"Now you’re letting your confusion take control
leading you down a dark and lonely road
Even that won’t last forever
Just look around and see you’re not alone
If you can’t find love
but you’re still not giving up
can I get a witness?"

The music fits with the lyrics – with a nicely paced, upbeat tempo.

I love this song! It’s got such a different sound than anything Daughtry has done before. It’s a gritty and vengeful relationship-gone-bad song.

Daughtry goes on the defense here, essentially saying ‘bring it on!’

“The only thing worse than hater is a traitor," Daughtry sings.

Daughtry may have several sentimental, romantic songs on Baptized, but they also included a couple of rock tracks -- this one being the best of them.

It took me a couple of listens to come around to this one, but I did.

If there's a 'Lifehouse song' on this album, "18 Years" may be it. It's a song that's about two childhood pals and wanting to hang onto the friendship they've built up over...you guessed it...18 years. It's a pretty high-energy song, while still maintaining a soulful, softer side.


There are three more songs included on the extended version:

This is another uplifting song. Someone get Chris Daughtry some drama in his life!

Seriously, though, it's not a bad song. It's a Phil Phillips type of song – but better because it has Daughtry’s vocals.

It's, yet again, a different sound from Chris Daughtry. He does it well. 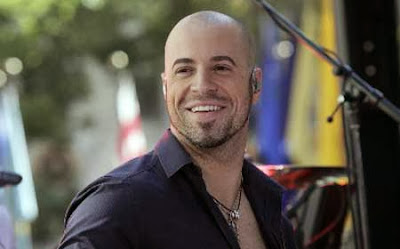 This one should have been on the main album. It has a nice Hawaiian style melody and showcases a refreshing bit of humor on an otherwise pretty straight-forward, serious album.

The music sounds like something you’d expect from Jason Mraz while the lyrics are something that would fit right into a song by Train.

Honestly, I think I like the regular version better, not that there’s much difference.

The acoustic version utilizes the background vocals and piano and guitar rather than whatever they used on the album’s version. The result is a version of the song that doesn’t sound as polished as the one on the album.

Like I said at the start of this review, Break the Spell is on a pedestal that is hard to reach. I still prefer Break the Spell, but the two albums are hard to compare.

Break the Spell is a rock album, through and through.

Some of the background vocals and instruments used on Baptized make it more soft-rock than Break the Spell.

It’s still a Daughtry album, so you hear belting out lyrics, even on the softer songs and ballads.

My biggest complaint is probably that “Wild Heart,” “The World We Knew,” and “High Above The Ground” are all a little too similar – in themes and sound. They could’ve probably cut one or two of those songs and replaced them with a song that stands out a little more.

Overall, Baptized shows a continued evolution in Daughtry, both in their sound and their lyrics. It’s nice that they’re experimenting with their sound, successfully and seamlessly mixing folk, country, rock and pop.

They’ve chosen real world topics to sing about and show that they have some new tricks up their sleeves. 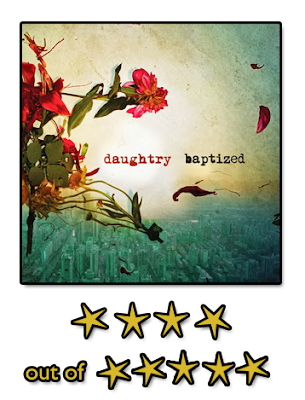 Unfortunately I don’t think many of their songs will make much of an impact when it comes to top 40 music. Since Daughtry didn’t partner up with a European producer who generates top 40 hits that all sound the same, this album will probably go unnoticed by most people who aren’t Daughtry fans.

Their most radio-friendly song is “Waiting for Superman” and I heard that maybe twice on the radio since it was released in September. That’s not a good sign. Rock just isn’t ‘in’ right now. Paramore’s “Still Into You” is surviving, but not really thriving. Even Fall Out Boy’s return album had trouble getting air time this year.

It seems people would rather listen to music they can dance to in the clubs rather than what Daughtry is offering up.

I’m hoping, however, that Daughtry will catch a break and land a hit again. They’re too good, even when they’re not at their best, for people to miss out on them.


Songs worth checking out:
-Waiting for Superman
-Traitor
-Cinderella

Posted by Batson at 3:01 PM No comments: