In honor of Friday the 13th, I figured we'd count down some of the best body switch movies.

There's still time left in the day for this to happen to you, so don't wish on any shooting stars, be careful if you're making a birthday wish, don't throw coins (or peeing, for that matter) into any fountains and avoid any kind of voodoo magic men. You may also want to avoid Aztec statues, necklaces and magic dust. 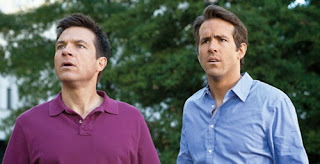 Number 13 is the most recent body swap movie. Released in 2011, the movie is about two men who switch bodies after being struck by lightning while peeing into a fountain. The result? They swap bodies. Dave (Jason Bateman) is stuck in Mitch's body. Mitch (Ryan Reynolds) is stuck in Dave's body.

At the beginning of the movie the two are envious of each other's lifestyles. By the end of the movie they've grown as human beings and appreciate where they are at in life. 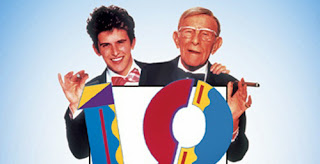 Made in 1988, this comedy stars George Burns as a grandfather and Charlie Schlatter as his grandson.

Jack Watson (Burns) is a millionaire about to turn 81. David (Schlatter) is about to turn 18. A traffic accident results in their souls swapping and Jack finds himself living the life of an 18-year-old again. The plot had been used before and has been used since.

Just like in the other movies, their lives are straightened out thanks to the body swap.