Characters who should appear in upcoming X-Men movies

After blogging about some possible characters in a possible third G.I. Joe movie, I figured why not give X-Men a shot.

Days of Future past is already in the works, but what about the one after that? One has to think that after the original trilogy, two Wolverine movies and two prequels, there’s not too many X-Men movies left.

Magneto, Mystique, Cyclops, the Professor, Rogue and Storm were all major parts of the original X-Men trilogy. So who is left?

Here are a few characters who would be fun to see make appearances in any remaining X-Men movies: 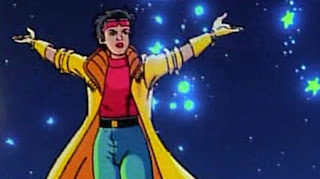 She was a teenager in the animated series in the ‘90s. Because of that she was often left out of the major missions, for her own safety. In X-Men, Rogue kind of took on the role of the teenage sidekick, so there wasn't much role left for Jubilee.

In First Class, however, most of the mutants who were involved in the fight scenes were teenagers too, so maybe there is a spot for Jubilee in upcoming X-Men movies. 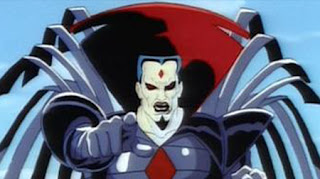 With his 21st century-style Dracula-like look, one would think that Mr. Sinister would have been used by now, if for no other reason than the fact that he’d be a very visually impressive looking addition.

Perhaps in Days of Future Past there will be an appearance.

In the ‘90s cartoon, Mr. Sinister was usually seen helping out the X-Men, battling the Sentinels, in future times. 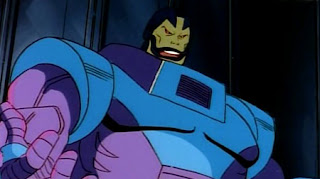 He’s arguably the most invincible villain of the entire X-Men franchise. He’s yet to make an appearance in any of the movies though. Perhaps it’s because he’s so invincible. It’d be extremely difficult for the X-Men to defeat him by himself, let alone with other villains involved.

The X-Men movies have always been more ensemble than focusing on a single mutant – villain or hero. Unless his four horsemen of the Apocalypse were involved, Apocalypse almost always battled the X-Men without help from anyone else. 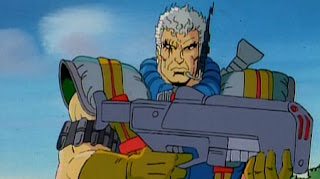 If Apocalypse is to make an appearance, then Cable is a ‘must’ as well. As a time traveler, Cable has been battling Apocalypse throughout various decades and centuries.

He was never my favorite character of the X-Men series, but he is almost the ying to Apocalypse’s yang. It wouldn’t be right to have one without the other.

If Apocalypse shows up, Cable is sure to be close behind. 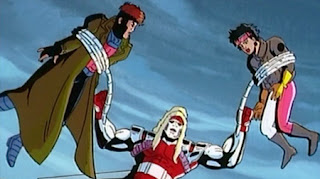 If there’s another Wolverine movie, then Omega Red is the only foe left that would make sense. Wolverine battled Lady Deathstrike in X2, Sabretooth in X-Men Origins, and will face the Silver Samurai in The Wolverine.

Other than the Incredible Hulk, Omega Red is the one major battle Wolverine has had in the comics and animated series, but not in the movies.