If you're looking forward to celebrating Valentine's Day, but not necessarily by watching a completely mushy movie, then here's a list for you.

Here are five of my favorite romantic comedies that have a nice, romantic story, but also have the chops to be a good comedy.

You won't need a box of Kleenex for these, but do have moments that leave you going, "Awww." 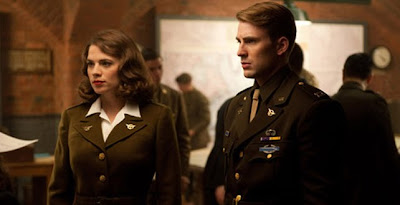 Who says super hero movies are limited to just fight scenes with villains? The romance in Captain America was a subtle one but ended up building to a very dramatic moment at the end of the movie.

The sparks were there between Peggy Carter (Hayley Atwell…the Kate Beckinsale look-a-like) and Captain America (Chris Evans) when the Cap was just Steve Rogers, the small guy from Brooklyn.

This movie will give you action, some comedy, and a nice romance -- all wrapped up in one DVD. 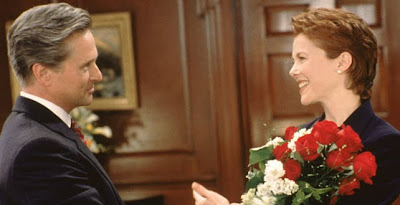 If you like politics you'll probably like this movie. It's about President Andrew Shepherd (Michael Douglas) falling in love with lobbyist Sydney Ellen Wade (Annette Bening). It's almost a Romeo and Juliet of politics.

Obviously there's all kinds of situations that come into play with that scenario. Is it possible for a widower President to make a relationship work with the politics and press coming into play? This movie doesn't follow the plot of your typical romance movie, so it's a good choice if you want to see something other than your standard romantic comedy on Valentine's Day. 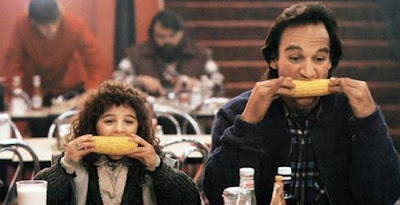 You really kind of forget that this is a romantic comedy. John Hughes does such a great job of telling the story of a homeless man and his daughter trying to make it in the world that any elements of romance are almost an underlying element.

Con artist Bill Dancer (Jim Belushi) and Curly Sue (Alisan Porter), the two main characters, scam their way into free meals and out of money. They only take what they need to survive though. That's their motto.

They end up meeting a wealthy woman, so their plan is to take advantage of the situation. It is a love story, though, so you can imagine what eventually happens. It's a nice journey to the happy ending though. 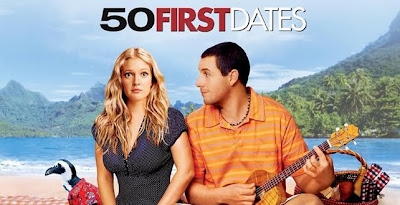 This one is one of my all-time favorite movies. It's a romantic-comedy that balances those two aspects perfectly.

If you want romance, this movie has it. Henry Roth (Adam Sandler), a marine veterinarian in Hawaii, has a chance encounter in a café with Lucy Whitmore (Drew Barrymore). They hit it off but, almost like Cinderella, Lucy has to leave. Henry returns the next day, hoping to see Lucy again. Henry sees her, but she doesn't remember him -- at all.

It turns out that Lucy was in an accident and now, as a result, can't store any new memories in her brain. Henry decides to make it his mission to make Lucy fall in love with him every day.

Really, how much more romantic does it get?

Plus there's some hilarious bits with Sandler, Barrymore, and Rob Schneider, who plays Ula – Henry’s assistant. My favorite scene was the beat down. After watching the commentary with Barrymore on the DVD, I learned that a lot of that scene was ad-lib on the part of Barrymore and Schneider.

This one is a great movie to watch any time of year, but would definitely work if you're looking to cuddle on the couch. 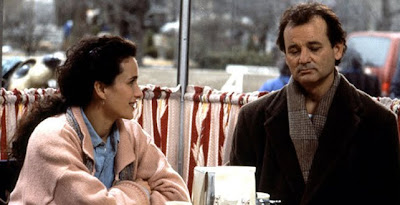 Groundhog Day is a few weeks old already, but the movie Groundhog Day never gets old. I can (and do) watch this movie at various points throughout the year. This Valentine's Day, Groundhog Day may be the movie to watch.

Bill Murray does such a good job with the comedy in this movie that you forget that his character, weatherman Phil Connors, is trying to woo over Rita (Andie MacDowell), his segment producer.

Connors, a self-absorbed grouch, is stuck, forever it seems, on Groundhog Day. He can't die. He is the only one who can remember what happened the day before, so he has an unlimited amount of chances to change his ways and win the heart of the woman he loves.

It's a love story, but that love story is surrounded by a lot of fun and comedy, so it's not mushy like The Notebook or A Walk To Remember.

If those don't work for you, here are a few other suggestions:
10 Things I Hate About You
She's All That
Up
WALL-E
While You Were Sleeping