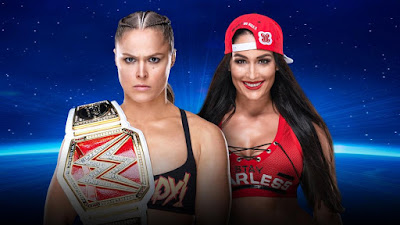 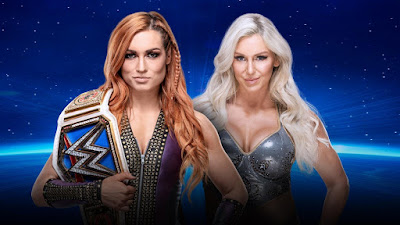 Posted by Batson at 3:25 PM No comments:

As a former journalist, I watched the entire saga of suspicious packages unfold on Wednesday and Thursday of this week.  Time for a quick sidebar from the superhero and TV blogs I typically post.

It is a scary time to be a journalist, for sure.

I think there's plenty of blame to go around --- both sides of the aisle, both media and non-media.

It should be made clear from the top down that violence is NOT the answer and is NOT OK.  Make your memes and throw your critiques out on YouTube comments and on Twitter, but don't incite violence, poke fun at it or accept it as normal behavior.

Unfortunately we've had instances on both sides of the political spectrum where politicians have indicated that it's 'OK' to do that.


That list could go on and on.
People are passionate.  People are angry.  That's OK.  Passion drives people to the polls and gets them involved in a political process that would otherwise go unchecked.

Michelle Obama was right, though.  Regardless of what party you identify with, "When they go low, we go high."  It's a quote that people remember for years.  It was powerful and it's true.

You can't take things into your own hands and go around screaming in the face of senators, imposing your physical will on anyone or encouraging physical attacks --- on politicians, on voters you disagree with or on the media.

If you resort to that, it takes focus away from whatever point you're trying to prove.


Now, I'm not a politician, but I can speak to the media and some issues that they bring on themselves.

The media has been losing trust for a long while, before President Trump took office.

They consistently rank up there with used car salesmen, politicians and lawyers in terms of the least trustworthy professions. 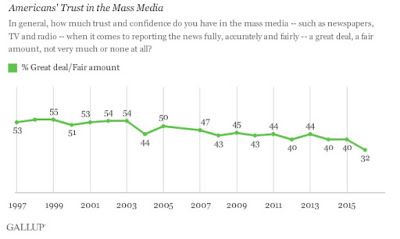 Take a look at the Gallup poll statistics in the infographic here.

They've gone up and down a bit, but since 2002, it's been (mostly) a consistent downfall.

Gallup began asking the question about media in 1972 and on a yearly basis since 1997.

In 1976, the poll indicated 72% of those who took it widely trusted journalism.  The Gallup poll results break down the age demographic that trusts media the least and the voting party that trusts them the least.

After spending 10 years in journalism, I've got a few theories.