Life of the Party - reviewed.

Melissa McCarthy was on fire for a while — several years. Has her time subsided or is it unrealistic to expect someone to stay on top of a particular field for so long? Especially a field that can be as fickle and wishy-washy as show business?

Those were the thoughts going through my head as I watched this movie. Probably not a good sign when you’re watching a movie and not actually paying attention to it. 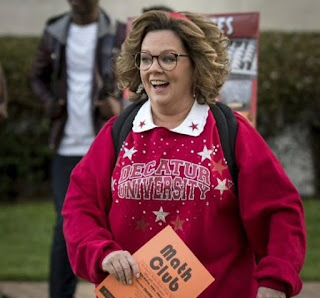 The movie started off normal enough. It almost seemed understated compared to some of McCarthy’s other films.

I thought it could end up being a family comedy at first. But that soon changed ... somewhat.

The problem with this movie is that it straddled the line between family-friendly comedy and ‘outrageous’ comedy.

McCarthy is great at playing those potty-mouthed characters. But she’s kind of a one trick pony in that sense. I get the impression she’d like to break out of that mold a bit.

McCarthy’s acting was fine in this movie — good, in fact — but her character flopped back and forth between a normal mom who you could empathize with to that zany Melissa McCarthy trademark character.

It was a little bit hard to get a handle on what this comedy was supposed to be.  It was somewhat boring for an outrageous comedy, but it wasn't normal enough to be a family comedy. 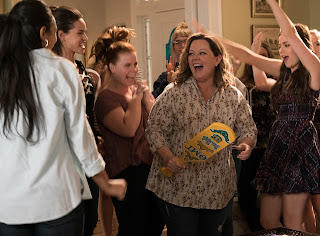 I thought this movie would be an easy one to get right. A mom going back to school while her daughter is also finishing up her senior year of college?

Seemed like all kinds of fun could happen but the script didn’t live up to the potential.

Instead, we got a Melissa McCarthy movie that focuses on McCarthy’s character --- Deanna --- and almost just her character.  Deanna's daughter should have been an equal star in this story based on the premise.

Maddie (Molly Gordon) was just there for some punchlines.

McCarthy is great. But she excels when she has a good case and good material to work with.

Maddie's sorority girls were good, but the main plot just didn't focus enough on them.  This movie treated everyone not named Melissa McCarthy like they were just filler, at best. 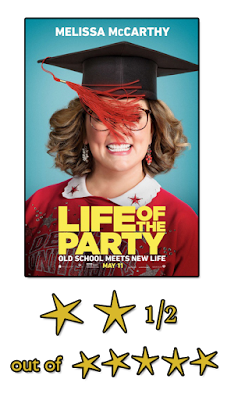 Jack (Luke Benward), her young, college-aged love interest entered into the fray with a one-night stand.  He ended up being the son of a rude woman who didn't like Deanna.

I essentially tuned out after that.  I hung on as long as I could.

I think they should’ve gone full-on ‘outrageous’ like The Hangover and Bridesmaids or they should’ve left that stuff out and gone for an actual drama / comedy that someone like Sandra Bullock or Julia Roberts would be cast in.

This movie lives in between those two places and, as a result, gets lost before it could even get started.

Posted by Batson at 8:37 PM No comments: 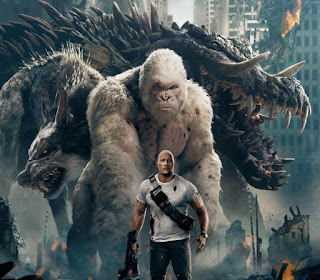 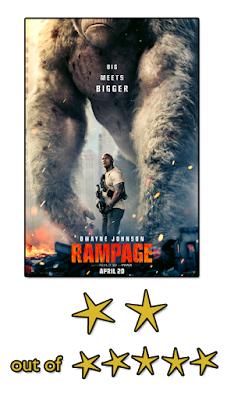