Some singers collaborate and they are like peanut butter and jelly.  Their voices complement each other, their attitudes are similar or they are so different that it just works. 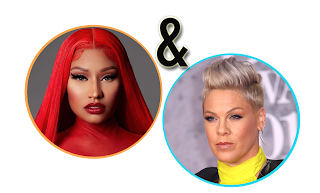 Pink has collaborated with Kenny Chesney, Eminem and, of course, the other singers on 'Lady Marmalade.'  Nicki did one of the best collaborations since 'Lady Marmalade' when she teamed up with Ariana Grande and Jessie J for 'Bang Bang.'  This just seems like it would be a fun collaboration in music video form and in song form. 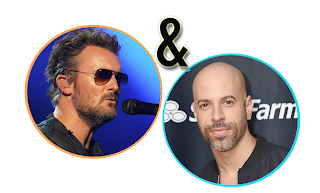 Chris Daughtry and Eric Church
These two North Carolina boys who both love rock music could put together an incredible song.  While Daughtry is more rock and Church is more country, they both have some overlapping themes and sounds in their music.

Both have delivered very good albums not too long ago, but they didn't get the attention they necessarily deserved.  Maybe a team-up is in order for another hit on the radio for both of them? 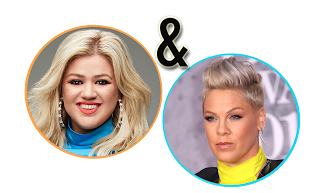 Pink and Kelly Clarkson
I think most of their fans are waiting on this to happen.  Hopefully it does.  If it does happen, hopefully it's not left in the vault like Lady Gaga and Cher's collaboration or Pink and Christina's team-up.
Technically, Pink and Kelly did have a duet together at the American Music Awards, but the song choice wasn't great and, besides, it was a cover.  I'd prefer an original collaboration over covering someone else's music. 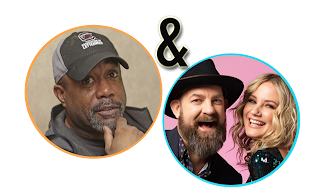 Sugarland and Darius Rucker
Two awesome country acts and two awesome voices here.  Sugarland has been a tremendous duo for several years.  Darius is no stranger to a group act, so harmonizing shouldn't be a problem.  He did great with Adele several years ago.  Darius and Sugarland both had a sound that can be mainstream or flat out country.  I don't care what genre they produce as long as they produce a song together. 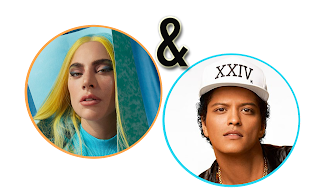 Bruno Mars and Lady Gaga
These two can siiiiiiiing!  Two great voices that work with just about any musical style you put them into.  Both of these Super Bowl halftime performers on the same track?
It could end up being really disappointing (e.g. Chris Stapleton and Pink), but it could also turn out really cool.  I'd love to see them at least take a shot at doing something great. 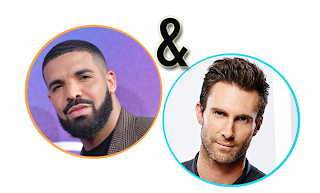 Drake and Maroon 5
Maroon 5 has worked with all kinds of people in the past, but Drake would bring a different flavor for them.  I think Adam and Drake's styles could complement each other very nicely.  You'd get an interesting beat, some rap and some pop.
Again, it could be a top 40 hit.  Or it could be one of those tracks that ends up on an album that goes more unnoticed and unrecognized than it deserves to be.  Either way, we get to listen to it. 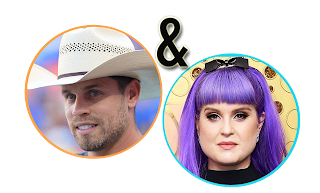 Dustin Lynch and Kelly Osbourne
These two are friends in real life but couldn't be more different musically.  Sometimes those are the times when collaborations work the best.  Those unexpected musical styles can meld together and turn out something great.
Usually, whether it's in movies or sport, real life friendships translates to success in other areas.  It could end up being the same with these two as well. 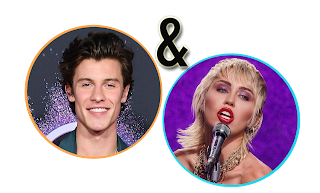 Miley Cyrus and Shawn Mendes
After seeing them perform together at the Grammys, I think a duet on their own song would end up sounding great.  Like I said with Kelly Clarkson and Pink, singing together at an awards show is great, but performing an original is preferred.
Between Cyrus' twang and Mendes' own unique voice, they'd end up with a very top 40-friendly hit. 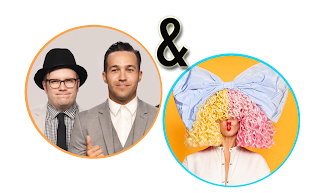 Fall Out Boy and Sia
This collaboration seems kind of odd, but kind of perfect at the same time.  Fall Out Boy has a history of working with all kinds of acts -- from Elton John to Courtney Love to Demi Lovato.  Meanwhile, Sia has a unique sound that could mesh very well with a Fall Out Boy song.

Sia's collaboration with Pink was far too overproduced so 'Waterfall' didn't make any kind of dent on the charts.  Sia and Fall Out Boy could get the job done though.

Posted by Batson at 2:53 PM No comments: