I like to stay pretty out of the loop these days when it comes to superhero movies.

I don't want to know who is playing what characters will be in the movie or who is expected to live and die or who makes a cameo.

The superhero movies have improved so much that I have enough faith it will be good without having to go to the spoilers.

I went into Dark Phoenix the same way. I knew it wasn't going to be a gigantic blockbuster, based on the preview I'd seen, but I was hoping for the best.

Let me say right out: this movie was awful! It's the only movie I can remember seeing in the theater where I sat there and thought 'Is this movie over yet??'

It was that bad.

I'm not even sure where to start. I was excited about seeing the Dark Phoenix saga told well -- even if it was crammed into one movie.

Instead, we got a strange half-reboot of X3 (because that worked so well the first time) and poor man's Captain Marvel.

I noticed some changes in filming. It seemed like they cut the budget because Storm's lightning looked like crap and the train scene at the end of the movie had a lot of blatantly obvious green screen aspects to it. 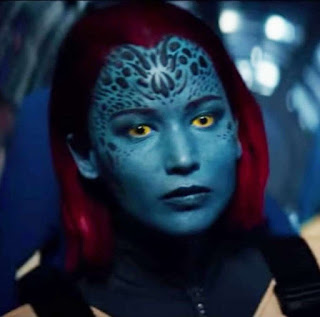 They must've cut back on the makeup budget as well. Mystique's blue tint was not up to part. Beast looked more cartoonish than ever -- and not in a good one.

I know it's a movie called 'Dark Phoenix' but once again it was too much Jean Grey in this movie. It was too similar to X3, where every other character took a back seat.

Jean Grey and Mystique didn't have a relationship that built movie upon movie so when the big, dramatic scene occurred with the two of them (I won't spoil exactly what happened ... in case anyone wants to watch this train wreck), it felt antic-climactic.

I think Jennifer Lawrence must have known that this movie wasn't as good as the others because she mailed in the performance here.

The fight scene in New York City was lackluster.

Magneto (Michael Fassbender) and Xavier (James McAvoy) delivered when it comes to acting, but the writing didn't leave them much to work with.  Beast (Nicholas Hoult) was just kind of there.

Storm looked awesome, but she didn't even have a line (that I can remember anyway).  That character needs a solo movie now that X-Men are part of the Marvel Cinematic Universe.

I'd love to see them introduce maybe a solo Storm, solo Wolverine and solo Professor X / Magneto movies before they all unite.  Then, when they all team up, it'd be like the first Avengers movie --- seeing these awesome characters together for the first time on the big screen. 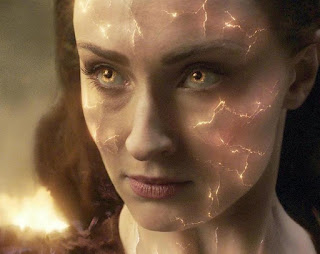 But enough about the potential that lies in the Marvel Cinematic Universe.  Back to this dud.

Nightcrawler would've been cool but his makeup wasn't as good as in the past either.  Speaking of makeup and special effects, how about Jean Grey?  Her skin was basically crackling throughout the entire movie --- as though the Phoenix was going to burst out of her.

Believe it or not, the Phoenix was never really explained throughout the entire movie.  Where did it come from?  What purpose does it serve?  Why did it choose Jean?  Those are really basic questions, but none of them were answered.

That kind of thing leaves a moviegoer exiting the theater feeling unhappy instead of raving about how good the movie was.

Oh, and Jessica Chastain's character?  Completely pointless.  Completely!  Shouldn't have even been in the movie in the first place.  There wasn't much of a backstory there either, but I didn't care because I just wanted that character to disappear.

I left the theater and immediately logged onto Twitter, thinking there had to be someone out there who thought this movie was the snore fest that I thought it was.  Sure enough, tweet after tweet about the disappointing end of the X-Men movie franchise under 20th Century Fox's umbrella.

There was no audience applause in this movie either.  Unlike the last superhero movie I saw (Avengers: Endgame), where there were several moments of laughter and applause, this movie was almost like sitting in church or at a funeral.

I felt guilty every time I rustled through my popcorn bag because, other than the movie itself playing, there was silence throughout the theater. 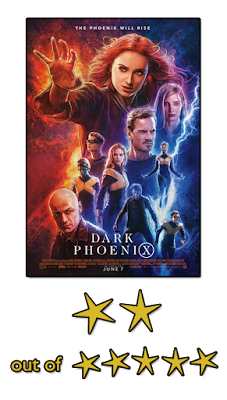 I liked the actors and the concept of a Dark Phoenix movie, but it was done all wrong here.  The actors didn't have enough good material to work with, the plot was awful and the execution of computer graphics and makeup was sad to see.

Worst superhero movie of the year so far.  If you are going to watch it because you're a huge fan of X-Men and superhero movies (like me), save your money and wait for the Redbox.

I'd like to say that my 2-star rating was an exaggeration, but it feels fair to me.

The only thing I can say is that maybe it seemed worse than it was because Avengers: Endgame was so good.

That's the price you pay when you put out a movie in the era of the Marvel Cinematic Universe.  Step up to the plate and hit a home run or have yourself a seat.