Do we want equality at the Grammys or not?

I actually watched the Grammys this year. I was a fan back in 1999 and 2000, when I was still pretty young.

Then I saw Faith Hill's awful performance (in 2002 maybe?) and realized a lot of these performers weren't very good at singing live.

I also started noticing that none of my favorites ever won. 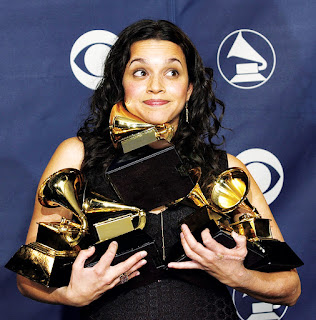 Pink didn't Best Pop Vocal Album in 2001. Norah Jones did. Matchbox 20 was nominated in 2001 for Best Rock Album, but they didn't win. Foo Fighters did.

Fall Out Boy and Panic! at the Disco didn't win Grammys in 2019 and 2017 for Best Rock Album. Those awards went to Greta Van Fleet (who?) and Cage the Elephant (again, who?).

You probably get the picture by those few examples.

There are always a handful of performances that are fun each year --- especially the unexpected team-ups that nobody saw coming.

Pink and Sarah McLachlan singing 'Angel' a few years ago was random, but very cool.  Elton John and Lady Gaga teaming up a few years ago made a lot of sense.  The award portions of the show though?

It seems like the Grammy Awards were worse than WWE, always trying to push who they wanted to push instead of letting the public take to people naturally.

Those four ladies are all talented, so why push an agenda when it comes to them?  Let them achieve success as it comes.  No need to force it down anyone's throat.

That's excessive, especially considering they beat out the likes of Bon Jovi (Crush), Matchbox 20 (Mad Season), No Doubt (Return of Saturn), Evanescence (Fallen), Matchbox 20 (More Than You Think You Are), Nickelback (The Long Road), Daughtry (Daughtry) and Kings of Leon (Come Around Sundown) for those awards. 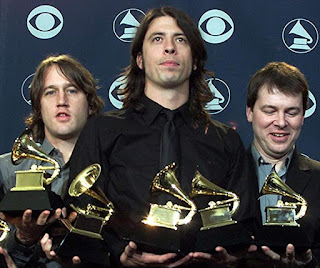 If that's not playing favorites, I'm not sure what is.  They're a good band, but I have almost no doubt that they won because those in charge feel that the Foo Fighters give the Grammys more credibility since they're not as 'mainstream' as the other nominees.

'Pop' and 'mainstream' have always been dirty words at these awards shows.

Those mainstream projects are what make the music and movie industries money, but they can't honor them at awards shows because we, as fans, certainly don't appreciate the creativity and artwork of movies and music the way those in charge do ... right?


The lack of diversity

Over the past decade or so there has been growing opposition to the lack of diversity with the Grammy nominations.

I guess you can throw females into that group because there were all kinds of stories previwing the Grammys this year, talking about it being 'a girl's night.'

After the awards show ended there were immediately tweets and articles put out by USA Today, Time Magazine, etc., etc. talking about the 'women who ruled the Grammys.' 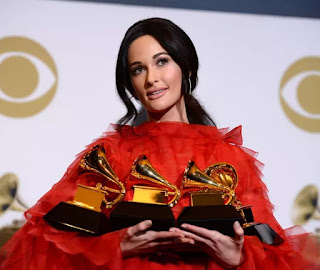 Yet, people seemed upset that Kacey Musgraves (a white, dark-haired country singer) won the award for Album of the Year.

She was up against Cardi B (I don't see much talent there), Drake, H.E.R. (who?), Post Malone (couldn't name a song of his if you paid me), Janelle Monae (she's good) and Brandi Carlile (who?).

She's a woman, but she's not a woman of color, so I guess that's why people were upset.

They want minorities to dominate all the categories.

I understand why some people feel that way. They are tired of it being 2019 and being the 'first time an African-American (insert achievement here).'

Some want a minority in every single nomination category and a minority win for every single achievement there is.  There was a time when people of color and/or minorities didn't get the shine they deserved, so now people want to make up for that as though the Grammy awards were reparations.

The Grammy Awards are catering to those people due to all of the recent criticism.

Isn't that the opposite of equality though? 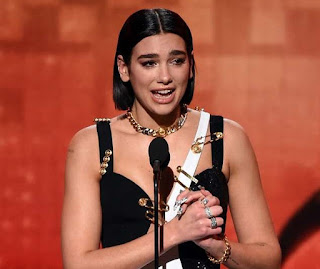 Dua Lipa won Best New Artist at the 2019 Grammys over Luke Combs. I think that was a mistake.  Combs is an immensely talented artist. I prefer him over anyone else in that category. He really didn't stand a chance given that this was 'the year of the woman.'

Kacey Musgraves is actually another project. The Grammys gave her several awards this year, despite the fact that her songs weren't even really played that much on country radio, let alone top 40 radio.

Country stars often get snubbed at the Grammy awards because they don't fall in line with the agenda that the Grammys try to push, so it's nice to see a country artist win the biggest award of the night.

But Musgraves won because she's a project.  They like her album because it deals with inclusivity and love and hope (etc., etc.).  They probably appreciated it even more because she is a country artist who is bucking the system because country music is only supposed to be about tailgates and pickup trucks and jean shorts ... right?

It's a shame that there are excessive nominations and clear favorites at these award shows because so many people end up getting overlooked regardless of their race or gender.


Where do we go from here?

When society gets to the point of giving awards to people you want to be successful and/or because they represent a minority that was underrepresented in the past, it takes away the meaning of the awards in the first place.

There may have been deserving artists who didn't get the recognition and accolades they deserved in the past. That may have been due to those artists being minorities.  That is, no doubt, a shame.

The awards were always supposed to be given to the best though, right?  Even if that's not what always happened, that's what they are supposed to represent, right?

How do we get to that point?

That's a tough road to navigate.

'The best' is subjective term. It always will be.

Even though I didn't agree with a lot of the wins over the years, there is a case to be made for most of the people mentioned above winning any of those awards. 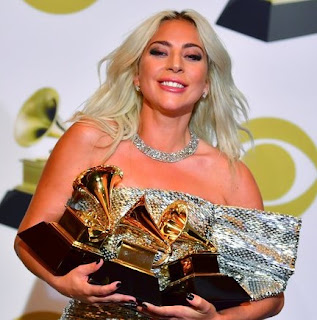 I think we have to get past the agendas and focusing on minorities when looking at nominations.  We have to get to the point where the awards truly do represent 'the best' and doesn't cater to people who have agendas.

Right now, the Grammys Awards are going one foot forward and going two steps back.

They're giving awards to more minorities, so that's good.  Minorities don't struggle to have success in the music and movie industries the way they used to.  That's also good.

It's the same old story told in a different way.
Posted by Batson at 10:41 AM No comments: