Characters who should appear in GI Joe 3

After the successful opening weekend for G.I. Joe: Retaliation a few weeks back, rumors immediately started swirling about G.I. Joe 3.

Even though there was no additional scene after the credits, I almost immediately began anticipating a third movie as well.

Given that there was such a shift in the cast between the first and second movies, I'm hoping they continue that trend (to a degree) with the third, welcoming a few more Joes to the fold. I hope there's a few new villains as well.

While I always welcome Storm Shadow back for round three, I think Firefly and Zartan's departures (assuming they don't make a miraculous comeback) will open up a couple of new spots.

Here are some of the characters I'd like to see show up next time around: 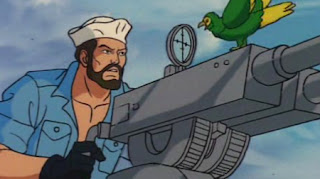 He was always one of my favorite G.I. Joes, simply because Shipwreck always had personality. There were some episodes that centered around him and it got to be a little annoying.

Too much Shipwreck equals annoyance. He'd be a great addition for a third movie though.

If they could find someone who could capture the same personality that Shipwreck had in the animated series, he'd fit very will into an ensemble cast. 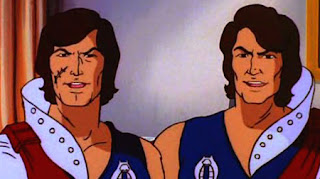 Tomax and Xamot (aka the Crimson Twins)

These two became two of the most entertaining characters in the G.I. Joe universe -- villain or hero.

I'd love to see them appear, pretty much as they did in the cartoon: finishing each others sentences, doing all kinds of acrobatics and being generally evil without any remorse.

I would prefer to see them be a little more karate-based and eliminate a few of the acrobatics, but, generally they should be kept the same. No reason to fix what's not broken. 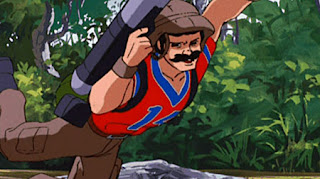 As G.I. Joe's resident missile specialist, Bazooka is almost always carrying a bazooka in his hand. Often times he was characterized as a buffoon in the series. I know some fans of the character didn't like this, but it never really bothered me.

In fact, that's what made me like him. He was always good for some comic relief. 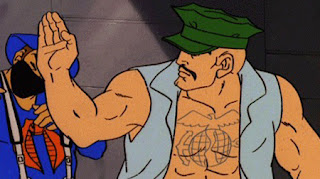 If there's anyone with more personality than Shipwreck in G.I. Joe, it's Gung-Ho. He's loud and colorful at all times

He has some impressive strength in the animated series, so that would probably have to be toned down a bit.

Throwing around several Cobra troops without breaking a sweat probably isn't the most believable thing to have happen in a live action movie. 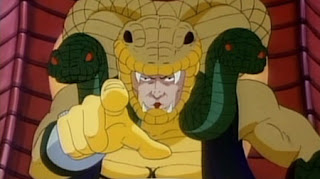 I don't think it's time to take the spotlight off of Cobra Commander -- not yet. After all, he just appeared in full form in the second movie. However, it would be cool to plant some seeds for another villain for a fourth movie.

Maybe an appearance in an extra scene after the credits?

After Cobra Commander drops the ball another time, Serpentor could be there to pick it up, leading to the interesting dynamic of Cobra Commander having to give up some power and control to a more powerful quasi-ally. 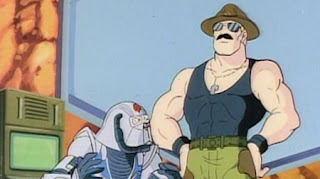 He was a World Wrestling Federation wrestler, but after his appearance in G.I. Joe The Movie, Sgt. Slaughter solidified himself as a member of the Joe universe. G.I. Joe and the WWF was a partnership I doubt may people saw coming, but it's one people should have expected. There's a lot of similarities between the two.

I think it's cool that Slaughter was able to make a convincing cameo in the animated movie. For that reason alone, it would be cool to see him make a small cameo in the next live action movie. 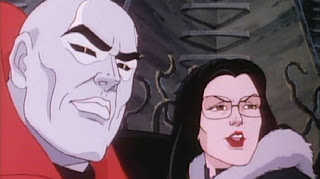 Destro and The Baroness

Both Destro and the Baroness have already appeared in the first G.I. Joe movie, but I'd like to see a return. Cobra Commander just isn't the same without his uneasy relationship with Destro and the untrustworthy Baroness.

Without that dastardly duo trying to defeat the Joes while simultaneously de-throning Cobra Commander, the G.I. Joe movies weren't as fun as they could have been. Here's to hoping they rectify that mistake if there's a third installment.