I watched Nine Lives the other day. It was a pretty decent movie. With all the bitterness and anger in the world, even on the weekends, I wanted something light and without any controversy. What better choice than a family comedy about a man being trapped in the body of a cat? 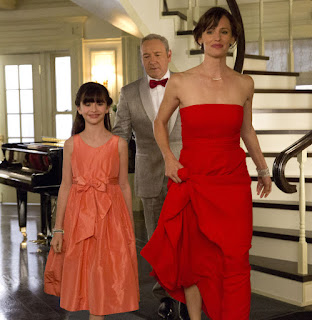 It didn't disappoint. While it was far from amazing -- definitely not an all-time classic, it was alright. It served its purpose.

Some over-the-top cat antics (which lead to some not-so-believable CGI) and a little bit of bland acting prevented it from being better.

The story is about a big-time businessman who is obsessed with building the largest building in the USA. He devotes all of his time to that quest, not giving enough attention to his second wife (Jennifer Garner) and their daughter (Malina Weissman). He also neglects to give any kind of credit to his son (Robbie Amell) from his first marriage -- who works for his father.

Kevin Spacey was great throughout the movie (even if he's in cat form for most of it) but he couldn't do it alone.

Jennifer Garner, for as beautiful as she is, has never been a great actress. She's passable and exceeds in more over-the-top roles (like 13 Going on 30) than she does in roles that are more serious. 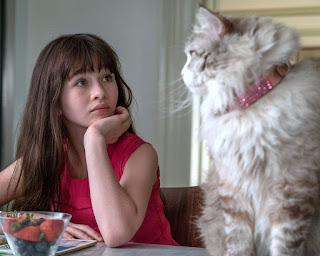 The actress of played their daughter, Weissman, wasn't great as a young April O'Neil in Teenage Mutant Ninja Turtles and she wasn't out-of-this-world as the young Supergirl in the Supergirl TV series. If you saw her performance in those two movies then you pretty much saw her performance here.

The other day I mentioned how I despise bad child acting and how impressed I was with the young actor who portrayed Mowgli in The Jungle Book. This movie shows just how good and atypical he is.

After all, the entire movie is about her relationship with her father and his road to become emotionally closer to her. 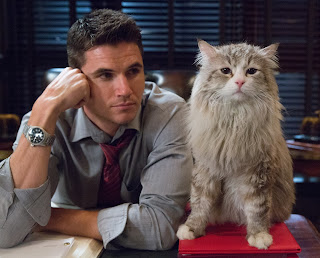 While Robbie Amell is no Oscar-winning actor, he did an OK job -- better than I'd expected considering he's been used as the beefcake in some of his films (no real acting ability required there). He was kind of a third-wheel character, but has an important role at the same time. That's tough to balance.

He was almost the only one in the movie who seemed whole-heartedly invested into the role he had, trying to make the movie bigger than it was instead of settling into an acceptance that this movie wouldn't be a huge box office success.

So, overall, he did well. 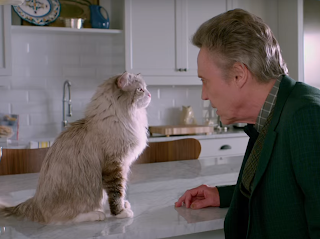 Christopher Walken was great. That's no surprise though. Walken plays an eccentric cat whisperer. In every body switch movie there has to be that somehow mystical or powerful person who is there to lead the main character down the right path.

That's basically Walken's role as the cat whisperer. How did he end up in that role? That's not really explained, but it's an accepted role in the movie.

I figured he'd be in and out pretty quick, but he had a fairly large role in this movie. Not that this is a bad thing -- just surprising. 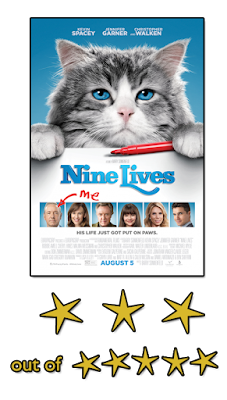 Like I said in the beginning of this blog, this movie was not and will not be a classic, but it's an OK family film. It's a movie you'll probably see on TBS or Freeform at some point.

I wouldn't go purchase it on DVD, but if it's one of those $2 Black Friday Walmart specials or available on Netflix or Redbox, then, sure, go check it out.

If you're in the mood to get away from some of the negative aspects of the world, it's not a bad a choice. It'll take your mind of things in a fun way for a little while.

Posted by Batson at 5:42 PM No comments: