There have been rumors for the better part of a year that, after three movies, Ben Affleck was done playing the role of Batman. 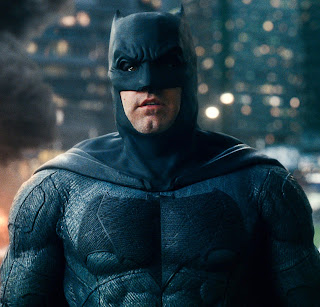 Affleck faced a lot of criticism when it was first announced that he had the role (I never bought into that criticism myself). He silenced a lot of the haters after starring roles in Batman v. Superman and Justice League (and his brief appearance in Suicide Squad).

I guess he's been to rehab and may have some other personal issues happening --- or creative issues with Warner Brothers.

I was hoping that he could have a minimized role in the DCEU, but he confirmed on a recent episode of Jimmy Kimmel that it's not happening. He's done.

The question is: what do they do about Batman now?

There are a few options, just as they had when rumors swirled last fall that Henry Cavill was done playing Superman:


1) Recast a new Batman for the DCEU

This is my least favorite option. It really isn't an option in my opinion. It destroys the credibility of this universe that DC has been trying to set up.

Man of Steel was their first effort into this universe, but Batman's addition in Batman v. Superman is what really jump started it into being a universe instead of just a couple of Superman movies.

I despise when characters in movies are recast. Write around it instead!

You own the name and rights to the Batman character.

You don't need to physically see Ben Affleck as Batman.

Shoot some flashbacks with someone else in the suit if you need them.

Use the Batarang (like they do in Shazam!) or newspaper clippings to tie the universe together. They could even use J.K. Simmons in his role as Commissioner Gordon to tie things together.  There's no need to recast Batman into this universe.

That will only make it all look silly.


2) Continue on without Batman

I'd prefer that they do this. I'm a huge fan of Batman (my favorite comic book character of all time), but, honestly, I think there's probably a little bit of Batman fatigue since the story has been told so many times.

8 movies since 1989 (not counting Justice League or Suicide Squad). 8 movies in 30 years may not sound like a lot, but when you consider that movies have been released approximately every 3.75 years, it ends up being overdone.

Aquaman was a massive success and Jason Momoa will only get better in sequels as he continues to get more comfortable with portraying his version of Aquaman.

Gal Gadot has already aced her role as Wonder Woman and I don't see that changing any time soon. That role is hers for as long as she wants it and for as long as fans are interested.

Marvel is dishing out Captain Marvel, but Wonder Woman will be hard to beat. She's got so much history on her side that it makes it hard for Captain Marvel to even compete. 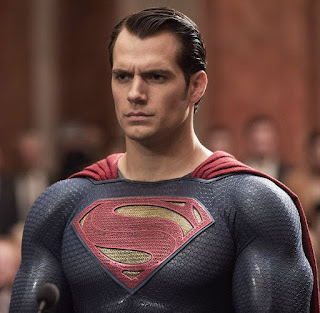 If DC can come to terms with Henry Cavill (and they should!), then they're set.  Cavill showed he has box-office drawing power outside of the DC movies with his role in Mission: Impossible last summer.  Pay the man what he's worth and get him back for more movies (with better scripts).

You've got your top 3 box office heavyweights with Aquaman, Wonder Woman and Superman.  You don't need Batman for this universe to be complete.

Plus, I think Shazam! is going to be very successful too. There's a lot of potential for The Flash with Ezra Miller playing that role.

Ray Fisher didn't jump off the screen as Cyborg in Justice League, but I think that character could be reworked and developed in a very successful way too.

That's not even taking the Green Lantern into consideration. If they do a good job casting for that role and put that movie out, then Warner Brothers has another big superhero name to work with.

Ben Affleck did a good job as an aging Batman who set up the Justice League. I'm fine with this version of Batman ending that way.

They could do Justice League movies without Batman as well. Bring in Martian Manhunter. Use some of the already established characters from Aquaman. Use Jesse Eisenberg (who I thought did a good job) as Lex Luthor. Use Joe Manganiello (great casting by the way!) as Slade Wilson.


3) Come to terms with Ben Affleck for future appearances

This would be ideal. I'd still prefer they shift the focus to the other Justice League characters, but think about it this way: Aquaman has a successful sequel, Wonder Woman ends up as a trilogy, Cavill comes back for another Superman movie and Shazam does well and has a sequel. Then the Green Lantern, The Flash and (possibly) Cyborg all have solo movies.

This could all take place over the next 10 years.

It's always possible Affleck and Warner Brothers could come to terms for a follow-up appearance. Batman wouldn't be the focus of the movie, but could have a small-to-medium-sized role in the movie.

Maybe Batman even dies in that movie?

It'd be a better ending than randomly disappearing from this universe entirely.


4) Cast a new Batman in an alternate timeline / universe 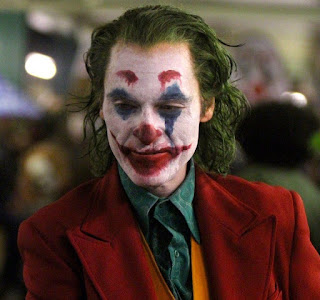 This is probably the number one option in my opinion. Depending on the success of Joaquin Phoenix in The Joker in October of this year (and depending on how that The Batman script turns out), they could cast a new (and younger) Batman --- kind of like Gotham has done on FOX --- and move in that direction.

They could connect The Joker to The Batman in a face-off movie sequel if both of the origin movies are successful enough.

Now that would be unique. There would be some build-up to the confrontation between these two classic rivals because the third movie in what could be essentially a trilogy would be the first time they go head-to-head.

There are very few rivalries in fiction that are better than Batman vs. The Joker.

We've seen that Batman can carry movies on his own. That's been proven time and time (and time) again.  This character doesn't need the Justice League to be successful.

Given how awesome Gotham has been, a series of origin movies involving Batman's enemies (and an eventual clash between them) would be very interesting.


What do you think?  What's the best option for Batman going forward.