Who could, should, won't and shouldn't show up at WWE's 2nd women's Royal Rumble?

It's January, which means it's Royal Rumble time.

WWE already announced last October that the 2nd ever women's Royal Rumble will be returning this year.

What can we expect out of this match?  Probably a female version of the men's match.

We saw several returning favorites and NXT surprises at the first ever women's Royal Rumble in January 2018:

That's 11 women who competed in the Rumble who weren't on the main roster at the time.

Granted, some of those women probably returned because WWE didn't have enough women on their rosters to fill up a 30-woman battle royal.


But WWE has stacked it's main roster in 2018.  Billie Kay, Peyton Royce, Zelina Vega and Ember Moon were all called up.  Maria and Maryse both returned from having babies.

That means those 6 will presumably be in this year's match.

If WWE combined their Raw, Smackdown, NXT and NXT UK brands, they could easily get 30 women.


Here's a list of the women on the active roster who could potentially appear in the match:
That's almost 30 women right there!

Still, my hope is that there's some room left open for some surprise returns.

I think we'll see less NXT women this year (last year both Kairi Sane and Ember Moon competed) and we won't see any of the surprise returns who were in the 2018 match (that means no Lita, Trish, Torrie Wilson, etc.).

Bianca Belair or Io Shirai may show up, but I wouldn't be surprised if they didn't either.

It's possible Maryse doesn't compete because she's been spending time being a mom and she's more of a manager than a wrestler.

But she has been in mixed-tags in 2018 and she's a former Diva's Champion.  She missed out on last year's match, so I wouldn't be surprised if she'd want to be in on this match.


We know these women won't be appearing in the match:

So, there are still a few spots open for surprise returns.

WWE has a surprisingly long list of women who they could turn to for a one-time appearance.

The focus should be on putting over newer talent, of course, but nostalgia is always nice. 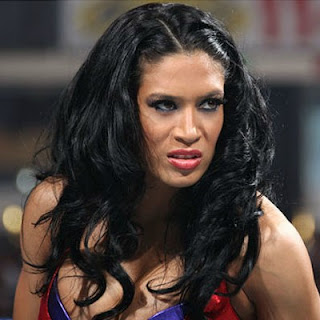 Melina - I'm a huge fan of Melina, so she's number one on my list.  She was awesome for several years in WWE.  I felt that her time was cut short.

She could've contributed for several more years.  Just look at Mickie!  She's still at it.  Melina could be doing the same.

Her matches with Mickie James on Heat and Raw could still be put up against most matches in the women's evolution and hold their own.

The Bellas mentioned Melina in their RF Video shoot as being one of their favorites.  There's a lot of combinations that either A) the fans would like or B) the women themselves would like.

Melina announced late last summer that she was retiring, so chances may be slim, but we all know how retirements in pro wrestling go.