Seeking a Friend for the End of the World - reviewed.

That may be too harsh. After all, the movie didn’t absolutely suck. It was alright, at best, though.

I had high hopes because the cast was fairly impressive. 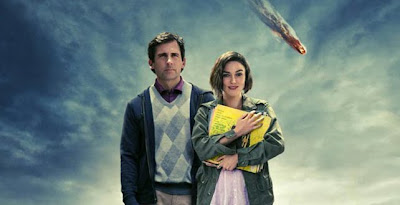 Steve Carell and Kiera Knightley lead the cast – filled out by Melanie Lynskey (the girl from Two and a Half Men), Adam Brody (the dude who was on the O.C.), William Petersen (you know how he is, C.S.I. fans), Rob Corddry and Patton Oswalt.

That’s what should have tipped me off. Anytime you get a bunch of comedians together, the movie can be a hit or miss. Sometimes the comedians are given too much leniency with the script and they ad-lib their way into the ‘trying too hard’ zone.

The movie had a few funny moments, but it all felt very...already done. 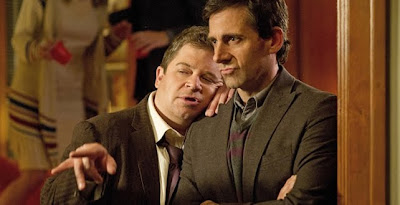 The scene with Patton Oswalt talking about “stuffing the cookie” with Steve Carell was comedic shock value that wasn’t shocking.

That’s the problem I have with some comedies like Hot Tub Time Machine, The Heartbreak Kid, The Hangover series and, to a lesser extent, Bridesmaids.

Each movie tries to outdo each other with raunchy jokes and over-the-top, unrealistic scenarios. I’m good with the raunchy jokes – so long as it makes sense. I think the makers of the original American Pie did that nicely. Their conversations weren’t so filled with unrealistic sexual or absurd banter that it took away from the story. They had enough realism to balance out the ‘shock comedy.’

Unfortunately Seeking a Friend … did not.

The story was simple enough. It's announced that NASA has spotted an asteroid that is headed towards Earth and will, in fact, destroy it. Dodge Petersen (Steve Carell) hears this news alongside his wife while sitting in the car. His wife immediately jumps out and runs away, through the park. Apparently she didn't want to spend her last living days with Dodge.

After working his dead-end job at an insurance agency the next day and a few other events that lead Dodge to hate his life (which include cameos by Oswalt and Corddry), Dodge finds a crying woman on his fire escape. It turns out to be his quirky neighbor, Penny.

She had a fight with her boyfriend. They console each other by talking about their problems and watching TV before falling asleep. No cookie for Dodge yet. The next morning Dodge walks Penny back to her apartment.

As the end of the world draws near, an angry mob starts looting Los Angeles. Dodge and Penny narrowly escape the mob. Unfortunately Penny's boyfriend Owen (Adam Brody) got left behind.

There were a few funny parts of their trip. Keira Knightley's interaction with the Sheriff when she was pulled over for speeding was hilarious.

Other than that, I was left going, "meh." 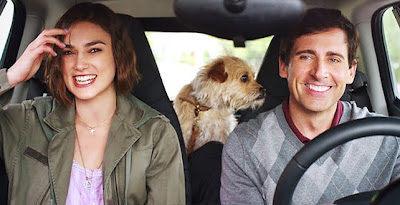 A love story is wrapped up in the center of all the craziness, but it never gets the chance to progress into something I care about. 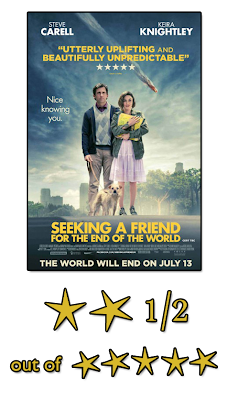