It's been widely speculated for months now that Jeff Jarrett's big announcement (coming in about 48 hours according to his Twitter account) is that he is partnering with Toby Keith to start a new wrestling promotion.

Anytime there's the mention of the slightest bit of competition for WWE I immediately get visions of a new era of the Monday Night Wars. I became a wrestling fan in the middle of that era -- in 1997, when Monday Night Raw was losing the ratings war to Monday Night Nitro.

To Dixie Carter's credit, she hasn't killed off TNA. It's a company that's over 10 years old now. It's not a threat to WWE's global empire though. IF Jeff Jarrett is starting a new promotion and IF that's his big announcement, I'll have to remind myself that it's going to take a while before (or, more appropriately "if") it's going to be competition to WWE. Success won't come overnight.

I'm optimistic, however, because Jeff Jarrett already started one company. He's got experience as a businessman now. He's had meetings with TV executives, negotiated merchandising and television deals, headed up talent relations and worked on the creative side of things. At this point, he's probably much better suited to run a wrestling company than almost anyone else there is. This time around I don't expect Hulk Hogan or Eric Bischoff to be invited anywhere near Jarrett's company.

Timing may be in his favor, too. WWE is negotiating with a variety of networks to find a home for their programming. If they find a new network, that could leave an open slot on the USA Network. Jeff Jarrett's show could fill that void. If WWE ends up staying with the USA Network, then Jarrett could swoop in and offer his product to AMC or the other networks WWE is currently negotiating with.

I think the majority of the wrestlers involved should be independent talent -- up-and-coming stars who just need a platform to showcase their talents. If Jarrett wants to be successful, however, he will need some established talent. IF his company is successful, he'd likely be able to eventually lure away talents like Alicia Fox, Curt Hawkins, Zack Ryder and other disgruntled talents from WWE or TNA. Right now, he doesn't have that luxury, so he'll have to pick from the pool of free agents who are available. Luckily for Jarrett, there's a large pool to choose from right now.

The following talents could be enough to give Jarrett's company a strong standing as the number 2 wrestling promotion...possibly (again, with time) making their way to number one: 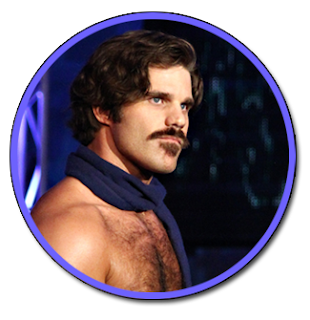 Joey Ryan helped train Candice Michelle back in 2007. She was trying to improve her skills before returning to WWE after being put out of action for several months with a broken nose. Candice Michelle actually got better. Candice Michelle! The woman who certainly seemed like a hopeless case actually ended up producing some quality matches with the help of newcomer Beth Phoenix.

Joey Ryan deserves a job for that accomplishment alone. Beyond that, he's a decent wrestler and he's full of personality. For whatever reason, after giving him a job for a few months, TNA let him go. It puzzled me because he seemed to be getting over. Hopefully he is TNA's loss and Jeff Jarrett's gain. 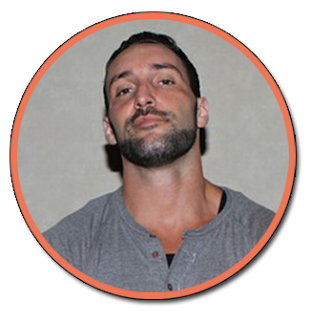 9. Chris Masters - he's got something to prove

At one point, during his last run with WWE, it seemed Triple H had taken Chris Masters under his wing. Masters was working quality matches on WWE shows like Superstars and Masters' mic work had vastly improved from his early days as "The Masterpiece" in WWE. There were rumors that Masters was in line for a big push.

Then he was released. CM Punk praised Masters' improvement.

I don't know how active Masters is these days, but I hope he'd jump at the chance to work for a televised wrestling company again. He could finally reap some rewards for his hard work and improvement from a few years back.

The Masters name belongs to WWE, I'm sure, but whether he's 'Chris Masters' or he goes by his real name, Chris Mordetzky, it doesn't really matter. He's a recognizable face. Fans will know who he is. He's only 31-years-old, so he could have a good run at the top of a promotion if given the chance.