When I recently blogged about Cobra Commander and the upcoming movies of 2013, it got me thinking: what are some of the best real-life incarnations of villains from the comic books?

I have a feeling Cobra Commander could easily fit into that category. Take a look at the cartoon-to-real-life transformation: 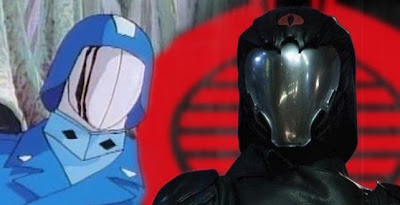 Come G.I. Joe 2, we'll see if the acting lives up to how awesome the photos look.

In the meantime, I came up with a little list.

Whatever the reason, these are some of the best villains that made it to the big screen: 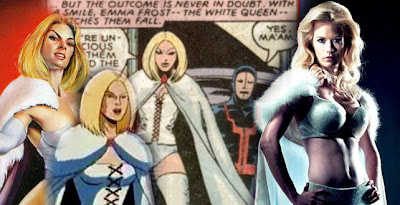 It's really just looks that landed Jones on this list.

She looked the part. My fellow South Dakotan is not the most amazing actress, but she didn’t to be in order to make this role work. Emma Frost was a supporting character after all. Any pretty blonde could have probably done this role, but Jones was chosen and she pulled it off. 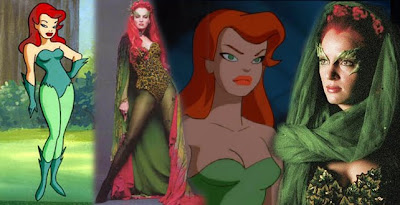 Some people may scoff at this one, but I think Uma Thurman pulled off a very difficult task.

She played Poison Ivy, who is a very corny character (she has control over plants), and brought her into the real world, creating a (basically) believable character. Let's not forget that she did this in what was, overall, a very campy movie. Uma Thurman as Poison Ivy was one of the positives in Batman & Robin. 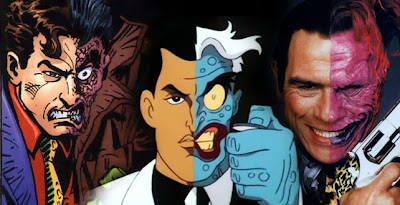 With no exceptions that I can think of, Tommy Lee Jones is awesome in whichever role he's in.

Jones brought the half-crazy, half-calm, cool and collected character of Harvey Dent/Two-Face to life in the relatively campy Batman Forever film. While Val Kilmer may go down in history as the worst Batman, I had zero complaints about the villains in that movie. 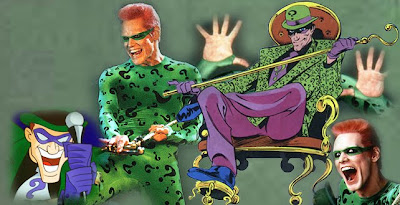 Jones was joined by Jim Carey, who played The Riddler. Two-Face and The Riddler formed a dangerous, somewhat psychotic alliance, trying their best to get rid of Batman. Carey delivered what was perhaps a S&M version of The Riddler, but I think he was a good casting choice. He brought a new aspect to the character, but kept a lot of the same mannerisms and zaniness you can find in the print version. 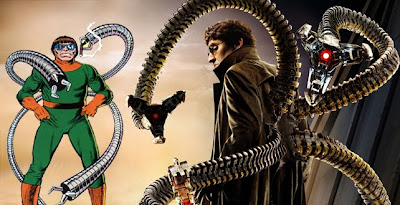 The special effects are what really made Dr. Octopus work so well in Spider-Man 2.

You’d think it would have been hard to make a man with four metal arms attached to his back look real. They did it though. In fact, Dr. Octopus looked better than Spider-Man, who often looked like a computer game rather than Toby Macguire in a suit in front of a green screen.

The actor himself wasn't spectacular. The overall result of his look, his costuming and the special effects turned out a very authentic Doc Oc. 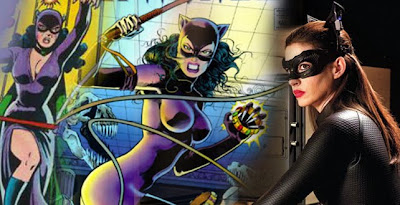 Did anyone reading my blogs not expect Anne Hathaway to make this list?

She’s probably my favorite real-life version of Catwoman. She was a great combination of several characteristics. She was physically capable of defending herself, but, at the same time, she's not like other female butt-kickers -- Elektra or Lara Croft for example. Rather than using brawn, Catwoman used her smarts. Anne Hathaway captured that perfectly. She was sly, seductive, and dangerous at the same time. 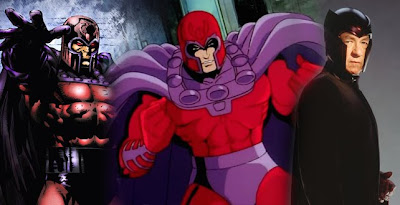 Ian McKellan was an interesting choice to cast as Magneto.

Ian is nowhere near as muscular or menacing as Magneto appears in the comics and the animated series. However, I think the cool, more calculated vibe that McKellan brought to the role made for an interesting adaptation and a successful one.

McKellan seemed more diabolical and heartless in a cold, menacing kind of way. It's not something I was expecting, but I'm happy the director went that way with the character. It was interesting to see Bryan Singer conceptualize Magneto the way he did. 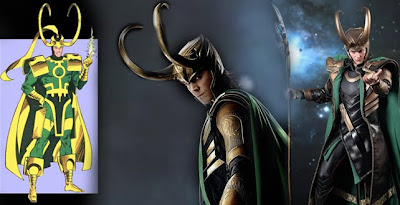 Thor was my first introduction to Loki.

I wasn’t an avid fan of the comics, so I knew bits and pieces about Thor’s history. After watching the movie, I wanted to know more though. It’s because Hiddleston’s performance as Loki that made that entire set of characters so interesting to me.

He was a sneaky, conniving weasel. He’s the type of character who would start a fight between two people and bail – only after watching some of the destruction he’d caused. Hiddleston made that character come to life. 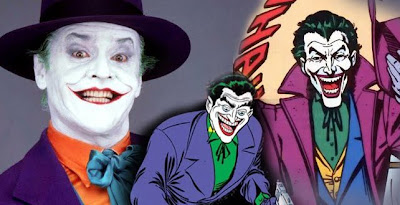 I don't know if there were any other candidates for this role in 1989, but Jack Nicholson was the perfect choice.

His performance in One Flew Over The Cuckoo's Nest perhaps geared him up for Tim Burton's version of The Joker. He played off Batman (Michael Keaton) very well. He was enough of a believable physical threat, but the combination of face paint, his crazy demeanor and the laugh that made it work so well. A lot of actors have taken on this role, but Nicholson is one of the best. 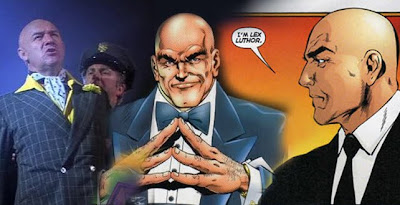 Kevin Spacey did a great job portraying Superman's arch-nemesis in Superman Returns, but he just can't beat out the original.

Gene Hackman was great in this role. Obviously Lex Luthor can't outrun or outpower Superman, but he could, at times, outwit Superman. Hackman's Lex Luthor gave off a calm, calculated and arrogant vibe.

Lex always had a back-up plan. Hackman displayed that confidence perfectly. He was so sure he'd win the battle that all of Superman's extraordinary traits didn't intimidate Luthor. Hackman captured that train of thought. He also had the comedy skills to add a little humor to the role. Despite his truly dastardly, villainous conquer-the-world plans, Luthor was still someone that was fun to watch when Hackman was playing him. 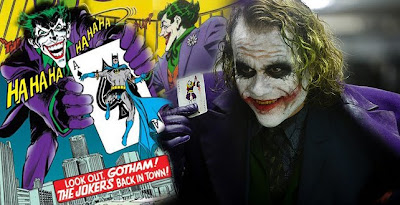 It's the second time The Joker makes the list. This time it's Heath Leder's version. It's hard to beat Jack Nicholson as The Joker, but Ledger may have done it.

He put his own spin on The Joker, darker and grungier than we're used to seeing, but he was the perfect combination of calculated and crazy. It was like old school Joker with a new twist. Modernized, but not without all the classic elements that made the character so amazing to begin with.


Related Content:
• Movies to watch out for in 2013
• The Dark Knight Rises - revisited.
• 8 picks to play Wonder Woman