What should the qualifications be for a WWE Hall of Fame induction?

WWE's Hall of Fame has become one of the fans' favorite nights of the year.

Why wouldn't it be? You get to see legends and childhood heroes get the respect they deserve and hear some (hopefully) funny road stories.

There are some glaring omissions from WWE's Hall of Fame that hurt its credibility: Owen Hart, Vader, Davey Boy Smith, etc.

There have also been some questionable inductees that also hurt its credibility: Koko B. Ware, The Godfather and Rikishi.

It's understandable that each year, come Hall of Fame time, there will be debate amongst fans. Each group of fans is hoping their favorite gets the nod. 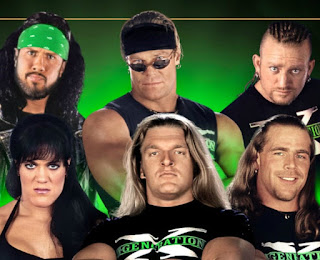 The inductions this year have caused some controversy as well. Chyna, for example, is being inducted. After the way Triple H's comments about Chyna on Stone Cold's podcast went viral a few years ago, seeing her name as a Hall of Fame inductee was a little surprising.

It was also a little shady -- giving Chyna an induction, but not a solo induction (like every other woman before her).

Instead, Chyna's induction is part of a group.

Is that the only way Chyna is going to end up in the Hall of Fame? Possibly.

I don't know that I believe WWE intended to be shady, but the optics aren't great.

Then you have The Honky Tonk Man. He's never put on mat classics like Savage vs. Steamboat, but he is one of the longest reigning Intercontinental Champions of all time. He certainly lasted a long time in the industry. He was a solid mid-card character in the late '80s.

Who has caused the most controversy though? Torrie Wilson. Some of her fans are rightfully happy that she's being inducted. A lot of fans have been vocal about their opposition to this induction. The former 2-time Playboy cover girl is certainly easy on the eyes and was very popular at the time she was in WWE.

That being said, I, too, question her merits.


Does Torrie deserve to be in the Hall of Fame? 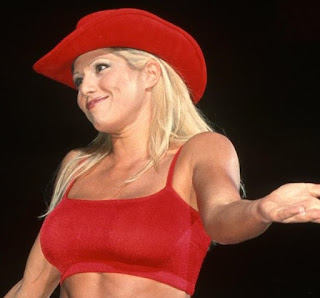 I started watching wrestling in 1997, so I remember Torrie's debut in WCW and the WWF. She provided some memorable segments over the years, but it was all entertainment / t&a / fluff stuff.

True, she did try to wrestle (and did eventually improve to the point of putting on a passable match), but does that equal a Hall of Fame induction?

True, she did become a C-list celebrity after leaving WWE (dating Alex Rodriguez and appearing on a reality show competition), but does that equal a Hall of Fame induction?

True, she was very welcoming to new girls in the locker room (by all accounts) and wasn't problematic, but does that equal a Hall of Fame induction?

True, she was the poster girl for WWE's Smackdown brand, but does that equal a Hall of Fame induction?