Just when you thought the Transformers franchise had jumped the shark and was dead, they go and make one of the best Transformers movies there was.

I liked Transformers. Transformers 2 was a little long. Transformers 3 seemed to follow too many superhero movie stereotypes. Age of Extinction had the awesome dinobots and they did a good enough job with Mark Wahlberg's character, but it didn't have the same magic as the first movie. The Last Knight was interesting, but wasn't amazing. 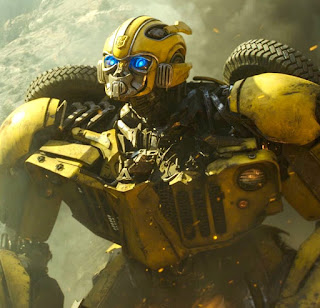 Rather than go forward, they went the prequel route with an origin story for Bumblebee. How did the Transformers end up on Earth and how did Bumblebee lose his voice?

It's all explained in Bumblebee.  It makes sense that Bumblebee is the main focus since he's been, arguably, the biggest focus in the Transformers franchise so far.

Optimus Prime is the Transformers' leader, but Bumblebee is the connection to the humans in the last five movies.

Bumblebee follows the movie timeline well enough given that it's a prequel that was overseen by a different director than the originals.

You're shown Cybertron right off the bat. I don't vividly remember the 80's Transformer series, but I saw the animated movie within the past couple of years and this seemed to give off the same vibe as the movie did.

There weren't Michael Bay-level explosions and the action was really great.

Throughout the movie, the Transformers and Decepticons' movements were very nimble. I'm not sure if that's due to advances in technology or if it's because they filmed it differently. Whatever they did, it worked!

The Decepticons were distinct and fun this time around.  They weren't all silver and difficult to tell apart.  That's an issue I sometimes had with the Transformers movie franchise.

Their interactions with the humans was interesting.  I especially liked the female Decepticon.  She was very conniving and a formidable foe for Bumblebee in this movie.

There's a scene on a nearby planet in the Milky Way galaxy that involves these two Decepticons that was done very well.  I felt bad for the Transformer in that scene. 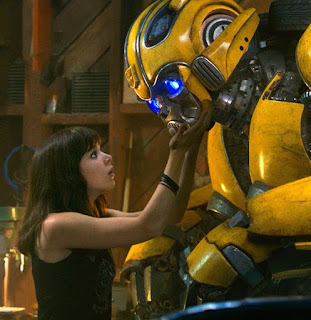 I'd heard the name Hailee Steinfeld, but I wasn't familiar with her work. She was a great choice though!

From the very first scene we were introduced to Charlie Watson (Steinfeld), it was very easy to connect with her.

There's a backstory involving her father. She has an annoying little brother. Her family dynamic is part of the plot and builds to the end of the movie.

In just one movie, Charlie is as entertaining a character as Sam Witwicky was in three Transformers movies.

I'm not sure if the Transformers movie will move forward somehow, but if it does it would be nice if they could work Charlie in somehow.

After all, Whitwicky doesn't show up until the 2000's.  This movie was set in the 1980s, so they could do a 90's story where Bumblebee and Charlie reunite for another adventure. 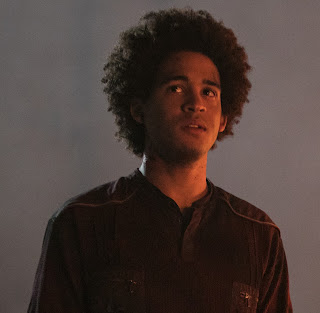 There's some decent comedy with Memo (Jorge Lendeborg Jr.), who has a crush on Charlie.  His role was a little stereotypical, but the character was a little awkward so it felt different.

Charlie wasn't your typical character, so her relationship with Memo didn't feel like a complete copy of Sam Witwicky and Mikaela Banes.

I'm not sure what else Lendeborg has been in, but he seems like he'd have potential in other roles as well.  He was completely believable in his role as an overlooked nerdy neighbor who has puppy love for the girl down the block.

He provided a lot of the understated comedy.  It wasn't in-your-face comedy, but it was little body movements or glances, along with his delivery, that had the audience chuckling. 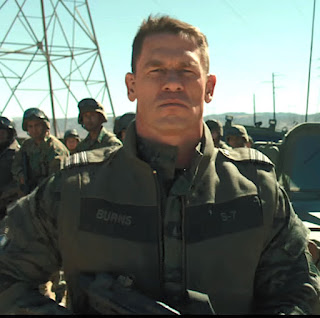 WWE's John Cena was in the movie.  His acting wasn't too bad at the beginning of the movie, but by the end of the first scene and on to the end, he wasn't believable.

He's got a long way to go if he wants to catch up to The Rock in the acting department.

That being said, he was fine.  He didn't necessarily add to the movie but he didn't take away from it either.  He did his role well enough to get by.

He wasn't full-on villain in this movie, so maybe it would've been better if he didn't have to portray a character with layers.

Landing a role like this isn't a bad way to kick off a Hollywood career, but I doubt Cena's character would be continued on into any Bumblebee sequels. 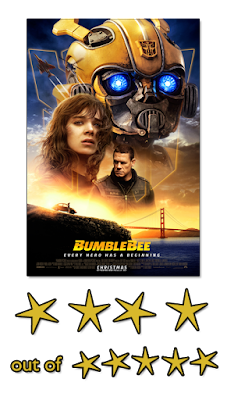 There were a few other minor characters and they were all developed quite nicely throughout the movie.  The storytelling in this movie was much better than the last three Transformers movies.

That was one of the most impressive things about this movie: that it managed to be good after a few sloppy outings in the franchise.

Hopefully we'll get more Transformers movies like Bumblebee.  This movie proves that there's no need for a complete reboot and that there are more still Transformers stories to tell.

Posted by Batson at 2:47 PM No comments: