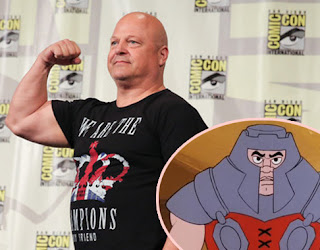 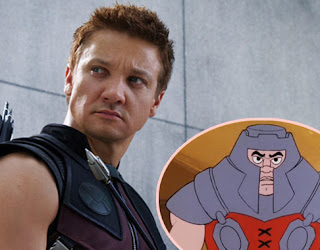 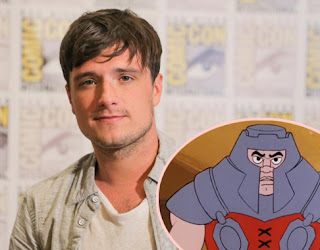 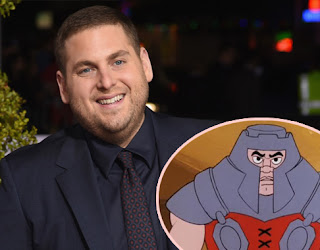 I had to take a quick break on my casting picks of the upcoming (it's still in the works, right?) He-Man movie.
I'm back, though, and this time it's Orko who is being cast. 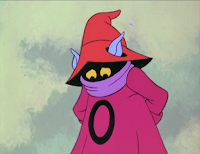 He's an interesting one.  In the 1987 Masters of the Universe movie, Orko was completely left out.  To some, maybe rightfully so.  I've read a couple of Internet writings that described Orko as the Jar Jar Binks of the He-Man universe.  I scoff at that idea, but to each their own, right?
In the new movie, I've got to take a pro-Orko stance.  He's one of the handful of people who know He-Man's secret identity!  You can't just write off a character like that.
He was one of my favorite characters in the Filmation series.  Granted, he was a little bit overused as a comical entity, probably to appeal to the children watching.  He could be used correctly and appeal to adults, though.  Take a look at Groot in Guardians of the Galaxy or Jarvis in the Iron Man movies.  They provided a few laughs, while simultaneously serving serious and important roles.
I'm assuming bringing him to the big screen will require a lot of CGI.  He is, after all, a floating magician with pointy blue ears and a black hole for a face.  In terms of his costuming, I'd like to see something similar to the 2002 Mike Young Productions version versus the Filmation version.

I love me some classic Orko, but 2002 MYP is a little more on par with something you'd see in The Hobbit or other more contemporary movies.  In terms of trying to appeal to the masses, I think MYP's Orko is the way to go. 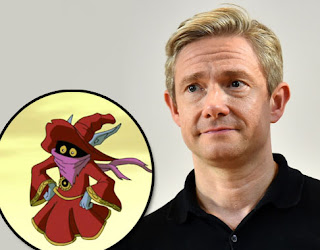 Speaking of The Hobbit trilogy, the first actor I'm throwing out as a possibility to play Orko is Martin Freeman.  Besides making The Hobbit trilogy much more entertaining than the Lord of the Rings trilogy, he does an amazing job alongside Benedict Cumberbatch as Dr. Watson on BBC's Sherlock series.  He was wasted in Captain America: Civil War, but he's had memorable appearances in The Office as well.  No matter what comedy role he's given, it seems pretty obvious that he takes it on with dedication, bringing some seriousness to the role, too.
By bringing some serious acting chops to sidekick or comedy roles, he's able to prevent those characters from just being a comedy sideshow.  I'm a big fan of that.
While Freeman is not breaking box office records on his own, he's a big name right now, so getting him as Orko would be a really good 'get.' 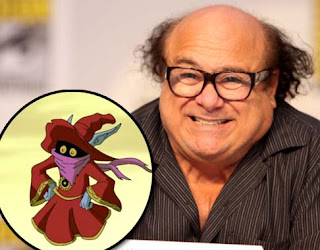 A veteran of the comedy scene is Danny DeVito --- who would be another good choice for the Orko character.  Over his --- what? -- 30-year or 40-year-career, he's portrayed a variety of characters, from Tim Burton's dark and troubled Penguin to the corrupt, heartless father in Matilda.
He's also leant his voices to the likes of The Lorax, Space Jam, and Hercules.  Depending on the level of CGI involved, Orko could essentially be a voiced role, so that experience could come in handy.
I don't think anybody can question DeVito's acting experience.  Whether they enjoy his movies comes down to personal preference, but his career unquestionably speaks for itself.  His voice might be a little too gruff for Orko, but it would also probably make the character a little less kid-like, adding more appeal for adults.
If Orko requires being physical --- dressed up in those bodysuits, connected to wires while moving around in front of a gigantic green screen --- then I don't know if the 71-year-old actor is the best candidate.  If it's more of a voiceover role, however, why not? 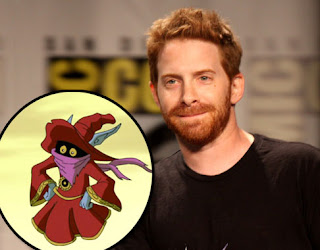 Another man who has experience in comedy -- particularly the kind that appeals to adults -- is Seth Green.  I don't know if he's a fan of the He-Man series, but I'd bet he probably was.  He's 42-years-old, so he was about 10-years-old when He-Man was in his heyday in the '80's.
I can't think of too many actors who have had as varied a career as Green has had.  He's been a guest star in dozens of TV shows, ranging from Batman: The Animated series to Beverly Hills, 90210, to Grey's Anatomy to How I Met Your Mother (among others).  Those are just is guest starring television credentials!  He had starring roles on Robot Chicken, Crank Yankers, and Family Guy.
A good portion of his career involves voiceover work, which, as I mentioned before, may be what the Orko character ends up being.  If it does involve any physical work, the 42-year-old actor could handle it, I'm sure.  He crossed over into the world of WWE a couple of times -- evening briefly competing in a match once.
So he's never won an Oscar, but he's got a slew of Emmy nominations for his work on Robot Chicken.  He's got the acting talent to pull off Orko, no doubt. 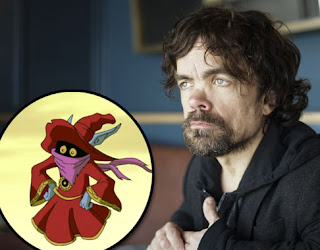 The final candidate for the job that I present to you is: Peter Dinklage.  If we're talking hot commodities, he may be the one who's the hottest right now.  Thanks, in large part, to Game of Thrones, the world is taking notice of Dinklage.  He's been nominated for Screen Actors Guild awards, Emmy awards, Critics' Choice Television Awards and Golden Globe awards, so, clearly, his colleagues and fans appreciate and respect his work.
Dinklage has been in some dramatic roles, but he's not above starring in fun, offbeat and/or more mainstream roles as well.  His work in Elf, Penelope, X-Men: Days of Future Past and the upcoming Angry Birds and Smurfs movies prove that.
There's that voiceover work again, too.  Due to his small frame, Dinklage may have a little more trouble with particularly physical movements that may be required with the CGI, but another actor could fulfill the actual duties involved in that portion of it, while Dinklage could easily provide the voice work.
Of the four actors here, I'd probably go with Martin Freeman, but Dinklage and Green are close seconds.  If DeVito is the worst of the four choices, then there are some good candidates here.
Honestly if any of these four actors were to be Orko, I'd be a happy He-Man fan.

Posted by Batson at 2:37 AM No comments: