It took me a while to check out this movie, mostly because it was another unneeded reboot of a popular franchise that wasn’t even that old yet. 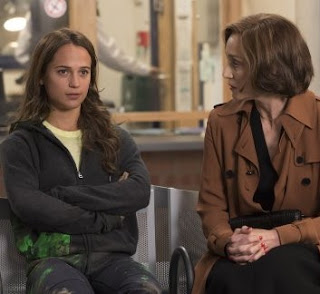 Angelina Jolie was the face of that character for so long that it felt strange seeing someone else do it (though I think Alicia Vikander may have done a better job).

I kind of avoided it out of protest. But I saw it for free recently (that’s always the best price). It was ok.

It was a nice set-up for a franchise — the ‘how Lara Croft became Lara Croft’ tale. That would’ve worked well had anyone wanted a new franchise or had Tomb Raider been successful enough to warrant a second film.

Unfortunately these days, writers are always planning on trilogies and franchises. They don’t put enough effort into the beginning movie.

That’s kind of how this movie played out. 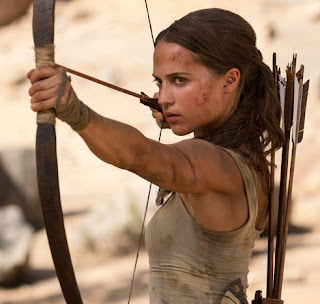 It wasn’t bad. Alicia Vikander did a great job actually. Her obvious dedication to the role and believability made the movie much better than it otherwise would have been with a different lead actress.

She was in great shape and appeared to have done at least some of her own stunts.

I first saw her in Man from U.N.C.L.E. (a movie I wanted a sequel of!) and was very impressed. Vikander also delivered on Tomb Raider.

She really looked like a daughter who desperately wanted to find her believed-to-be-dead father. She seemed to have that pain in her eyes that says ‘it’s unrealistic to expect that he’s alive’ with just an ounce of hope that he could be. The movie was a little too much.

It was filled with action-packed scenes, no doubt, but sometimes less is more

We saw a MMA training session, a bicycle race through the streets of London, a creative pursuit of thieves on a Chinese oceanside dock, and a scene where a boat gets tossed around in the stormy water. 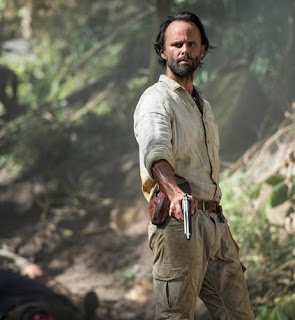 That was all before we met the villain of the movie — Mathias Vogel (Walton Goggins) — who runs a slave island because his boss (who he communicates with on a mysterious cell phone) won’t let him leave until he finds a specific fabled tomb.

Then we get a chase through the forest, a fall over a waterfall, a jungle fight to the death, a major discovery for Lara Croft, a rise up and bow-and-arrow fight on the part of Croft and, finally, the scene with the actual tomb.

The scenes were all well-done really. They were definitely action-packed. It was all just a little too much. 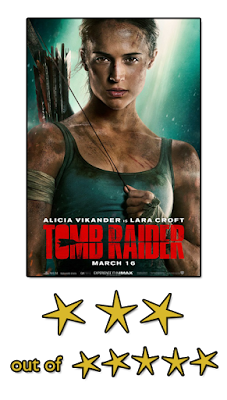 Lots of flash but not enough substance to make it worthwhile. There were a couple of head shaking / facepalm moments.

The script was too silly to be taken seriously, even if you want to support the character

The ending foreshadowed a sequel we’ll never get to see, which may be for the best.

Vikander is awesome and the writers delivered on a movie full of action, but if this is the best story they could come up with, then a sequel isn’t really warranted

Posted by Batson at 4:13 PM No comments: 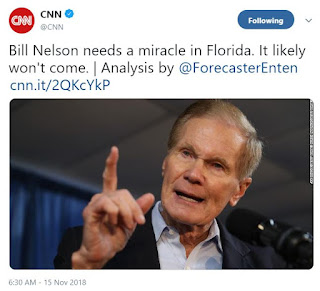 As you can see by these two tweets to the right, CNN does the same thing.  This one is an analysis on the Florida race between Rick Scott and Bill Nelson.

It's so annoying if you're someone who is on Twitter or social media on a regular basis. 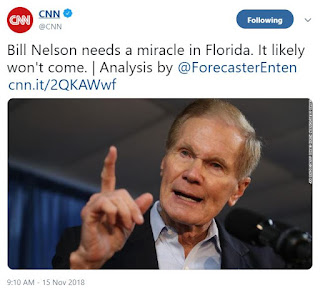 These two tweets aren't even 3 hours apart.  Why are we seeing it again?  I'm sure I'll be seeing it for a third time in a couple of more hours.

It'd be nice to see fresh content instead of repeating the same thing, especially when it's about controversial topics in politics.

It may seem trivial to complain about multiple tweets, but I think it furthers the divide between us when it comes to multiple political tweets.

Hopefully this practice will change, but I doubt it.

I recently blogged about one pet peeve of mine in regards to headlines on Twitter and Facebook: the fact that they overuse the phrase 'you need to know.'

Today, I have another pet peeve: media organizations (or organizations, in general) that tweet the same thing several times a day at different hours of the day. 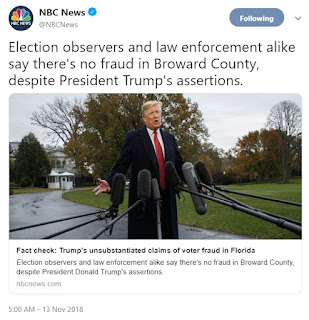 The example in my blog is NBC News.  They tweeted a fact check regarding President Trump and his claims about fraudulent voting activities in Florida.

Take a look at the photos on the right hand side of this blog.  They tweeted the same thing just a few hours apart.  For someone who missed one of the tweets, it doesn't matter.

But for someone who follows NBC News and has already seen the first and the second, the third is definitely overkill. 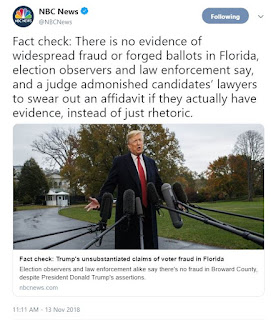 This example is regarding politics, but I've seen the same thing on a variety of topics.  From box office success or failures to Kardashian news to a bombing in the Middle East.

That I could almost accept.  I understand that goal.  That being said, it gets annoying if you did see their original tweet(s) over the weekend.  Then it's just regurgitating the same information again.

Now I get tired of seeing a variety of topics in my feed or timeline, but I especially dislike this practice when it comes to politics. 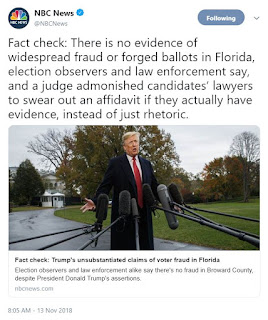 It's a barrage of of politics.  I don't care if it's pro-Republican or anti-Republican or pro-Democrat or anti-Democrat (or anti-Green Party).  If I see you tweeting or posting the same content 3 times in the same day, hours apart, it gets old.

I don't just follow NBC News.  I follow CNN and MSNBC and Fox News and the Washington Post and a dozen other news outlets.  If you're tweeting a fact check, chances are they are too.

So I'm seeing their 12 individual tweets.  Then your tweet 3 times in the same day -- in less than a full work day?

It's excessive.  It's exhausting to see, whether the topic is about Fall leaves changing colors, how Hillary Clinton lost the 2016 election or Donald Trump's random (and possibly offensive) tweet of the day.

If you don't have anything to tweet, then maybe don't tweet.  If  there's no news, don't regurgitate it.

I'd prefer that pandas playing on jungle gyms take over my Twitter feed if there's no hard news
happening.  Don't deprive me of that, please.

I remember everyone groaning when it was announced that Sony was making a Venom movie.

Then they saw the trailer and got excited. I was kind of in the ‘meh’ camp until I heard Tom Hardy was on board to play Eddie Brock. 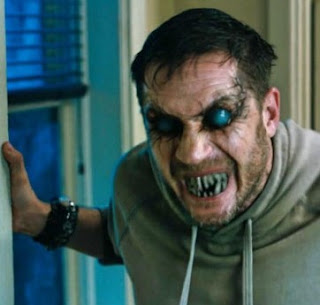 He did such a great job as Bane in The Dark Knight Rises that I figured he’d be a great hero/anti-hero in Venom. And he did!

His portrayal of Eddie Brock was very interesting. Always likable but definitely a character with flaws.

He was someone you were rooting for even when he was messing up. The symbiote storyline isn’t one that’s been told in this way before.

Sure, Venom was in Spider-Man 3 but it doesn’t even compare to this version, honestly. This one was much better. It was done in a more comedic way.

The only negative I have is that the comedy almost made the movie a little too cartoonish. Just a little.

It felt like Venom could’ve been a little more diabolical. His lines were delivered in a way that seemed like they were supposed to be punchlines instead of being authentically humorous.

It was as if Venom knew, 'There's an audience watching and listening so now I need to say this in a goofy voice and have a goofy interaction with Eddie Brock so they laugh at me.'

That can be forgiven though. 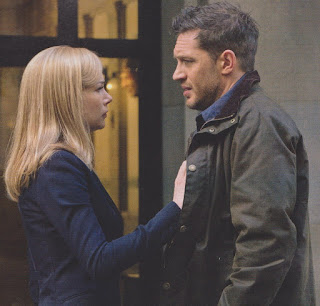 There was seriousness to go along with the humor. The storyline with Brock’s girlfriend (Michelle Williams) felt real enough to make one care about it. It wasn’t one of the great romances of all time but it was relatable.

I cared more about that relationship and dynamic than several other super hero romances.

The action scenes were great. Venom’s unique powers made for some awesome action sequences! Definitely an upgrade from Spider-Man 3.

The movie was released in October in time for Halloween, but the dark character wasn't that grimacing.  It wasn't a horror movie by any means.  Definitely a PG superhero movie.

I guess it could've been darker and more adult, but Tom Hardy made it work as it was.

After seeing Venom in Venom, I want to see Venom interact with Deadpool and The Avengers and Wolverine. 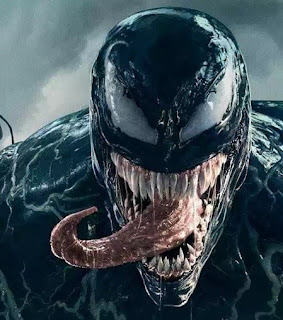 I know that won’t happen due to the large amount of contract negotiations that would have to happen between Fox and Sony and Disney and Marvel, but in this day and age of superhero team-up movies we are spoiled so I still want it.

The villain in this movie was coming from a good intention — kind of like Thanos. He was trying to solve the issue of overpopulation.

But he lost himself somewhere along the way and traded in his morals for his end goal. He was a good choice for the villain. 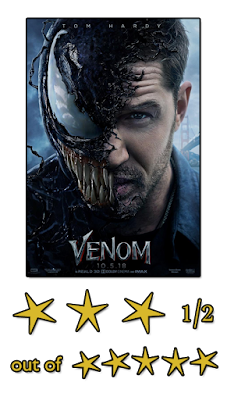 He wasn't physically imposing, but sometimes those with misguided plans and no remorse for lives lost along the way make the best villains.

There was even an evil (or more evil?) symbiote. There were just enough different things going on to tell a good story and not too many to get lost in the shuffle.

Overall, this wasn’t a masterpiece. It probably won’t win any awards. But it was fun. A lot of fun.

If you’re a fan of Spider-Man or that universe, you should enjoy this one.