Countdown to 'Mania: the greatest matches that never happened 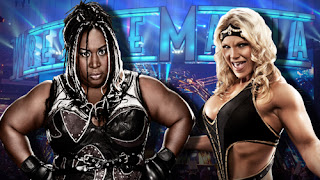 Beth Phoenix vs. Kharma
Not only did they miss out on this potential match during Wrestlemania 27, but they missed out on it at Wrestlemania 28 as well.

Kharma was already under contract in April 2011, when Wrestlemania 27 occurred. Beth Phoenix had returned from an injury at the previous Survivor Series.

WWE didn't debut Kharma until Backlash, though -- one month after Wrestlemania. Then, as we all know, Kharma got pregnant and unfortunately lost her baby. Despite her terrible loss, Kharma returned at the 2012 Royal Rumble. Rather than using her and building towards a match with an injury-free Beth Phoenix at Wrestlemania 28, WWE didn't use Kharma and ultimately released her later on in the spring of 2012.

WWE missed the boat on revitalizing a women's division and providing some serious female wrestling.

Odds of it happening: slim-to-none since WWE released Kharma last year and Beth retired. With recent reports of WWE wanting to hire back some former Divas, perhaps those odds have gotten better though. 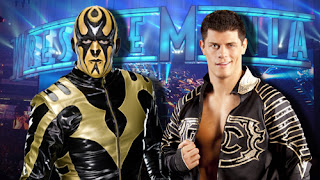 I'm not sure this is a 'dream match' but I know there's at least a good portion of fans who want to see this match happen. It would be great way to give Goldust, one of the most original WWE characters of all time, one last Wrestlemania moment, give Rhodes a win, and give both brothers a fun memory.

It writes itself and it's really just laziness on WWE's part for it not having happened yet.

Odds of it happening: not likely. It didn't happen last year, when Goldust was lobbying for it to happen. It doesn't look like it will happen this year, even after the great crowd reaction Goldust received at the Royal Rumble. I just don't see it happening next year either. 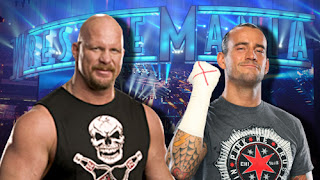 Steve Austin vs. CM Punk
The beer-guzzling rattlesnake vs. The straight-edge superstar.

Ever since CM Punk started developing into his own superstar in 2009, fans have been itching to see him cross paths with Austin.

It just writes itself. The rebel of the late '90s facing the rebel of today. The beer-guzzling redneck vs. the straight-edge superstar. Their promo work alone, leading into the match, would create very entertaining television.

The match itself probably wouldn't be an all-out classic given Austin's previous injuries and the strong possibility of ring rust. However, it doesn't have to be. It's kind of like Hogan/Rock from Wrestlemania 18. The match doesn't have to be stellar. The sight of the two competing against each other is enough to create a Wrestlemania moment and generate extra PPV buys.

If Austin has one match left in him, it should be against Punk.

Odds of it happening: probably not very high. Austin's health seems to be the main reason the match hasn't happened already. The man doesn't want to end up crippled and rightfully so. Add to the fact that he's 49 and happy hunting, fishing and acting and it's just not likely to happen. 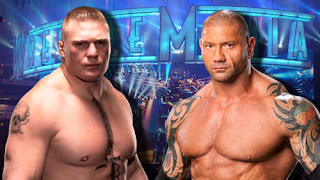 I enjoy the smaller, fast-paced action that a cruiserweight match delivers, but there is something to be said about a match between the immovable object and the irresistible force.

That's what Brock Lesnar and Batista would have been.

The only time there was really a chance of this happening was Wrestlemania XX. Things didn't pan out because Lesnar was on his way out of the company and Batista was with Evolution -- not yet a singles star.

Lesnar ended up facing Goldberg in a pretty awful match and Batista teamed with Evolution to face The Rock and Mankind.

Of course, Lesnar has now returned to WWE, but Batista hasn't. Although I'm not a huge fan of using part-timers or returning wrestlers at Wrestlemania, I do think WWE could draw some fans in with a Batista/Lesnar match. Hype it up the way UFC does and let the two go at it!

Odds of it happening: also unlikely. Lesnar is in WWE, but Batista coming back seems like a long shot. After all, he isn't getting any younger. Then again, he's done his acting and MMA thing for the past couple of years. Maybe he'll get the itch to return? 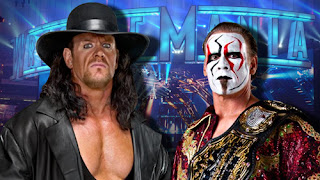 Sting vs. The Undertaker
This is arguably the most bankable dream match there is. Maybe it's the similarities between the two -- both largely mysterious and silent throughout the Monday Night Wars.

Some argue that Sting, having never competed for WWE before, wasn't worthy of ending The Undertaker's streak. Regardless of whether he ended it or not, Sting is most certainly worthy of competing at Wrestlemania. Sting competed for WCW for years. WWE has essentially become sports entertainment, inducting wrestlers, promoters and figures from all promotions into their Hall of Fame.

Odds of it happening: almost impossible. Sting seems content to live out his last days as an active wrestler in TNA, while The Undertaker doesn't seem to have many more 'Mania matches left and he's yet to face John Cena or Brock Lesnar -- two matches that you've got to think would be on top of WWE's list. 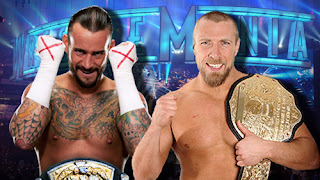 Daniel Bryan vs. CM Punk - Iron Man Match
It's been more than 15 years since the last (and only) Iron Man match at Wrestlemania. Shawn Michaels and Bret Hart did battle for 60 minutes in 1996 at Wrestlemania 13. I think Daniel Bryan and CM Punk are two men who could step up and create magic the way Michaels and Hart did. Realistically, Wrestlemania 28 was the first time Bryan and Punk had any hope of this kind of match even happening. They weren't high profile enough in the WWE Universe to warrant such a match.

Odds of it happening: unlikely. CM Punk and Daniel Bryan are both with the company, but, despite their success, I don't know if WWE has enough faith in them to pull off a Iron Man match at Wrestlemania. I don't know if WWE thinks it would sell tickets or pay-per-views. Plus, it would take up at least an hour's worth of time. Granted, I think it would be highly entertaining and sell tickets. I don't think WWE has that much faith though.