Casting the He-Man movie: 5 actors who should NOT be He-Man 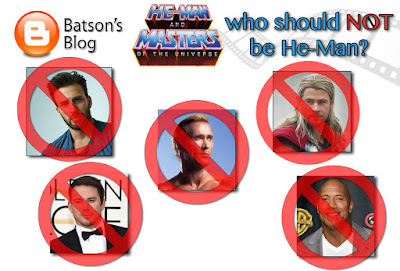 It's been a while since I tackled the casting for the upcoming He-Man / Masters of the Universe movie.

Turns out that Sony is not pursuing the movie anymore.  Mattel announced their own film division in the past couple of weeks.

So, it's still possible a He-Man movie gets made.  In fact, maybe the Mattel film division would put more focus on the movie.

I'm somewhat happy about this because Sony seems like a cluster --- to put it mildly.

I'm hoping Mattel is a little more organized and can help get a He-Man movie made, regardless of which studio it ends up working with.


Assuming a He-Man movie does still happen, today, I present you with something a little different.

Instead of people who should be considered for the role, I'm giving you 5 actors who should NOT be cast as He-Man 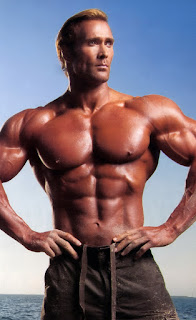 He's not a realistic choice anyway, so I'm not concerned that he'll get the role, but he's certainly been expressing interest in getting it.  Granted those reports were from 2015, but let's put any possibility of that to end.

He's not an actor.  He's a bodybuilder.  He may have the physique but that's all he has.  I have no idea why he'd even be considered.

If it were a remake of the 1980s version with Dolph Lundgren, then maybe.  Minimal acting ability required in that case.

For a big budget movie that could possibly kickstart a franchise?  Not a chance.

Those in charge of the casting for this movie need to say: "Sorry, Mike.  Thanks for the interest, but we're going to pass at this time."

And then move on. 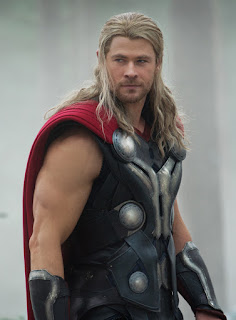 He's muscley.  He's got blonde hair.  He can act.  He's muscley.  Yep, he'd be perfect for the part if not for one big detail: he's Thor!

I don't want He-Man to be a poor man's Thor.

That's not fair to the He-Man movie or Hemsworth.  Playing two characters so similar and making them different would be impossible for almost any actor to do.

Hemsworth would've been great if Hollywood would've gotten this He-Man script off the ground a decade ago. 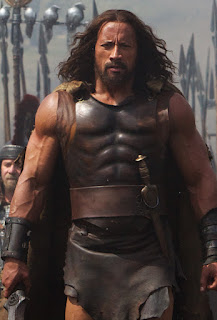 Speaking of muscles, I'm pretty sure The Rock has watermelons where his biceps are supposed to be.

He's great from an action standpoint.  He's also a huge name and box office draw so the chances of He-Man being a successful movie if he's in it sky rockets.

He-Man is very tan, so The Rock could even pass on the skin color.  But he doesn't have blonde hair.  Anyone who saw The Rock with hair in Hercules knows that it's not good when he wears a wig.

The Rock's tattoos would have to be covered up digitally or with makeup.  That could be done, but it's just more work to have to do when they could cast someone else.

I'm a huge fan of The Rock but this isn't the role for him and he's not the guy to play He-Man. 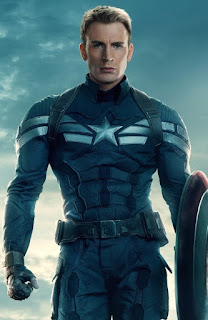 He's got the physique and could grow his hair out or wear some hair extensions.  That being said, I don't want him for the same reason I didn't want the other Chris mentioned above: Evans is already associated with an iconic role.

Chris Evans is Captain America.  He's great as Captain America!  Let's not have him take a role like He-Man, one that's so similar.  A musclebound hero who always does right in the pursuit of justice.

Eh.  If Evans were a villain, that'd be different.  He could switch it up a bit.

But to play a role so similar?  I'm not a fan of that and probably never will be.

It's like Johnny Depp.  He played an 'out there' version of Willy Wonka in Charlie and the Chocolate Factory.  Then he played the Mad Hatter in Alice and Wonderland.

He played Captain Jack Sparrow better than anyone else ever could and was then kind of the same type of character in The Lone Ranger.

I don't want that happening with MOTU. 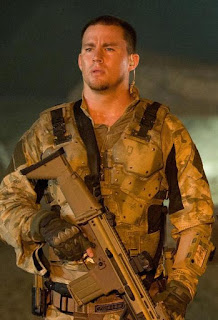 He was pretty big several years ago.  Then there were a string of not-so-successful movies that kind of halted his rise to the top of the box office.

That's enough to pass on him, but, mostly, he can't act.  The dude is awful.

No offense, but, again, I want this movie to be awesome.  I don't want to see Tatum attempting to act and messing it all up.

He was even written off of the G.I. Joe franchise.  I'm not sure why that decision was made, but I'm glad it was.  G.I. Joe 2 was much better after that significant plot point happened.

Tatum actually has the look of Gambit and may not be bad in that role, if that movie ever happens, but He-Man is not one I can see him doing.  He'd be robotic and boring.

I'm anxious for the He-Man movie to get made, but I'm praying to the movie Gods that none of these names end up attached to the project.