Granted, I never listened to a complete Christina Aguilera album before. In fact, just about the only songs of hers I’ve heard in their entirety are the singles she’s had on the radio. The past few years that hasn’t been too many. 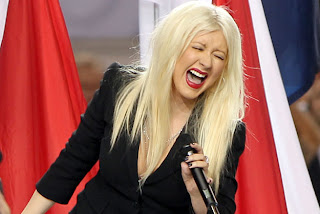 Christina can sing. I’ll give her that. My problem with her has always been that she adds too many unneeded “aahhhs” in most of her performances. She always likes to showcase her vocal abilities by adding extra syllables in places where they don't belong. Sometimes simpler is better.

She always rubbed me the wrong way too. Christina seemed conceited – someone you wouldn’t want to hang out with unless you absolutely had to. Kind of like those girls at school who thought they were too awesome to associate with anyone.

On Lotus Christina seems more mature and more comfortable with herself. She seems less worried about everyone thinking she’s the best. As a result, all of her tracks have an element of fun that I don’t ever remember hearing from her.

Most of the music is fast-tempo and upbeat. The themes on almost all of the tracks have to do with being confident, persistent and proud – flipping off the naysayers in the process (literally on the track 'Circles').

“Spin around in circles on my middle, middle finger,” Aguilera sings.

There’s not much variety in terms of the genre. Almost all the tracks are club stompers with a lot of power. Christina Aguilera’s voice is as strong as ever, but, for a change, it commingles with the music, rather than competing with it.

On 'Just A Fool,' Christina serves up vocals you’d expect to hear from Leona Lewis. Christina gets a little help on the track from The Voice co-star, Blake Shelton. It’s very different than anything Christina has ever done. It’s another example of the growing marriage between pop and country – perhaps most comparable to Kelly Clarkson and Jason Aldean’s collaboration on 'Don’t You Wanna Stay,' from 2011’s My Kinda Party. 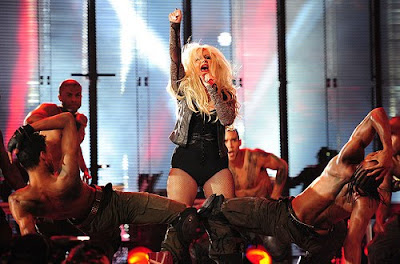 Over the past year, it seems like every time I visit CNN’s Showbiz page, there’s some kind of headline about Christina’s weight gain or bad fashion decisions. Since she was irrelevant in my world, I didn’t pay much attention to those stories, but maybe the negative comments have done her some good, humbling her.

In the end, it made for an interesting new album.

Best Tracks: Let There Be Love, Just A Fool and Blank Page


Related Content:
• Prometheus - reviewed.
• Pink vs. Christina Aguilera --- time for the next round?
• P!nk: The Truth About Love - reviewed.