R.I.P. to the Apple Grande 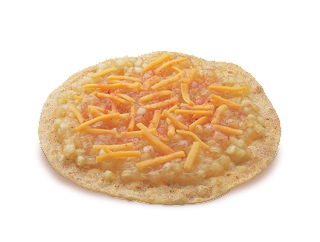 I got some sad news recently: Taco John's discontinued their deliciously underrated treat: the apple grande.

For me, this is worse than the Twinkie ordeal earlier this year.

I grew up eating these whenever my family went to Taco John's.

You didn't even need to get a taco. A Pepsi, potato oles and an apple grande was a delicious meal by itself.

The apple grande was not one of those treats that you'd often hear people talking about. There are probably quite a few people out there who never even got to experience the taste bud happiness that the apple grande provided.

It was an amazing, crispy flour tortilla that was coated in cinnamon and sugar and topped with warm apple filling, cheddar cheese and crushed cinnamon candy.

I was told by one of the Taco John's locations that they no longer served the apple grande and that it was a nationwide change.

I don't know if that's the case or not. The item is still listed on the Taco John's website and there's a note that says "at participating locations only."

So....did they get rid of the apple grande in all areas or just some? Or is the website in need of updating? Maybe the web team that works at Taco John's has been furloughed too?

The official Taco John's Facebook responded to a few upset customers and explained the reason they eliminated the apple grande -- among other items:

Due to government menu regulations we are not longer able to offer specialty items such as the Apple Grande, we are sorry to lose these items too! But thank you for being a loyal TJ fan!

...we had to discontinue the Apple Grande because of government menu labeling requirements. We are sorry to lose the grande as well! But we thank you for being a loyal fan of your local TJ.

I'm not sure what those regulations are. A few people asked for clarification, but I didn't see that Taco John's provided any.

The nutrition info looks better no worse than a Snicker's bar or several other 'junk food' items:

If you want to give Taco John's your feedback or ask for clarification, there are a few options:

Unfortunately, it doesn't seem that Taco John's will be able to bring it back, regardless of how many people are upset.

There is an apple grande fan page on Facebook. You can join that and be disgusted in unison.