Disney announced a few weeks back, after buying Lucasfilm Ltd. from George Lucas, that there are plans to release new Star Wars movies and Indiana Jones films.

The earliest could apparently come in the form of Star Wars VII in 2015.

I’m sure hardcore fans will turn out for that film. I may even be one of them.

However, I think it’s a bad call. 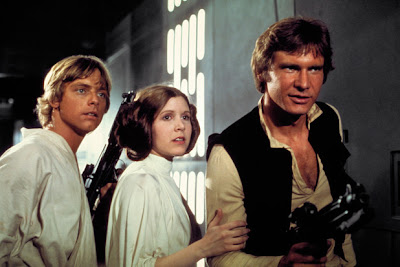 The film would need the original actors and an innovative new story line to truly live up to the original trilogy. Even with the original actors, what can be done? The actors themselves are all old. Is Harrison Ford really capable of providing an awesome action sequence with a light saber at his age? Does anyone want to see Carrie Fisher in a metal bikini anymore?

Meanwhile, after Indiana Jones 4 atomic-ly bombed (who can forget that horrible refrigerator scene?), they still feel a need to revisit that franchise? They already went the route of having Shia LaBeouf play Indy Jr. After LaBeouf’s comments about the film, I’m not sure he’d be asked back to play that character.

I guess there’s always the possibility of other children – after all Indiana Jones did kind of get around – but how many times can that be repeated before it loses it’s luster?

Unfortunately I think these decisions are being made with the focus on monetary gain.

That’s the goal in any business venture, I know. It makes sense from that standpoint. There’s a certain amount of financial success that’s guaranteed when it comes to franchises.

Star Wars is arguably the biggest franchise there is. Indiana Jones 4, despite being a horrible movie, did quite well at the box office. 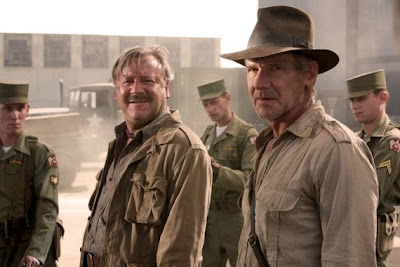 According to Box Office Mojo, it totaled over $786 and a half million dollars worldwide. The production budget was $185 million. Not a bad gain. That’s not including the video games, action figures, t-shirts, posters, coloring books, and everything else that comes in conjunction with a major box office movie these days.

My concern is with the legacy of the films. Why create something that’s not able to compare to the originals?

Plus, it would be nice to have a new franchise out there, rather than revisiting one that should be left alone.