The Planet of the Apes - reviewed.

They say not to judge a book by its cover. To that, I say: hogwash. Fair or not, if a book doesn’t have some interesting cover art, I usually pass on picking it up for a read. I gotta’ say, from my experience, it usually works.

I recently learned the hard way, however, that the same can’t be said for DVD covers.

While going through the $5 bin at Best Buy, I saw the Planet of the Apes (the Mark Wahlberg version). The cover art looks pretty epic. 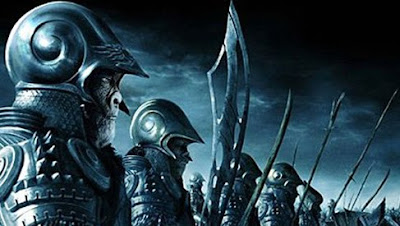 A few days and a Netflix DVD later, it was in my mailbox.

My initial reaction was surprise. I was kind of surprised at how limited the special effects seemed. Since the movie was made in 2001, I was expecting more. Anything that’s post-2000, I kind of automatically assume it will have some realistic special effects.

Then again, it’s a story that is about talking apes. I suppose no amount of special effects will make that look completely convincing.

Still, based on the picture quality, it seemed like it was filmed in the 1970s. The backdrops and outfits seemed retro. I had to double check and make sure the movie was actually released in 2001.

Overall the story wasn’t bad. It didn’t keep me guessing, but it did keep me entertained.

I was kind of wondering how a small, outnumbered group of humans would be able to convincingly do battle against apes, gorillas and monkeys. 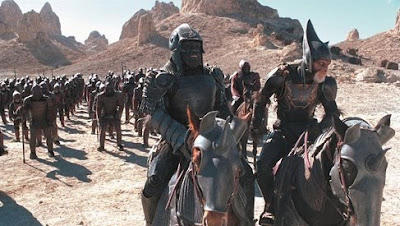 The humans used a little bit of technology to tip the scale in their favor. Outsmarting the apes didn’t hurt them either. 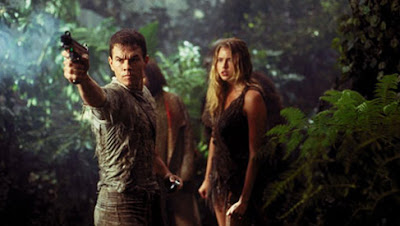 I’ve never seen the original, so I can’t compare this movie to that one. In the 2001 version Captain Leo Davidson (Mark Wahlberg), a human astronaut, gets sucked into a wormhole and ends up crash-landing on a planet ruled by apes. 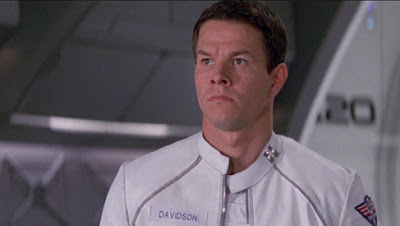 This movie focused on societal status. That's typically a topic reserved for humans, but, in this instance, it was the societal status between the apes and the humans.

The humans were basically slaves. Apes kept the humans in cages. Children were chosen as pets. 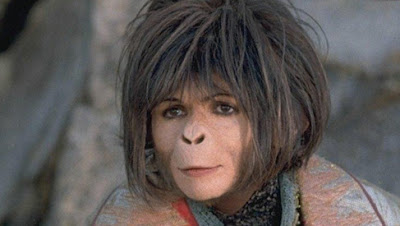 Other than Ari (Helena Bonham Carter), who was a human sympathizer, the apes treated humans as though they were incapable of being anything other than servants, slaves and toys. The very smell of a human upset most of the apes. 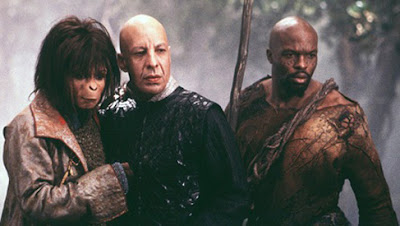 It was interesting: I sat there thinking, 'How ridiculous of the apes to treat humans that way,' but obviously there's aspects of that kind of treatment in our own society.

General Thade (Tim Roth) is the biggest bigot in the film. 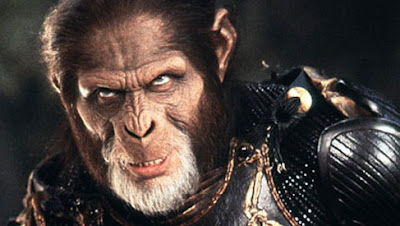 He comes from a well-respected ape family and he's highly regarded as a general. He's also in love Ari. Since they're so far apart on their views about the treatment of humans, Thade's attraction complicated things.

Meanwhile, Ari and Leo develop an inter-species kind of romance. Yep, there's even an awkward kiss. 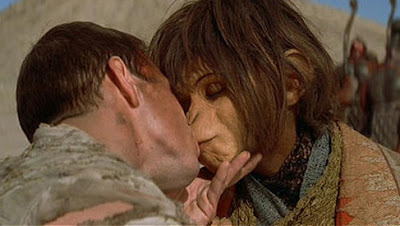 This makes General Thade's hatred of humans grow even more, particularly for Leo. Not needing any extra motivation to leave, Leo has to travel across a portion of the planet, trying to find a way back home.

Overall it wasn't a bad film. It had all the elements -- action, a little romance, and some comedy -- to make it worth watching. I wouldn't rush to the store to buy it on DVD, but if I saw it for under $5 on Black Friday, I'd probably pick it up. 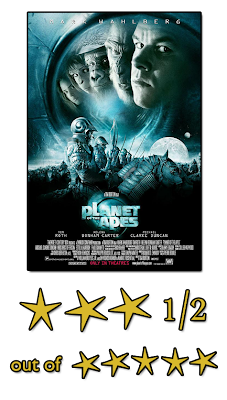 It was recently announced that Mark Wahlberg will take over for Shia LaBeouf as the lead star in the Transformers franchise. Not a bad choice at all. Wahlberg isn't the most amazing actor, but I think he's well suited for a film like Transformers, where the action and special effects are the main focus of the film.

He doesn't need to deliver an Oscar-worthy performance to play his part in the movie.

I'm kind of anxious to see how Wahlberg's character will be written into the film. How will they explain the absence of Sam Witwicky?

The writers had an easy enough time writing Megan Fox's character out of the third film, so I would imagine the transition won't be too hard in this case either.