Happiness for the heart. That’s what Kelly Clarkson’s collaboration with Vince Gill on "Don’t Rush" is.

It’s kind of a jazzy-country little tune. It conjures up images of blue skies and sunshine while driving down a two-lane road, top down, mid-afternoon, without a care in the world.

When I saw the track listing for Kelly Clarkson’s greatest hits album, I was skeptical at how a collaboration with Vince Gill would turn out. While other pop stars like Christina Aguilera and P!nk are doing collaborations with Cee Lo Green and Nate Russ, Clarkson continues to keep one foot (or at least a few toes) planted in the country genre.

Much like her duet with Jason Aldean last year, this new collaboration was successful.

Kelly Clarkson’s voice has become one of the most recognizable on the radio since she won American Idol a decade ago, but her versatility is truly underrated. She can sing any song from any era and make it damn good. 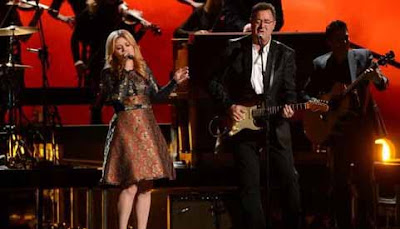 Kelly’s performance alongside Vince at the Country Music Awards a few weeks back was the first time I heard this song. I found it stuck in my head, so it’s now part of my iTunes collection.

It’s a song that goes 4 minutes in length, but I’ve been repeating it on iTunes because it goes by so quickly. I find myself humming along, but the song ends, and, thus, I repeat. 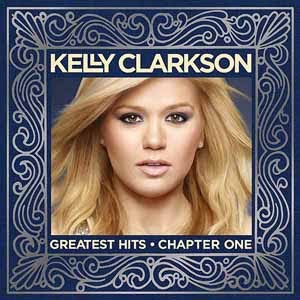 I’m not a die-hard fan, so I won’t be buying the Kelly Clarkson greatest hits album that "Don’t Rush" can be found on, but I had to get this track.

The cover art for Clarkson’s Greatest Hits - Chapter One album may be unimpressive, but this song most definitely isn’t.