Thanks to the amazing Cinemark 10 in Matthews, I went to see a matinee of Skyfall for $2.

I just re-watched the previous two Daniel Craig Bond movies as well, so the timing was perfect.

I owned Casino Royale on DVD, but it was still packaged. It was a $5 Big Lots purchase. When I saw Quantum of Solace in the $5 bin at WalMart, I figured it’d be a good time to get that one too.

I unwrapped them both, had a mini-Bond marathon and then went to see the new one. 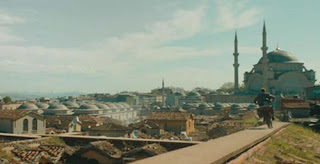 Skyfall started off with a typical chase scene, but soon evolved into a cool rooftop motorcycle chase, and eventually a battle on the top of a train – all within the first 10 minutes of the movie!

So much for typical.

At that point the inconceivable happens – Bond takes a bullet and goes down. If it weren’t for the fact that the movie is about James Bond, I would have thought he had died. They made the scene very dramatic. The opening sequence was very visual.

Adele and Paul Epworth did a nice job with the movie's theme song, but it pales in comparison to the epic Jack White/Alicia Keys collaboration on the Quantum of Solace theme song – “Another Way to Die.” 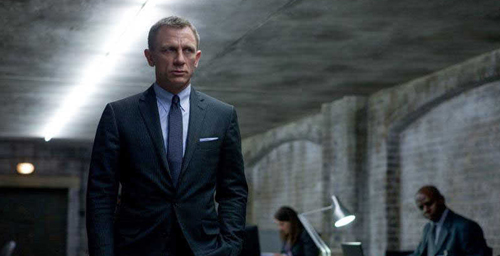 An important theme of this movie is whether or not Bond is youthful enough to keep up with the young man's game of espionage.

It's not so much that he's competing against younger rivals (although most of his enemies do seem about a decade younger than Bond), but it's about questioning how much one man can get beat up before he can't bounce back as easily. In the past two movies, Bond took some pretty intense beatings, but he never took two bullets. 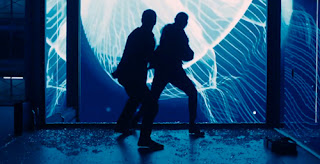 There are some pretty visual scenes, as the movie takes us to the hi-tech city of Shanghai. There's a particularly fun fight scene at the top of one of the skyscrapers. It's almost like the Darth Vader/Luke Skywalker fight scene in the way it's lit.

After that there's a scene at a Chinese-style club -- paper dragons, lanterns and all. Then a scene at a Alcatraz-like island. Overall, there were some cool fight locations used in this movie.

At this point the movie goes from Casino Royale/Quantum of Solace to more of a throwback to older espionage movies. Instead of fast-paced action with high-tech weapons, they rely on plot and a chopper full of bad guys. At one point I found myself going, 'How in the world is Bond going to get out of this alive?'

That's something the other Daniel Craig Bond movies didn't have. He wasn't facing immeasurable odds the way he was in this film. In a way, it created a really epic battle. It wasn't a special effects show, but it was pretty impressive.

It kind of reminded me of the Goldeneye video game for Nintendo 64. 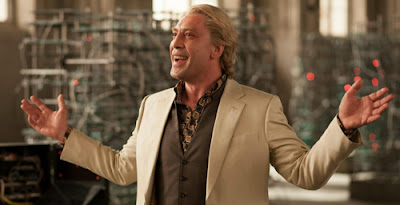 My only real complaint with the movie is that the main villain reminded me a little bit of Heath Ledger's portrayal of The Joker in The Dark Knight.

I'm not sure why, as there was no obvious copycat shenanigans going on, but it was probably the fact that the villain was a little crazy, yet very tactical.

I guess it's a good thing, since Ledger was amazing in that role, but the similarities also made it harder for this villain to stand on his own as a character. 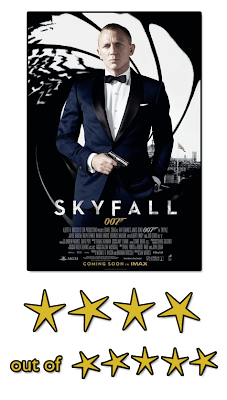 The different approach was a nice change of pace. All the elements of an exciting Bond movie were still there, but it seemed like this one wasn't just 'another action flick.' It focused very much on a main story, a couple of surrounding stories and then used the action to further develop the main plot.

The ending sets up a nice, fresh start for the next James Bond movie.