10 very cool places to visit - if only they existed! 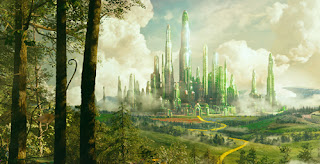 I have yet to see Oz: The Great and Powerful, but I hear it’s a pretty decent movie. It’s on my ‘to see’ list – maybe even in the theatres.

Over the years, Hollywood has done a pretty spectacular job at making some make believe places look very real. Here are nine other make believe lands that would provide a lot of fun if they actually did exist: 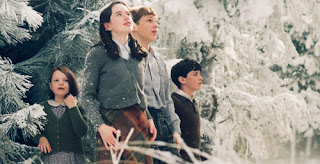 Imagine being able to step through a mirror and being transported to a magical land of talking lions, talking beavers and other magical beings.

As long as it's a time of peace, there wouldn't be any evil witches to worry about. I think I'd be a little scared to go, honestly.

I'd be worried Aslan would get a bit of an appetite and I'd be his lunch.  It'd be and adventure though -- that's for sure. 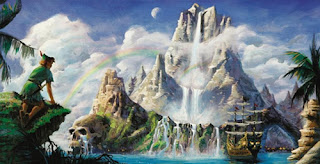 A place where you never grow up. Food fights always happen at dinner. Flying is possible with just a handful of pixie dust. Waterfalls and luscious green grass. Imagine going to Neverland for a three-day weekend.

Just watch out for the alligators, the pirates and the mermaids who try to woo you into a false sense of security.

The Indians and the Lost Boys are friendly though. Plus Peter Pan will be there to save the day. That's the kind of experience people would pay money for. 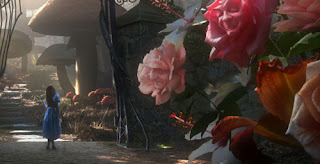 A little more mysterious than Neverland, Wonderland is a place where you’re not quite sure if there’s trickery going on. The land of the unexpected.

Wonderland is what I would imagine an acid trip being like – with the talking (and floating) Cheshire Cat and the smoking caterpillars.  I don't know if it's exactly the place I'd want to vacation to, but it would provide more than a few stories to tell after just one trip. 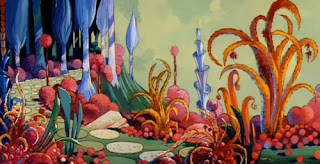 The sister planet to Eternia – He-Man’s home planet. Etheria is, appropriately enough, home to He-Man’s sister, She-Ra. At least one portion of the planet is controlled by Hordak and his evil minions. That portion of the planet never seems to see any day light – possibly because it’s covered by so much smog in the atmosphere.

On the other side of the planet, however, you’ll find woodland creatures, mermaids, and colorful plants and trees. Talking brooms, talking horses and flying human beings are not unusual sights on Etheria, but so long as you're on the peaceful side of the planet, you'll be safe. Kind of like a lot of the countries in the world: be aware of your surroundings and don't put yourself in dangerous situations and you'll be fine. 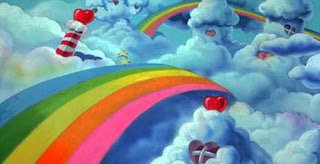 With walkways and bridges made of rainbows and houses and cars made of clouds, it’s the kind of place where you’d really expect unicorns to poop butterflies.

It may get a little boring without sarcasm, alcohol and horror movies, but it would be a nice place to escape to every now and then when you're having a bad day at work. 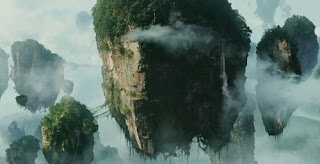 The floating mountains from Avatar

I’d need a pretty powerful helicopter to get to the floating mountains from Avatar, but if they did exist, I’d definitely be booking a trip. How cool would it be to hang out on a floating mountain?

Granted, you may lose a few golf balls or Frisbees if you use too much power, but it would be an experience in and of itself just to say you’ve been on a floating mountain.

It would provide material for at least a dozen different Tweets and Facebook posts – probably on day 1 alone of the trip.  Just don’t get too close to the edge! 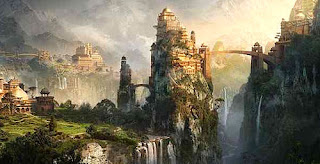 Shangri-La is one of the several locations briefly featured in adventure movie: Sky Captain and the World of Tomorrow.

This was the best shot from the movie. While there wasn't much detail given about it, Shangri-La certainly seems like an incredibly majestic place to visit. The bridgeways and multiple waterfalls are what sell it for me. 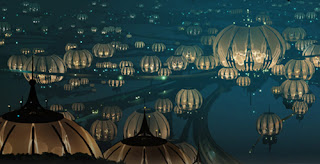 It's probably more commonly known as the underwater city from Star Wars: Episode I.

Jar Jar Binks called it home, which means it may not be filled with the brightest of creatures.

You may not get the most stimulating conversation, but the spectacular underwater view would more than make up for that.

There's always the danger of flooding in an underwater city, but how cool would it be to say that you spent the weekend 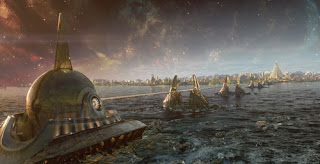 Having a stressful week at work?

Go to Asgard, take pictures of the rainbow walkways.

Protected by the likes of Thor and Odin (along with numerous other well-trained warriors), you can kick back and relax for sure. Granted, there's always the off-chance of an ice warrior invasion, but those probably happen as infrequently as snow in June.

Related Content:
• 10 totally cool items that should be real
• The 10 Friendliest and Meanest Aliens