Countdown to Mania: has Wrestlemania lost it's luster?

Man, do I ever remember the build up for the first Wrestlania I ever watched: Wrestlemania 14. As a young child and new fan of wrestling at that point, I didn't realize how big of a deal Wrestlemania was.

It seemed like another pay-per-view at that point, but I quickly realized that it was WWE's biggest show of the year. It truly has become wrestling's version of the Super Bowl, even beating attendance records the NFL had previously held.

It probably is half nostalgia, but it truly did seem better and more exciting than any Wrestlemania that has happened in the last 10 years.

Much like everything else about WWE's product, the last several Wrestlemania events seemed overproduced yet also neglected.

There doesn't seem to be much effort in building story lines anymore - at least not entertaining ones.

Granted, Wrestlemania 14 had a few thrown together matches, like the tag team battle royal that kicked off the show. Aguila vs. Taka Michinaku didn't get any build up before that match happened either. 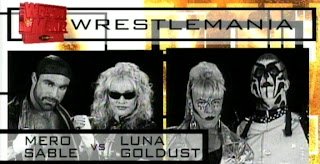 The mid card matches (the New Age Outlaws vs. Cactus Jack and Chainsaw Charlie, Ken Shamrock vs. The Rock) weren't incredible but they felt like they were important because they were for the titles.

These days it's a rarity if some of the champions even land a spot on the card (Antonio Cesaro still isn't booked, despite being the longest reigning U.S. Champion in a long time).

Very over people, like A.J. Lee, and very talented people like Dolph Ziegler aren't getting the spotlight they have worked hard for and really do deserve. 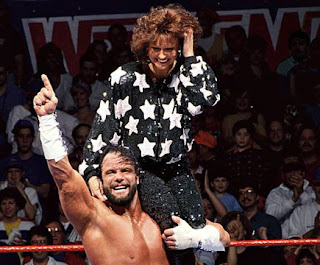 There was once a time when WWE created true Wrestlemania moments. Even though I watched it several years after it happened on VHS, Randy Savage facing The Ultimate Warrior I'm a retirement match was captivating, topped only by the emotional reunion between Savage and Miss Elizabeth.

Shawn Michaels capturing the WWF Title after defeating Bret Hart at Wrestlemania 12 was amazing, if for no other reason than the fact that they sold it as 'the boyhood dream comes true.'  After years of reaching for that brass ring, Michaels finally got it.

I think Wrestlemania 20 was the last time someone was handed the gold for the first time after years of trying -- when Chris Benoit captured the World Title.

There just aren't angles like that anymore, which means there's no emotional involvement for the viewer.

Sometimes the memorable moments were comedic instead of dramatic. Although it wasn't a highly promoted match, I still remember Tori getting Rikishi's stinkface at Wrestlemania 16. These days the WWE gives us Michael Cole in a match against Jerry Lawler, which was neither entertaining or comedic.

As I look at the card for Wrestlemania, the excitement just isn't there. Instead of intriguing matches, I see a lot of wasted opportunities and a lot of unused potential. Instead of worrying about creating well-planned stories, the biggest concern seems to be breaking attendance records.

Going back to Wrestlemania 14, the Boston crowd was amazing! They were a lively bunch. Wrestlemania 23, with an energetic Chicago crowd, was amazing for the reactions alone. 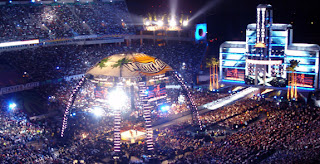 These days a city doesn't get Wrestlemania unless it has a stadium that can seat 80,000 people.

It seems like WWE has their priorities wrong. Instead of realizing their problems and actively trying to fix them, they seem to be trying to live off the Wrestlemania brand that's been developed over almost 30 years. That works to an extent. A near-30-year legacy will surely generate success, but will it continue to generate the kind of success it has in the past if the product is fading? Has Wrestlemania lost it's luster?

Not entirely -- it's still Wrestlemania. Like I said, there's no doubt it will generate pay-per-view buys, it will sell tickets, and it will probably break attendance records.

At this point, though, it seems that for a lot of people ordering Wrestlemania comes out of habit rather than excitement.

A global company like WWE can't live off of one successful event one night each year though, so the question is: how much longer can habit overtake a lack of interest? It's not an answer we'll get right away. I guess we'll see as the Wrestlemania's continue to go by.