Countdown to 'Mania: The Undertaker's next opponent?

Let me say, first off, that I want CM Punk to beat The Undertaker this year and end the streak. I think he's a great candidate to do so. He's young enough to still have several good years left in WWE, he's a big enough name to make the win shocking, yet not unrealistic. He'd also get even more heat as a heel than he previously has.

That being said, with Wrestlemania 30 next year, I don't see it happening. I think CM Punk is destined to suffer a couple of tombstone piledrivers and taking a pinfall. 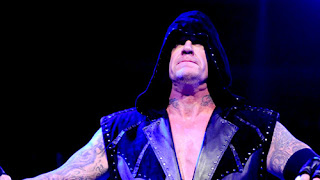 I'm alright with that too. After all, next year is Wrestlemania 30. It would be a nice, round number to have a culmination. For that very reason, I think it would be epicly cool to have CM Punk pull out a win at MetLife Stadium.

I'm not optimistic about it happening, but I'd mark out if it did.

Assuming Taker does defeat Punk on Sunday and assuming he does wrestle another match, that means he'll have another opponent for next year.

I know The Undertaker's health has been called into question several times. Every year it's the same story. The wrestling websites report that there's uncertainty about whether The Undertaker will compete. I have a hard time believing, however, that Taker would not compete at his 30th Wrestlemania. If he does compete, who should he compete against?

Here are my top choices: 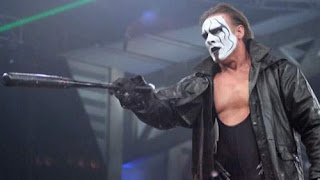 Sting is number one. I mentioned this match in my previous blog about the greatest Wrestlemania matches that never happened. Like I said in that blog, it's probably not likely to happen since Sting doesn't appear to be leaving TNA anytime soon and The Undertaker probably doesn't have many 'Mania matches left, if any past Wrestlemania 30.

That being said, if a deal could be worked out, Sting would be my top choice. Even though neither man is in his prime anymore, Sting and The Undertaker have enough in them to make an incredible match. 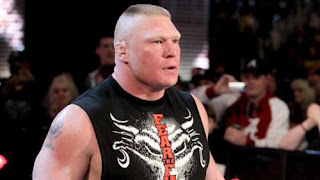 If you want a personal rivalry for Taker's last match, look no further than Brock Lesnar. After their brief encounter at a UFC event a couple of years back, it would be cool to see this 2003 rivalry renewed.

The Undertaker has made it well-known that he has an interest in MMA and would have chosen that over pro wrestling if he'd had the opportunity in the early 90's.

Meanwhile, Brock Lesnar lived out The Undertaker's dreams of competing in the UFC and even capturing that organization's championship. It'd be two big guys beating each other up, applying some MMA logic to the match. More importantly, however, there would be some legit bad blood to spice things up even more. 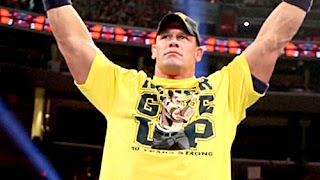 John Cena is the most obvious choice, but maybe not the favorite.

John Cena vs. The Undertaker definitely has an appeal to it, but personally I'm not that excited to see it happen. Cena has been in the main event scene for so long that he's beyond stale.

Defeating The Undertaker wouldn't really add to Cena's legacy. Defeating Cena wouldn't do much for The Undertaker either. These are just two men and characters on two different paths. I'm hoping those paths don't cross because I don't think it would be very entertaining to watch. 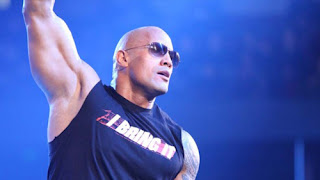 The Rock is always an option. I don't recall these two crossing paths too many times in the past. For whatever reason it just didn't happen.

With The Rock seemingly working Wrestlemania's at this point, a Wrestlemania 30 match against The Undertaker would be one of the best 'big money' match options WWE could put together for Rocky or Taker.

The Rock is a big enough name, even on a part-time basis, to convincingly challenge The Undertaker. 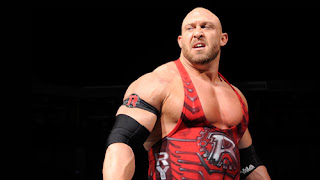 Admittedly, I've been a little out of the loop when it comes to Ryback. I haven't seen a match of his in over a year, but from what I've read online and from what I hear, he's the next big thing.

Ryback hasn't been able to fully shake that Goldberg-wannabe stigma, but if he's the man that is going to carry WWE into the future, whether fans want him to be or not, then it only makes sense to pass the torch. 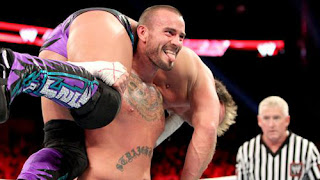 Lastly, there's CM Punk. The Undertaker faced Shawn Michaels two consecutive years in a row. He faced Triple H back-to-back (let's not forget Triple H vs. The Undertaker at Wrestlemania 17 either). Taker competed against Kane at two Wrestlemania's as well. If CM Punk loses on Sunday, I'd like to see it enrage him. Maybe an immediate post-match attack. Punk may not win the match, but he can lay claim to the fact that he put The Undertaker out of action -- until March of 2014, when the lights go dark, the music hits, the smoke clears and The Undertaker returns. Can Undertaker pull out his 30th win or will CM Punk get the job done the second time around? There's not much writing needed for that to play out.

The only problem is that it would be another rematch. Wrestlemania has been filled with rematches in recent years. If any two WWE superstars could make a rematch entertaining, though, it's CM Punk and The Undertaker.