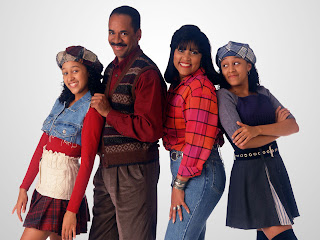 
Maybe they struggle to stay close after moving out of the house and going to college? Or maybe one isn't as successful as the other and is forced to ask for a place to stay -- so they end up living together again. I think there's quite a few stories that could play out with that show. 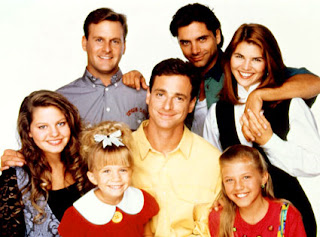 As corny as it was, Full House was a feel-good show. It always ended with a hug and usually put a smile on my face. It would be kind of fun to revisit the show in a spin-off version. Maybe following Michelle Tanner, all grown up? Perhaps she has a 'full house' of her own.

The rest of the characters from the original show could show up for visits. All the while, there's new fun and hilarity provided by the new cast.

It's not like Mary-Kate or Ashley Olson need the money. They haven't squandered it the way other child stars did. However, maybe they'd sign on to do the show for nostalgia's sake? 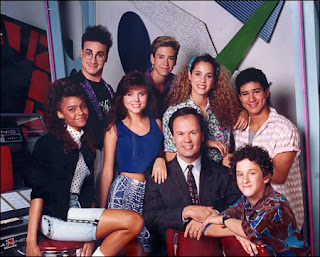 They already did a Saved By The Bell: The New Class, but let's face it: that was pretty much the same show as the original, but with new characters. They recycled so many stories from the original show, that it was a blatant copy that Xerox would be proud of.

Today's teens and young adults face a new set of challenges though. It again makes me realize how old I am, but my cousins in high school don't go to school in the same environment I did. There's tighter security, more awareness about bullying, less junk food and, sometimes, less fun. It's a PC world more than ever before.

That alone presents an entirely new set of stories that hasn't been told yet. If NBC brought back the show to Saturday mornings, I think they'd find a following -- so long as there's more effort put into this series than the New Class.

My suggestion would be having either Screech or Mr. Belding resume their roles in the series as the principal of Bayside High School. Some of the other cast members could come back for guest appearances, but I think it would work best to center it around one previous character and then work on making the new set of students as likeable as the previous set of characters. 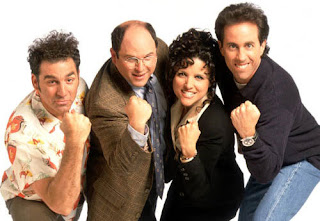 Jerry Seinfeld and his unconventional pals, Elaine (Julia Louis-Dreyfus), George (Jason Alexander) and Kramer (Michael Richards) ruled the 90s as TV's most popular sitcom. It was a show about all the random things that happen in life -- in essence it was a show about nothing.

"There weren't any 'very special episodes,' about somebody's problems or emotional upsets or traumas," Seinfeld told CNN in 1997. "It was only about being funny," with "totally self-absorbed characters," he said.

Despite being controversial, at the time, it was probably the best decision to end the show. It had 9 good years. Why not go out on top? They'd covered a huge range of topics, from sparing a square to being the master of one's domain.

Just think, though, of all the writing material that has developed since the show ended in 1999. Justin Bieber became a household name. Twitter and Facebook are common words in every day language. The economy took a nosedive. There's all kinds of fodder for a new run of jokes with the Seinfeld cast.

While most of the cast has attempted to move on with other shows (and in Dreyfus' case it's worked), with the right writing material, maybe they'd all be willing to come back for another run.

They could do a separate spin-off for Kramer or George, but I think having all four of them back together would be the best option. One thing is for sure, if NBC wants to get back on top of the comedy game, Seinfeld surely wouldn't hurt.


Related Content:
• A List of American Idol Judge Possibilities
• Possibilities for Leno's next career move
• 10 TV shows and movies that aren't on DVD, but should be
• The Big Bang Theory (Seasons 1 - 4) - reviewed.