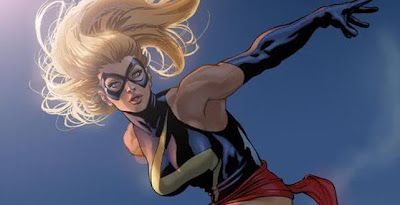 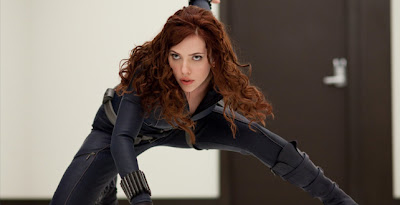 While the entire Avengers movie was entirely awesome, one character that surprisingly held her own is the Black Widow.

Considering she only had a brief introduction in Iron Man 2, the Widow was as entertaining a character as the rest of the cast.

A large focus in The Avengers, as it concerns the Black Widow, was on the past. They hinted at her being a killer-for-hire and the Green Arrow helping her get onto the right path. They might as well explain those circumstances in the form of a Black Widow movie (guest starring, of course, the Green Arrow). 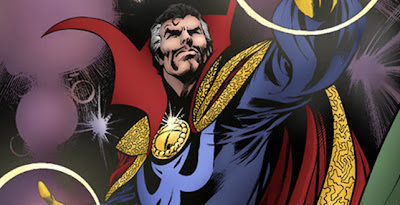 Doctor Stephen Vincent Strange (now you know why he shortens it to 'Dr. Strange') is a unique comic book character that hasn't gotten any big screen attention. For that matter, I don't think he's been in many, if any, animated cartoons on TV either.

He's a former neurosurgeon (now you know why he calls himself 'Dr.'), but more importantly, he's a sorcerer who protects Earth against magical and mystical threats.

In order to do so, he can call upon his powers for a variety of purposes including: flying, teleporting, creating energy blasts, resurrecting the dead, creating forcefields that surround entire planets, and telepathy. In addition, he knows martial arts, so he can kick your butt without his powers too.

He's intellectual combined with physicality and mysticality. Kind of like Sherlock Holmes meets Balthazar, from The Sorcerer's Apprentice.

With those kinds of credentials, I'm surprised he hasn't been brought to the big screen. I can envision any number of actors playing him, including Colin Farrell, John Cusack, Nicholas Cage or Eric Dane. 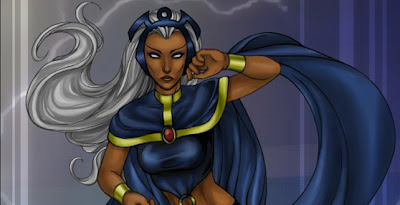 Outside of Wolverine, Storm is probably one of the most popular X-Men characters there is. Whether it’s in comic book form, animated television form or on the big screen, Storm has always been part of the X-Men franchise. She’s become a staple of it.

It’s about time Storm had her own movie. After all, Wolverine has had two of them already.

Personally, I’d opt to do a back story movie with Storm. Rather than using Halle Berry, who didn’t overwhelm me with her portrayal of Storm, I’d go for a younger actress and explore Storm’s roots in Cairo.

They can use her traditional costuming and set the film in Egypt, giving this story a completely different feel than the other X-Men movies.

If they do make the movie, they should go the extra step and bring in Ian McKellan, Hugh Jackman, or Patrick Stewart for a cameo, helping tie the movie into the other X-Men movies. 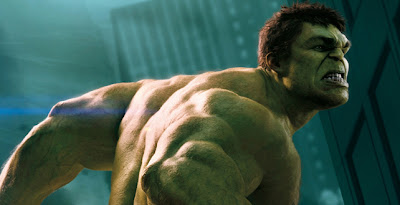 I really enoyed Mark Ruffuluo playing Banner/Hulk in The Avengers. There really is no need to make another ‘how the Hulk came to be’ movie though.

However, I would welcome another Hulk movie, keeping in line with the story line that was created in the Iron Man and Avengers movies.

I don’t know enough about The Hulk’s comic book past to offer up a suggestion on any villains he could face, but I’m sure there’s some story arc that hasn’t been used up yet. 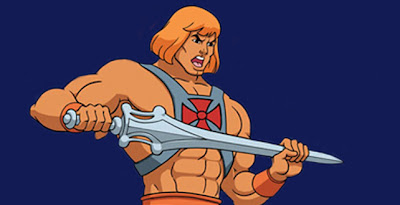 If you've read any portion of my blogs so far, it's probably no surprise that He-Man is pretty high on my list.

With the Transformers, the Smurfs, and G.I Joe all reviving from their two decade-old ‘80s success, I figured He-Man may have a shot. So far, no dice.

It really doesn’t make sense to me either because there’s an entire history already written. Between the mini-comics and the 100+ animated shows from the TV series, there’s an abundance of fun, unique characters and compelling stories to choose from.

It’d be an easy movie to write and, given the success of G.I. Joe and Transformers, I think it’d be easy box office money for whichever studio would sign onto the project.

There is just one good thing about the movie not being made yet: it gives me hope that, one day, when I move to Hollywood and find work as a TV/movie writer, I will be involved in the Masters of the Universe big screen movie. 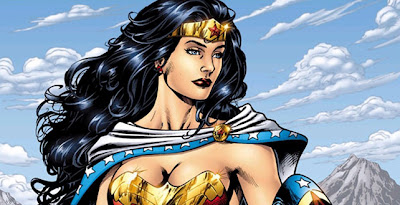 Of all the super heroes that are out there, it’s shocking that Wonder Woman has yet to be made into a big screen movie. There’s been talk of doing so for well over a decade, but nothing ever solidified.

She’s a very popular character, so you’d think it would be easy enough to come up with the plot for a movie. For whatever reason, it hasn’t happened yet.

Wonder Woman is one of the more recognizable super heroes and probably one of the most popular. Yet, somehow, nobody has managed to make a big-screen movie. Honestly, it kind of baffles me. It doesn't have to even be a 'great' movie. Something in the league of Fantastic Four or Captain America: The First Avenger would be fine.

Maybe once the well of super hero choices has run dry Wonder Woman will get the chance to succeed or bomb at the box office.

Anyone taking bets on when that will be?