Disclaimer: all of the following celebrity comparisons are based on personal opinion. You may agree with some and think I’m bat-shit crazy on others.

Here's round 2 of celebrity look-a-likes: 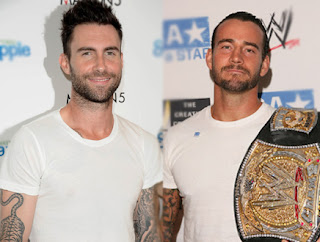 Adam Levine is the lead singer of Maroon 5. CM Punk is the longest reigning WWE Champion in recent history.

Levine prefers that his hair stands straight up. Punk likes to gel his hair back. If not for the hair differences, these two could pretty much be each other.

Even with the different hair styles, they could easily be brothers.

I'm sure the ink-covered arms and other body parts don't hurt in making them look similar. I think Punk has more meat on him, but these two pretty much have the same build. 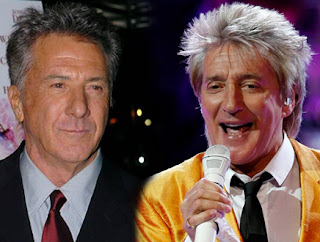 I used to think Dustin Hoffman and Rod Stewart looked very similar. When I was a kid I was confused because I'd see the guy singing and then he'd be in a movie. I figured he must be a singer/actor. Turns out they are two entirely different people.

Looking at them now, I kind of see similarities -- the spiked hair, the larger nose -- but I no longer think they look like each other.

They could be cousins....maybe brothers. Probably cousins. 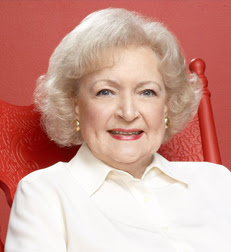 I was watching an episode of Drop Dead Diva on Netflix a while back. Joan Rivers was a guest star. In that episode, she'd mentioned that most people mistake her as Betty White.

It was a line in the show, but there was probably some truth to it. Joan Rivers has mentioned before that Betty White is her hero, but she's also mentioned the bitch be stealing all her work!

I guess I kind of see the similarity. Both Joan and Betty are blonde, elderly, short and petite. Joan has waaaaay to much plastic surgery to look similar to Ms. White though.

I think Joan Rivers looks like a different celebrity... 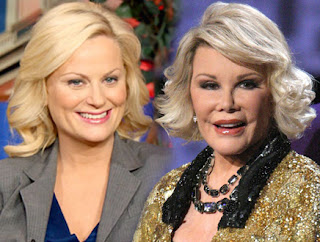 There's a large age gap here. Poehler is 41. Rivers is 80. However, these two could be related. Rivers could pass as Poehler's older mother or young grandmother.

That may be an insult to Poehler considering Rivers' numerous plastic surgeries, but the result is that they look similar.

It could just be the similar hair style in the pictures of the two celebs, but when I look at Amy and then I look at Joan, I see a woman and her elderly relative -- or what Poehler could look like in 40 years.

I wonder what Will Arnett thinks about Joan Rivers? 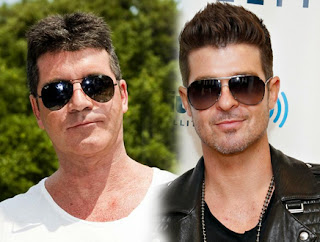 Robin Thicke definitely has the Thicke family genes. There's a definite resemblance between Robin and a younger version of his father, Alan Thicke.

However, 36-year-old Robin Thicke reminds me of the 53-year-old Simon Cowell.

I admit, this one is a stretch. The similarity that I see is probably due to the sunglasses, more than anything else. Looking at a photo of Thicke without the shades, and then comparing it to Cowell without the glasses leaves me thinking I'm crazy.

The glasses do it though. There's a valuable lesson for all celebrities here: be careful what you wear -- you may be compared to another celebrity with the same fashion sense. 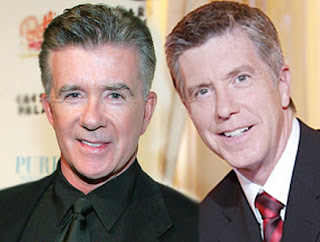 Mr. 'Blurred Lines' Sr. is on the list too actually. It wasn't until recently that I'd realized how much Alan Thicke had aged.

I still thought of him as the Alan Thicke from Growing Pains. The current Alan Thicke looks somewhat similar to Dancing with the Stars co-host, Tom Bergeron.

If I had the TV on mute and was flipping through channels, I probably wouldn't notice it if Alan Thicke was on Dancing with the Stars holding the mic instead of Bergeron. 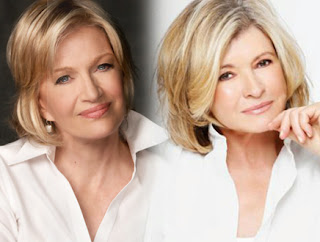 These two TV veterans always reminded me of each other. Thankfully, I'm not the only one who sees the similarities.

Martha has brown, squinty eyes and Diane has big, round, blue eyes. However, their hair styles, the closeness in age (Stewart is 72, Sawyer is 67), and the fact that they both work in television makes them seem more similar than they are.

Since they could both be my Grandmother, I can't comment on who looks better. 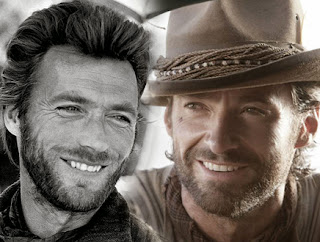 I don’t know how I didn’t see it before, but Hugh Jackman looks almost exactly like Clint Eastwood used to. There are a couple of minor differences – Clint having pointier features – but they could basically be brothers.

Evidently others have already noticed the similarities because I Googled “Clint Eastwood Hugh Jackman” and there are several graphics already made, comparing the two of them.

I must be behind on this one – probably taking a mid-afternoon nap. Seriously, that’s the best time to nap. Who says there’s nothing too look forward to about being a senior citizen?

Anyway, hopefully Hugh Jackman’s wife thinks Clint Eastwood is a hot senior citizen because that’s probably close to what Jackman will look like in 30 years.

Speaking of Clint Eastwood, his son has a celebrity look-a-like too. 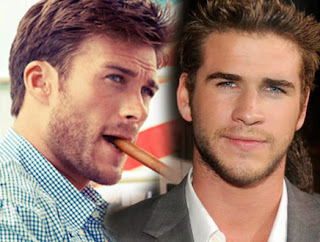 I didn’t even know Clint Eastwood had a son until some websites were going bonkers about some ‘new hot photo shoot of Clint Eastwood’s son.’ I guess he is, or was, a model?

Turns out there’s a Dirty Harry sequel in the works and Clint Eastwood’s son, whose name is Scott Eastwood, is going to star in it.

Back to his celebrity look-a-like though. Scott Eastwood and Liam Hemsworth have squinty eyes.

Just like Clint, Scott has pointier features, but if you cover up their noses, they could very well be the same person.

Since it didn’t work out with Liam, maybe Miley can give Scott a call. I wonder if he likes twerking?

Upon closer look, it seems like Scott Eastwood looks like different people, depending on the angle of the photo and his hair style... 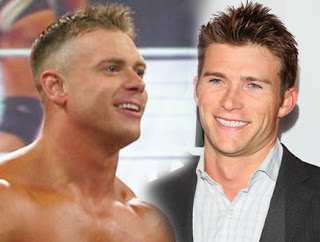 Eastwood has squinty eyes, while Riley doesn't. Riley, I'm sure, has more pounds of muscle on his frame too.

The hair style, the smile and the rest of the face look similar though. 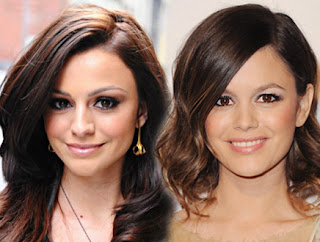 When I saw Cher Lloyd’s music video for "Want U Back," I thought she looked familiar. I couldn’t pinpoint it though. I watched the entire first season of Hart of Dixie on Netflix earlier this year and thought the same thing about Rachel Bilson.

Their smiles aren’t quite the same, but their eyes, hair and everything else are pretty much identical.

You can spot a few differences, but that’s also the case with real-life twins.

There’s usually a hotter twin in real-life sets too. Sorry Rachel, but Cher would be the hotter twin.