If I had a million dollars

The Powerball is insanely high again and there’s still a chance to go get a ticket. In fact, that’s probably what I’ll end up doing today.

If I suddenly end this blog or start posting pictures of exotic, foreign beaches, then you’ll know that ticket paid off.

In the event I win, this blog post will serve as a guide on how to spend my money. If I don’t, then this ends up being wishful (but fun) thinking.

There's quite a few things that I'd take care of first: pay off student loans, make investments for the future, etc.

Friends and family -- that's an obvious one. I'd give them some of the dough as well.

That's where the fun begins! 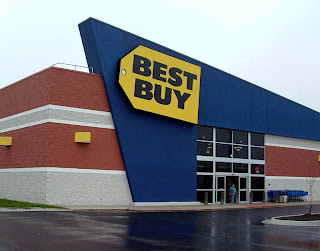 First, I’d make a trip to Best Buy, Target, F.Y.E and any other video retail store I could think of. I've always wanted to take a shopping cart and just walk through the DVD aisles, picking out whatever I wanted, taking it to the check out and buying all of it. I would likely drop a few thousand dollars right there.

What's on the list, though? What DVD's to buy? With millions of dollars you could buy as many as you want. Here are a couple of my first picks:

The Teenage Mutant Ninja Turtles box sex. I watched a couple of old episodes online and it's not as great as I remember, unfortunately. It's still awesome, but I didn't remember how cheesy it was.

It gives Full House a serious run for their money in that aspect. I would probably own it on DVD already, but they are pretty expensive in actuality. The ones I've seen at Target are $10 a piece (although they are much cheaper online).

It's not like they're packed with episodes either. There are about 10 episodes on each DVD -- far from the close to 30 episodes for a Gilligan's Island DVD that you can get for $10.

On a budget, that's not very cheap! If I was a millionaire, I wouldn't care, so that'd be one purchase right there.

The entire set of Star Wars movies (even Episodes I through III). They're classic. Even with crappy CG and their failing attempts to recreate that magic that was achieved with Episodes IV through VI, it's they're all still worth owning on DVD.

Disneyworld, here I come! I’ve never been to Disneyworld, so if I won the lottery, I’d be going first class. The castle is a hotel right? I’d stay there for sure. In addition to Disneyworld, trips to Wrestlemania, The Super Bowl, Machu Picchu, London, and Hawaii would follow.

In between my numerous trips I’d need a place to stay. I’m thinking an apartment in L.A. – while I pursue a career in scriptwriting. I wouldn’t want to buy a house right away because I’d need time to find the perfect spot. An apartment would give me a home base to stash my things, but wouldn’t require weekly maintenance, leaving me free to go explore the world. 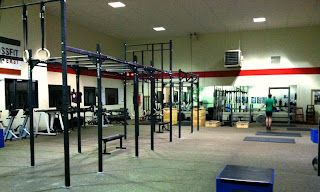 After I find the perfect spot and get the pad, I’d build a Crossfit gym. My own personal Crossfit gym. That’d be awesome! I could go to the gym at whatever time I wanted and do my own workout.

If I'm going healthy I'd need a part-time chef as well. I don't need a full-time chef because I'd be perfectly content eating leftovers the rest of the time.

I’d get a segway. I went on a segway tour a year or so ago and it was the first time I’d ever been on a segway. It was really fun to drive around the streets of Charlotte. I felt like I was one of the Jetson’s. With a large house and surrounding property (guest house, bath house, tennis court, etc.), I’d need a little something to get around in. Forget the golf cart! I’d get me a segway. 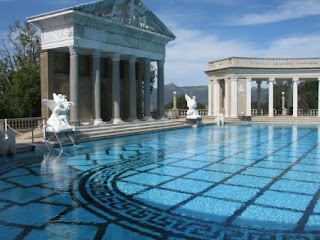 I would have a massive pool. I love to swim, but public pools (and even my apartment pool) are usually filled with people, so there’s not much room to do any lap swimming. I could get a membership to the YMCA, but if I’m rich, who needs the Y? Yeah, I’m thinking an Olympic-sized outdoor swimming pool, a smaller pool inside and two hot tubs (one outdoor, one indoor). That’d about cover it.

The Batcave would also be an essential part of the house. I wouldn’t build a $1-point-something million batcave like the dude from Connecticut did, but I’d have a nice home theatre system. I’ll need a place to watch all those DVDs I purchased.

A multi-regional DVD player would also be required. See, I’d be buying the Spellbinder DVD, which still hasn’t been released in the U.S. I guess my blog earlier in the year hasn’t gotten to the right circles yet.

I’d build a video rental store. When I was growing up I remember going to the video store every Friday night and picking out a movie. Walls filled with DVD’s – thousands of options to choose from. These days it’s hard to even find a video store that’s in operation. I’d change that, starting up at least one video store. Who knows – maybe it’d lead to a chain.

Hopefully a few of these other goals would be reached with my newfound fortune:

-Appear in a ‘Got milk?’ advertisement (I’m pretty much addicted to 2% milk)

-Take a trip into space (I wonder if Virgin Galactic provides a meal for that trip?)